Start-up ecosystems are now a global phenomenon and no longer limited to existing within the boundaries of Silicon Valley. The global spread of unicorns is widening, which demonstrates that start-ups today can be founded, funded and scaled outside of established tech ecosystems. The next unicorn could literally originate anywhere in the world.

However, as Silicon Valley exports its model of value creation globally, it becomes apparent that not all business environments foster the aspirations of entrepreneurs. The high-profile exile from public life of Chinese Big Tech founder Jack Ma in 2021 serves as a warning to up-and-coming entrepreneurs. The question of where to launch a tech start-up needs a considered approach, balancing the new global landscape with the risk of operating in a country where no one person – even the most successful founder – is too big to fail. 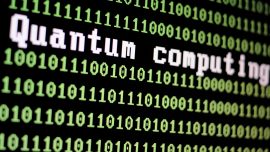 Innovation
Is Big Tech on the verge of taking a quantum leap? 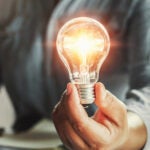 The benefit of being a native founder

Emerging economies often comprise fragile democracies with weak regulatory frameworks and government support along with the promise of a huge domestic market. The cost of doing business is often multiples cheaper than in more developed markets with the kind of demographics required to grow a consumer tech product, particularly in terms of data harvesting for AI development.

In addition, the ‘soft’ benefits of being a native entrepreneur include having a deeper understanding of the business environment. According to research by DotaHaven founder Kyril Kotashev on behalf of founder newsletter Failory, a poor product market fit is the primary reason start-ups fail.

Singapore-based ride-hailing app Grab is South East Asia’s first decacorn (a start-up that goes on to be valued at more then $10bn). The company was founded by Malaysia-born Harvard graduate and entrepreneur Anthony Tan, who chose his home continent rather than the US to launch his business.

According to Start-up Genome’s Global Start-up Ecosystem Report 2021 (GSER 2021), Asia-Pacific is home to 30% of the world’s top start-up ecosystems in 2021, compared with 20% in 2012. Of the 11 new ecosystems that made it into the top ecosystems list, six are in Asia-Pacific. Given its rising star status and with South East Asia’s digital economy set to triple to $309bn by 2025, Tan’s decision appears sound. Grab is now one of South East Asia’s most valuable companies at about $40bn.

Other US-educated entrepreneurs will follow Tan’s lead by founding their start-ups on their home continent, according to Cameron Johnson, who teaches at New York University’s School of Professional Studies in Shanghai, mentors at tech incubator Chinaccelerator, is the head of Asia-Pacific strategy for advisory firm FAO Global and a partner at consultant Tidal Wave Solutions.

Asia is huge market and Johnson credits Grab’s runaway success to the traction gained from having multiple markets on the continent. “It is not just Singapore, it is Malaysia and Indonesia and so on,” he says, comparing South East Asia with the US’s homogeneous domestic market.

The Harvard-educated entrepreneur says his experience living in the US helped him to see what is possible and how that can be transferred to the Philippines. Of choosing to establish his start-up in Manila, he admits that his market knowledge is an advantage but is still not a guarantee for local entrepreneurs. “The downside is access to investment compared with the US,” he says.

Going forward, David says the benefits of the decentralised autonomous organisation are now being realised, some of which will be focused on investing in start-ups. “Perhaps this will encourage more investors, not just in US, but local ones to invest more as it provides a different but more efficient structure,” he adds. For now, despite the advantages held by native founders, David says many still want to move to the US for its investment potential, although he adds that migrating to the US comes with difficulties for many.

On this theme, Johnson attributes the growing trend for native founders in developing markets to US immigration policy, which has seen many of his business students in Shanghai turned away from studies in the US on the basis of national security, which he considers overblown. “It is an issue that is heavily influencing choices for founders,” he says.

Start-up Genome’s GSER 2021 ranks Beijing as the world's fourth-best start-up ecosystem. Beijing is also the start-up ecosystem with the most unicorns with 93 local start-ups valued at $1bn or more, including the likes of Alibaba spin-off Ant Group and TikTok parent company ByteDance.

In November 2020, the highly anticipated initial public offering (IPO) of Ant Group was suddenly halted by Chinese regulators. It would have represented the most valuable global IPO to date. Alibaba/Ant founder Jack Ma subsequently disappeared from public view. Ma is one of the world’s most important entrepreneurs and his personal influence in China was equivalent to that of Amazon founder Jeff Bezos in the US. However, his outspoken media commentary about the Chinese Communist Party, in addition to the increasing influence of his social media platform, seemed to put him at odds with the country's government.

Ma isn’t the only Chinese billionaire founder to butt heads with the Chinese state. Wang Jianlin, founder of real-estate company Wanda, has moved away from the media spotlight in recent years, and Wu Xiaohui, founder of insurance company Anbang, is now in jail, with his company appropriated by the state.

In its TMT Predictions 2022, GlobalData predicts China's crackdown on large tech companies will continue into 2022 and beyond “as companies learn to align themselves with government priorities”.

Johnson contends that the Western view of the Chinese crackdown as menacing is misplaced. Rather than seeing it as a message to founders to toe the party line, Johnson says: “It is far more about competition and restoring equity and fairness to the market. The West sees it as exerting state power, but the reality is that Alibaba, for instance, controls much of the market and can essentially skew the entire society as a result.”

Native founders outside Western markets have found freedom from US Big Tech dominance, adds Johnson, which is another reason why they will continue to launch businesses in their home continents. “There is the feeling that US Big Tech is stifling innovation,” says Johnson, who adds that Grab and other companies could not have had the same success in the US or Europe as they did in Asia-Pacific because in their domestic markets “the big giants would not necessarily crush them”.

US founders are increasingly immigrants

According to the GSER 2021, North America contributed more than 50% of global start-up ecosystem value for the second year in a row in 2020, and produced more than 60% of global unicorns in those 12 months. As the democratisation of global tech hubs continues, and founders increasingly choose to launch businesses outside the US, the profile of founders within the US has changed. According to the Ewing Marion Kauffman Foundation, which focuses on fostering entrepreneurship, just over one in four new entrepreneurs in the US in 2019 was an immigrant, representing almost twice the share of entrepreneurs that were immigrants in 1996 (13.3%). Over this time period, the share of new entrepreneurs who were native-born decreased from 86.7% to 74.6%.

Outside of the US, Russia is a market with an educated population, a cost-effective technical skills base and a low corporate tax rate. However, businesses in the country also operate under EU and US sanctions, a fragile democracy and large levels of corruption and state interference. In 2014, Pavel Durov, entrepreneur and founder of Vkontakte, Russia’s equivalent of Facebook, sold his shares in the social networking site citing pressure from the Russian Federal Security Service over the data protection of the company’s Ukrainian users. Years later, in December 2021, Vkontakte announced the appointment of Vladimir Kiriyenko, the son of a Kremlin insider, as its new CEO. After a controversial takeover of Vkontakte’s holding company VK Group by a group of companies affiliated with state-owned gas giant Gazprom, the company Durov founded looks very different today.

Had Durov known the fate of his company at the time of launch, or indeed if he had had the opportunity to launch abroad, would he have still decided to build his company on home soil? These kinds of investment decisions are big considerations for all founders balancing the merits of their opportunity-rich domestic markets against the more saturated environments in the West. Even if their home market venture becomes a success, and unicorn or decacorn status is reached, the attention that this brings from the authorities can mean that these riches hang very heavily on the company's founders.