Berlin is the start-up capital of Europe and among the fastest-growing start-up ecosystems globally. (Photo by Stefanie Loos/AFP via Getty Images)

We have all heard the old lamentation that Europe needs more start-ups but isn’t doing enough to support its founders and inventors, that we are lacking start-up funding and venture capital (VC), and that conditions are bad in the continent.

So far, so dull, but is that really the case, or isn’t that more a reflection of Europe’s start-up ecosystems of a decade ago? Back then, founders did indeed lack support, but much has changed in the past decade, and it is time to take a fresh look at the old continent.

Let’s start with the places where it is all happening – or is said to be happening. Open any magazine on start-ups and you will read about Silicon Valley, the Boston area or the ‘Golden Triangle’ of Oxford, Cambridge and London. Maybe with the exception of the latter, it looks like this is very gradually becoming a tale of old. Insiders tell you that Silicon Valley has become too expensive, and that people are starting to leave, or aren’t arriving there in the first place any longer. For now, Silicon Valley is still the proverbial cluster of talent, tech and dollars – but in the fast-moving world of start-ups, you can quickly end up being yesterday’s news. Instead, there are already new ‘happening places’ emerging.

In conversation with: The Site Selectors Guild’s Chris Lloyd 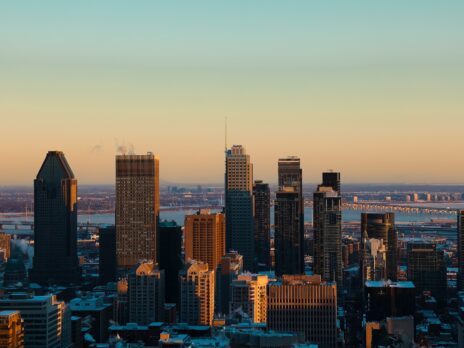 How Montréal is powering ahead in the hybrid work revolution

There is Berlin, the start-up capital of Europe and among the fastest-growing start-up ecosystems globally, which has a vast array of research institutes on AI and machine learning, and talent from all over Europe flocking to the city. Or Munich, where apart from a vibrant ‘insurtech’ industry, we find one of the most dynamic aerospace clusters in Europe. Key to Munich’s success is two of Europe’s top universities: LMU (Ludwig-Maximilians-University), and an impressive start-up cluster crystalising around the TUM (Technical University of Munich), which is probably the leading university-based breeding ground for start-ups in Europe right now. Big names such as Microsoft, Google, Apple and SAP are moving their advanced research units to the Bavarian capital where they can find cutting-edge research and talent at less than half the cost of Stanford.

Estonia, the tiny Baltic nation, is leading Europe in terms of start-ups per million inhabitants, while on a global basis, of course, there are two superstar locations for start-ups – Taipei and Hangzhou – outclassing most of the rest. At any rate, a lot is happening in the world of start-ups and one is well advised to not only look out for yesteryear’s champions.

Show us the money

Money is a perpetual lamentation of those writing about the start-up scene in Europe. It is undoubtedly true that the US has a considerably bigger VC scene; whether that has to automatically translate into a problem for potential founders in Europe is an altogether different question. As with most things, it is slightly more complex than many of the sensationalist five-word headlines convey. The large VC scene in the US and the more fragmented funding landscape in Europe are neither ‘good’ nor ‘bad’ per se; instead, it depends on the specific situation in question. It is admittedly more difficult to navigate the European funding market. On the upside this means that there will always be a second chance if you have bombed your initial pitch.

In order to discuss the complex subject of start-up financing, we should first look at fundamental principles, and, in a second step, highlight the various European funding opportunities.

The very early stage of a start-up – usually called the ‘seed phase’ – is the most difficult when it comes to attracting financing. With little more than an idea, at best a rudimentary business plan and not even initial prototypes, it is usually only the 3Fs (family, friends and fools) or business angels who are willing to open their coffers.

The start-up phase, where the founders start building the company, establish sales contacts and production facilities, also tends to be tricky, given that they need a lot of cash, while at the same time revenues and profits are still only a distant plan. In finance terms we speak of Series A and B, indicating the early phase of start-up financing rounds. If the start-up is successful and a more or less regular revenue stream is established, we enter the so-called ‘growth phase’. The founders have proven that the idea can work, and VC funds are taking a much lower risk when investing in Series C and D financing rounds. During these later stages, companies are starting to partially finance their operations through their own cash flows, or traditional high street banks finally dare to put money into these ventures. However, if the company is highly successful and grows exponentially, they quickly end up needing large sums to finance working capital and fixed-asset investments, which then far outstrip the cash generated by themselves. Venture capital is needed again, this time with big sums of money, especially for those on the road to unicorn stardom.

It is admittedly more difficult to navigate the European funding market. On the upside this means that there will always be a second chance if you have bombed your initial pitch.

While Europe doesn’t have as liquid a VC scene as the US, founders find a diverse range of possibilities to finance their venture. Especially in the early seed and start-up phase, Europe offers a wealth of government-backed possibilities that are largely unknown in the US and often create opportunities outstripping those of founders in the US. Take Germany, for instance, where founders can apply for Exist start-up grants, helping to finance the initial seed phase. Even more potent than this is Germany’s Seed Investment Fund HTGF (High-Tech Gründerfonds), which has so far financed more than 600 start-ups in IT, media, automation, health and other high-tech applications. As with Exist, the aim is not only to provide funds, but an entire ecosystem of experienced partners and mentors, helping to launch the start-up.

With seed and Series A investment rounds out of the way, the start-up is ready to pitch to the rapidly developing and vibrant German corporate venture capital (CVC) scene, with options such as Allianz X, BMW iVentures, Daimler Technology & Venture, Hasso Plattner Ventures, HV Holzbrinck Ventures, Next 47 and Robert Bosch Venture Capital, to name but a few. Most German stockmarket-listed groups and Mittelstand companies now boast their own CVC units, which in a highly industrialised country such as Germany offer opportunities that far exceed ‘mere’ funding.

The area where Europe is clearly lagging behind the US is the later stage/growth phase Series C and D funding rounds. This is especially relevant for large companies and budding unicorns, which require funding rounds of several hundred million euros. With Europe still lacking the necessary depth of a VC market, the old continent is (still) struggling to provide these sums. Highly successful start-ups therefore move to the US in order to secure these later-stage mega-funding rounds.

Europe also shines in another area: structural support and infrastructure of regional start-up ecosystems, while in terms of physical infrastructure China is currently by far the most impressive location. One tends to think about the 150 or so high-tech zones or a similar number of research parks attached to Chinese universities, but it is also a country where the business case for your venture could disappear overnight as e-learning providers found out to their detriment. Europe on the other hand offers great start-up infrastructure and a stable legal system that protects businesses.

Typical forms of start-up ecosystem infrastructure are as follows:

Incubators: Like so many things in the start-up universe, incubators and accelerators aren’t particularly well defined, and boundaries are somewhat fluid. Both seek to support founders with mentoring and coaching. Incubators tend to be more long-term in their approach and are often equipped with their own physical infrastructure. They can therefore provide the start-up with office space and workshops. Most incubators also offer financial support in exchange for a share in the start-up. Much like CVC units, these are often run by large corporations, aiming to discover promising new ideas out there. For start-ups this can translate into valuable contacts and relationships.

Among the most well-known incubators are hub:raum (founded in 2012 by Deutsche Telekom) and Rocket Internet. Both invest heavily in promising start-up ideas. Werk1, set-up in 2015 in Munich in an old factory, is a prime example of the fluidity of incubator and accelerators, operating at both ends of the spectrum within the insurtech and financial industries.

Accelerators: Accelerators tend to be faster paced, with large numbers of founders screened. Being accepted into the programme, these start-ups are put through high-pressure three to six-month programmes, honing early ideas into viable business cases. While funding and workshop infrastructure are rare with accelerators, they tend to offer valuable insights and allow for ‘fail early’ tests, ensuring that money is only invested into ideas that have a greater potential to fly.

Among the most well-known accelerators are the Axel Springer Plug’n’Play Accelerator (primarily focusing on seed and pre-seed start-ups), the ProSiebenSat.1 Accelerator and the Allianz Digital Accelerator, which again is more akin to an incubator, offering space and investment to new ventures in insurtech or fintech.

University-centred clusters and other start-up networks: As already mentioned, universities are an important nucleus for start-up ecosystems, being instrumental for talent and knowledge generation. In particular, universities with dedicated entrepreneurship units are central to this process. The most successful are arguably the start-up cluster by TUM but also the LMU Entrepreneurship Center Accelerator or HEC Startup Launchpad in Paris. Similarly, initiatives such as BayStartup which, through business-plan competitions, mentoring and networking events with potential financiers, provide practical support to founders.

Europe, we have an attitude problem

Europe does not have a talent, infrastructure or finance problem. Instead, we have an attitude problem. Any meaningful start-up culture needs space for failure, which means we need to work on two things. First, failure mustn’t automatically disqualify the person in question for all times. Instead, we should view this as a way to gain some valuable insights into how not to approach setting up a start-up. Here, we definitely still have a lot to learn from the US. Second, we must allow people to fail with their start-ups without destroying them economically. This should involve bankruptcy legislation that ensures they can get back onto their feet, and a social safety net that means those that attempt a start-up do not risk personal destitution if it goes wrong.

Finally, and perhaps most crucially, we must consider the question of why people try to start their own business. Is it because they have a great idea they want to bring to the world, or out of desperation for not finding a job? Arguably a large part of the low start-up numbers in central and western Europe might be more a sign of wealth and a robust job market, rather than a lack of ideas or funding opportunities. As long as a stable job is at hand, people will be less inclined to take the risk of setting up their own start-up.

Either way, Europe is far more start-up friendly and there is much more happening in Europe by way of start-up ecosystems than we are led to believe.