In non-Covid times, Brighton’s beach and pier are packed with tourists in high season. However, the virus has had a huge impact on an economy that depends heavily on holidaymakers. (Photo by Glyn Kirk/AFP via Getty Images)

Brighton is best known as one of the UK’s most popular tourist destinations. Tourism has been integral to the city’s economic development since it became popular in the 19th century when it grew rapidly with the arrival of the railway in 1841. Brighton’s increasing popularity as a fashionable tourist destination saw it expand to include nearby Hove in 1997, eventually gaining city status in 2000.

The Greater Brighton City Region has an economy worth £21bn and supports 400,000 jobs, according to Brighton City Council. However, the impact of the Covid-19 crisis and Brexit on the region’s businesses is already apparent through declining economic growth and unemployment figures, which reached an all-time high of 11.48% in 2020, according to Investment Monitor’s City Database. Added to this is a nominal annual GDP that has been gradually declining since its peak of 8.52% in 2012, to 3.68% in 2019, according to Investment Monitor figures. The rate plummeted to -5.36% in 2020 due to the Covid-19 crisis with projections showing a recovery to 1.62% by 2025.

The Institute for Employment Studies (IES) estimates that 86% of Brighton’s businesses – many of which service the tourism sector – employed ten people or fewer in 2019. The pandemic has proved precarious for small businesses. Gavin Stewart, executive director of Brighton & Hove Economic Partnership, says that for the SME sector cash is still king. “The healthy bottom line of so many businesses relies on the flow and availability of the money to pay for all those overheads that haven’t been mothballed during the pandemic,” he says. 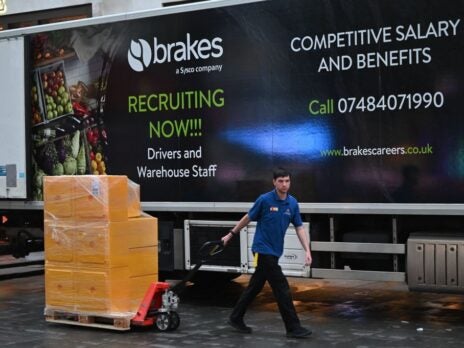 Although only 3% of Brighton’s businesses employ more than 50 people, they account for 44% of the workforce, according to the IES, which makes clear to policymakers that the region’s economic recovery will depend on its ability to attract and retain large businesses.

US financial giant American Express’s European headquarters has been located in Brighton for decades. The company is Brighton’s flagship foreign investor and the city’s largest private employer, with more than 3,000 staff. The presence of a handful of large financial services employers including Domestic and General means that financial services saw the highest gross value added (GVA) growth in Brighton between 2000 and 2018, according to ONS data.

Although Brighton has failed to attract any other big foreign companies, the past year has seen digital gaming companies from the US and Scandinavia invest in Brighton despite the pandemic, according to inward investment consultant Adam Breeze. “There is an increasing awareness of Brighton’s start-up credentials and a growing cluster of people in the tech space,” he says.

The tourism and services sector has had a difficult year all over the globe, and Brighton has not been spared. Councillor Martin Osborne, joint chair of the city’s Tourism, Equality, Communities and Culture Committee, says that while government schemes such as small grants, loans and rates reductions have been a lifeline throughout the Covid-19 crisis, they are still not enough. “There will be some sad business casualties of this pandemic; however, we have fought hard to protect the most vulnerable and shore up support,” he adds.

There is an increasing awareness of Brighton’s start-up credentials and a growing cluster of people in the tech space. Adam Breeze, inward investment consultant

Greater Brighton Council released a Covid-19 impact report in July 2020, which found that although tourism was down 90% in April 2020, Brighton’s heavy dependence on domestic rather than international tourism will help the sector’s recovery. Gatwick Airport has estimated it will take four to ten years for international traffic to return to previous levels indicating that international tourism may remain in decline for some time.

The report estimates the biggest impact to the sector will be to large events. including conferences. This has affected large public events such as the Brighton Marathon, Brighton Pride, and the Brighton Festival and Fringe, and is estimated to have cost Brighton and Hove at least £100m in lost revenues. The council’s assistant director for culture, tourism and sport, Donna Chisholm, told the Policy and Resources Recovery Sub-Committee in early January that she thought half of Brighton and Hove’s creative and cultural sector could be lost, and proposed a “creative worker income guarantee”, which has yet to be agreed.

Council support has included the establishment of a Christmas market in the heart of the city and a plan, working with the Arts Council, to develop a package of support for the arts, culture and event economy, says Osborne.

Added to the damaging impacts of the Covid-19 pandemic, Brexit looks set to have far-reaching effects upon Brighton’s economy. The Chair of Brighton and Hove City Council’s Brexit working group, Councillor Marianna Ebel, is concerned about the impact on local businesses. “There is no doubt that Brexit has had a huge impact on services – not least planning, preparation, support and advice – at a time we would have preferred to spend on supporting our residents through the pandemic,” she says.

Council preparations include a Brexit resilience and planning group established in 2018, funding the Brighton Chamber to organise and run post-Brexit support webinars, and a city-wide campaign to encourage European residents to apply for the EU settlement scheme.

Whether these efforts are enough to mitigate widespread economic damage remains to be seen. “Businesses, large and small, are all asking the same thing – for support from their local authorities to lobby government,” says Stewart. “Be that for flexibility in the planning system, or simply more financial support.”

According to the New Statesman’s Brexit Vulnerability Index, which examines the UK’s different local authorities for how they might fare economically in the post-Brexit period, Brighton and Hove ranks a positive 329th out of 379 overall.

Brighton ranks 343rd out of 379 for employment with estimates showing that up to 47.8% of trade-oriented jobs could be affected by a change in the volume of trade in goods with the EU, compared with a 52.8% national average.

Brighton scored a worrying 115th out of 379 for funding in the vulnerability index due to the £91m in EU grants the region received between 1995 and 2020 through various EU programmes in regional development, agriculture, academia and culture – all of which will leave a significant post-Brexit funding gap. Councillor Ebel believes Brighton will face the impact of this funding loss, particularly around skills and support for young people. “We have fought hard to mitigate this through increased support for youth investment,” she says.

Already suffering the loss of service and tourism industry jobs from the Covid-19 crisis, any further job losses to trade disruption will see unemployment become a significant challenge for Brighton over the next five years. Unemployment in the city rose from 7.83% in 2019 to 11.48% in 2020. Despite an expected gradual decline over the next five years, Investment Monitor data projects the rate will remain relatively high at 10.26% by 2025.

Homelessness in Brighton has been another long-standing problem, which has only been exacerbated by the pandemic. Data released by the UK Ministry of Housing, Communities and Local Government in November 2020 ranked Brighton as the UK local authority with the second-highest rate of homelessness linked to the Covid-19 pandemic (see chart below). With 359 people in emergency accommodation, only London had a higher number of people in crisis.

The city of Brighton has long been associated with the UK’s Green Party, electing its first MP, Caroline Lucas, to parliament in the 2010 general election. The city has been quick to adopt a green agenda, and in October 2020, the Greater Brighton Economic Board launched its GB10 environmental programme, which pledges to ten commitments to tackle climate change.

City policymakers hope to integrate this environmental commitment into the local transport sector and wider economy. In December 2020, the Riding Sunbeams project to build a solar energy plant to power East Sussex’s railways was announced and backed by the Greater Brighton Economic Board under the GB10 programme. The project was awarded £2.5m from the South East Local Enterprise Partnership as part of the government’s new Getting Building Fund. The solar farm is expected to supply power to the local railway network by March 2022.

In addition to the council’s efforts to foster a green economy, other green shoots for Brighton’s economy include its educated workforce. According to Nomis data, 56.4% of Brighton’s adult population were educated to NVQ4 standard or above, compared with a national average of 40.3%.

With the warmer months on the horizon and many of the UK’s population still wary of international travel, Brighton may see an economic uptick in tourist numbers from holidaymakers opting for ‘staycations’. This potential silver lining could help to herald a return to normality for the city, and lead the way towards economic recovery.