Scotland appears to be inching its way towards another referendum over its independence from the rest of the UK. Regardless of whether a newly elected prime minister in Westminster will authorise it, or simply ignore the cries from elected Scottish representatives, the independence argument is at its most heated since the last such vote in 2014.

As a result, the Scottish government, ruled by the Scottish National Party (SNP), has been publishing a number of papers around the topic of independence. The 14 June 2022 paper entitled ‘Independence in the modern world. Wealthier, happier, fairer: why not Scotland?‘ looked to benchmark the potential of an independent Scotland against comparable countries such as Denmark, Ireland and Finland.

Yet, how comparable are these countries and how significant should the conclusions drawn be to Scots trying to decipher their feelings on Scotland’s potential as an independent nation?

FDI in Scotland and its comparator countries 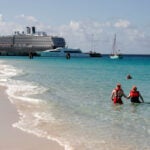 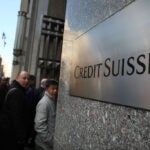 In the economic and social context section of the SNP’s paper, the reasoning for the selection of these ten countries is that they are all “relatively small nations in close geographic proximity to Scotland” and that “they provide relevant examples for an independent Scotland to learn from and possibly emulate”.

The paper claims that these ten countries outperform the UK across a range of economic and social metrics.

However, when looked at through the lens of foreign direct investment (FDI), the UK outperforms the ten comparator countries.

When it comes to attracting FDI projects, the UK sits comfortably ahead of each of these ten countries, well ahead of the next best-performing country, the Netherlands. Within the UK, Scotland was the second best-performing region across 2020 and 2021, behind only London, bringing in a combined 229 FDI projects. When comparing Scotland’s FDI performance with the Netherlands in 2021, Scotland had less than half of Netherlands project numbers (315) with 122. In fact, when looking at the comparator country list as a whole, Scotland’s FDI project numbers would rank sixth in 2021, placing the country between Switzerland with 146 projects and Finland with 119.

Scotland's FDI attractiveness has shown an impressive improvement over the past decade, rising from 76 projects brought in in 2012 to 122 in 2021. When looking at the countries used for comparison in the SNP report, Scotland's FDI projects in 2021 would rank above Finland, Sweden, Austria, Norway and Iceland. It is, however, impossible to know whether that growth is bolstered or hindered by being part of the UK.

While the SNP paper did not include FDI figures, it did present a series of economic indicators for which the UK scored poorly when ranked against the ten comparator countries.

The data presented undoubtedly shows the UK in a grim light, a country with high levels of debt, rising inflation and a population that is working for little reward.

While the paper showed that when divided per head in 2020, the UK’s GDP ranked behind all ten comparator countries, when viewed over a wider timeframe, between 2011 and 2021, the UK leads when measuring total GDP. This is perhaps not surprising given that the UK has a significantly bigger economy and population than the other comparator countries. However, this could mean that independence could actually benefit the rest of the UK. If the remaining UK no longer had to extend their total GDP across Scotland’s 5.5 million population, they could see their GDP per head improve following Scotland’s exit.

However, the value of what Scotland contributes to the rest of the UK is an ambiguous and widely debated issue. Without being able to conclude what the loss of that contribution would be, it is difficult to know what value of GDP would remain once those 5.5 million Scottish heads are removed from the equation.

The potential benefit to the remaining UK’s GDP per head aside, if Scotland did become independent the division of its own GDP could potentially mirror that of its comparator countries. Scotland’s trend in population growth particularly resembles Norway, Denmark and Finland (as shown in the chart above) with these countries ranking third, fourth and ninth for GDP per head of population in 2020, respectively, according to the Scottish government’s paper. If Scotland were able to muster the same level of economic pulling power the country’s future GDP per head could be promising.

Despite 2020 seeing a contraction in Scotland’s gross value added (GVA), as shown in the above chart, this should be considered within the context of the Covid-19 pandemic. Overall, Scotland’s GVA has seen positive growth between 1998 and 2020. How much of a help or hinderance being part of the UK is when it comes to Scotland's GVA performance is impossible to know, but the upward trajectory it has been on over the past 22 years has been impressive.

The argument set out in the SNP paper states that “the full powers of independence would allow [Scotland] to go further and achieve better outcomes”.

While a data-driven review of a potential independent Scottish economy provides much food for thought, it is important to note that all the comparable countries have been independent for many decades, even centuries, however comparable in size or population they are. Their economies have been shaped by their locations, their neighbours, conflicts, industrial trends, recessions, boom times and myriad other factors that are unique to each country. Is it therefore not of greater value to judge Scotland's potential as a non-UK country by comparing it with locations that have declared independence more recently?

Can Scotland be compared to former Yugoslav nations?

At the time of writing, the six youngest countries in the world are Palau (which has been independent since 1994), Timor-Leste (2002), Serbia and Montenegro (which separated in 2006), Kosovo (2008) and South Sudan (2011). However, the nations of South Sudan, Palau and Timor-Leste are barely comparable to Scotland when considering geographical location, population and their political and economic landscapes.

From the above list, Kosovo, Serbia and Montenegro are most relevant for comparison to Scotland geographically, with all three countries being based in the Balkans. However, their relevance as independent nations should be considered within the context of their history.

The breakup of the former Yugoslavia (creating the independent countries of Bosnia and Herzegovina, Croatia, Montenegro, North Macedonia, Serbia and Slovenia) provides the most relevant case studies when considering potential comparators for an independent Scotland's potential.

The official declaration of independence for Bosnia and Herzegovina, Croatia, North Macedonia and Slovenia came in the 1990s, ahead of Kosovo's break from Serbia in 2008. However, it can be argued that the shared history between these nations means that a comparable independence to what Scotland could likely expect should be measured against the period in which the conflict began to subside between the former Yugoslavia nations in 2001.

Within these countries, Croatia, Serbia and Slovenia share the most similarities with Scotland when it comes to economies and population sizes.

The FDI story for these nations has been volatile between 2003 and 2021. Notably, although all three countries saw a decline in announced FDI greenfield projects between 2008 and 2009, as the global financial crisis took hold, Serbia did see a significant rise in FDI project announcement numbers following the breakup between Montenegro and Serbia in 2006. Do these FDI numbers for Serbia show that leaving a union can be seen as a positive by foreign investors? Scotland's FDI figures look healthy with it as a member of the UK, but there is nothing to suggest that this would cease to be the case were it to achieve independence.

The former Yugoslav states were emerging from a war, and many of these newly independent countries needed a great deal of rebuilding, which is often a huge draw for FDI. An independent Scotland would not have such carrots to dangle in front of prospective foreign investors. It would, however, retain many of the 'soft' advantages that it holds within the UK (and which have worked in the favour of Ireland), such as English as a first language, a time zone that takes in the opening of business in the Americas and the close of business in Asia, a rule of law that is trusted and respected on a global level, as well as a world-class higher education system and a reputation for innovation and culture.

The likes of Serbia and Croatia show that newly independent European countries can thrive and carve out their own industrial niches. Scotland would have many cards up its sleeve upon achieving independence, but would perhaps not quite have the clean slate that the Yugoslav states had. The divorce with the UK wouldn't be as bloody as Yugoslavia experienced in the 1990s, but on an economic level it could get very messy. Just how messy will be at the forefront of all parties' minds should another independence referendum be held.