The second-largest city in Norway – with a population of approximately 277,000 – Bergen prides itself on being the gateway to the country’s world-famous fjörds and at the forefront of its blue economy. 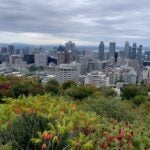 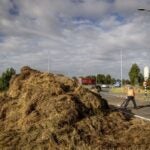 Analysis
Why are countries introducing nitrogen reductions in farming?

This figure bounced back again in 2021, to $78.9bn, showing the strength of the city. Indeed, Tone Hartvedt, manager at investment promotion agency Invest in Bergen, tells Investment Monitor that while the pandemic has been tough for the hospitality sector, the past two years for other business sectors in the city have been “quite good”.

He adds that going into the pandemic, Norway had a high level of digitalisation, so was well-prepared for the shift to working from home.

The revenue of the Port of Bergen did, however, see a contraction as a result of the pandemic, as the chart below shows.

On the other hand, the volume of cargo handling in the Port of Bergen and Omland did see a peak during 2020, to 58.87 million tonnes from 44.17 million tonnes the previous year, as can be seen in the chart below.

Along with shipping – and all things related to the ocean economy – Bergen is a hub for fish farming with Norway being the number one producer of salmon in the world.

Hartvedt explains how it is central to the city’s economy – which also hosts Norway's Institute of Marine Research – and attracts investors to it but nonetheless presents challenges.

Fish farming has not always had the best reputation and raises concerns over its sustainability, but Bergen is looking to overcome this problem.

Hartvedt explains how the city is now looking at taking more fish farming “onshore to see if we can get rid of some of the challenges with this”.

Having the Institute of Marine Research in Bergen and a start-up ecosystem linked to the ocean economy gives students at the University of Bergen options to stay in the city after they have completed their studies, explains Camilla Stavnes Hisdal, who is an international adviser within the city government.

She points out that the collaborative link between private companies and the university, along with the dynamic environment in Bergen's start-up and innovative companies ecosystem, are the factors behind why many professionals are choosing Bergen over big European cities.

From gas and oil towards net-zero

This innovative business ecosystem is necessary for Bergen's shift towards net zero. This is particularly important as Norway is well known for its gas and oil sectors, which are not exactly sustainable.

Hartvedt, however, sees the country’s expertise when it comes to energy as a positive, given how the country can employ its know-how towards shifting to net zero, such as in the case of building offshore wind sites.

“We have learned about building huge oil platforms in the ocean, and we can now take this competence and do it with offshore wind," she says. "We also have harbours and we are used to these kinds of big installations.”

For example, ​​global energy company Equinor is currently developing Hywind Tampen in Bergen, a floating wind power project intended to provide electricity for Equinor’s key offshore sites in the North Sea. According to a press release, the project “will be a testbed for Equinor as it explores ways to industrialise and reduce costs for future offshore wind projects”.

These steps come as Norway has committed to reducing its carbon footprint by more than 50% by 2030, along with achieving net zero by 2050.

With this in mind, Hardvedt explains how Bergen is becoming a hotspot for battery manufacturing, especially for the shipping industry, creating hybrid and electric ships, which are “the future of shipping”, she says.

By late 2024, Hartvedt hopes Bergen will have its hydrogen factory finalised, helping towards its net-zero goals and finding alternatives to fossil fuels for its shipping industry.

Again, for Hartvedt, Bergen’s confidence in achieving its net-zero goals comes from its “competence from oil and gas in these new and coming industries”, she says, adding that “there are so many possibilities within both the shipping and the seafood industry for the future”.

“Society as a whole, the whole of Europe and the whole world, has to find new ways of doing things,” she says.

How Bergen perfected the work-life balance

Being a “very small country in a big Europe, and lying in the outskirts of Europe” presents a big challenge, says Hartvedt, especially to foreign investors used to London or Paris, or most German cities.

However, Bergen’s secret weapon is its enviable location – by the fjörds and surrounded by seven mountains – and its openness due to centuries of maritime trade.

Work-life balance is one of the selling points of Bergen, with it being a small but vibrant city where normal office hours are from 8am to 4pm, and from the office you can go for a hike in the mountains in about 15–20 minutes, according to Hartvedt.

It also has the vibrant atmosphere of a university city, explains Hisdal, who says: “The city centre is quite compact, meaning that the university buildings are located within it, so you get the feeling that it is a university city when walking around.”

Despite its relatively small size, Bergen seems to have many of the qualities needed to emerge from the Covid-19 pandemic in strong shape, with its expertise in energy having the potential to put the city at the heart of a Europe-wide move to all things renewable.

This is the second in Investment Monitor's Future of Nordic Cities series. We have already profiled Stockholm and Helsinki, and in the coming weeks we will cover Malmo, Reykjavík, Oslo, Copenhagen and Gothenburg.

Montreal is forecast to have the best economic growth in Canada for 2022 and investment is playing a large role in driving this. There is a multitude of reasons why investors are choosing Montreal. It is cheaper to run a business in a city that combines lower living costs with a better quality of life. Tech is a particularly booming sector, with Greater Montréal having the fifth-highest concentration of tech jobs among the largest metropolitan areas in Canada and the US. Facebook, Microsoft, and Google have all set or expanded operations in the city in recent years. To find out the multiple advantages Montreal has for investors and how Montreal International can help, download this document.
by Montreal International
Thank you.Please check your email to download the Whitepaper.
Topics in this article: Greenfield investment, Sustainability