The flyover states, so-called because people tend to fly over them, are often overlooked as foreign travellers, companies and investors flock towards geographies they are more familiar with, such as the east and west coasts of the US. 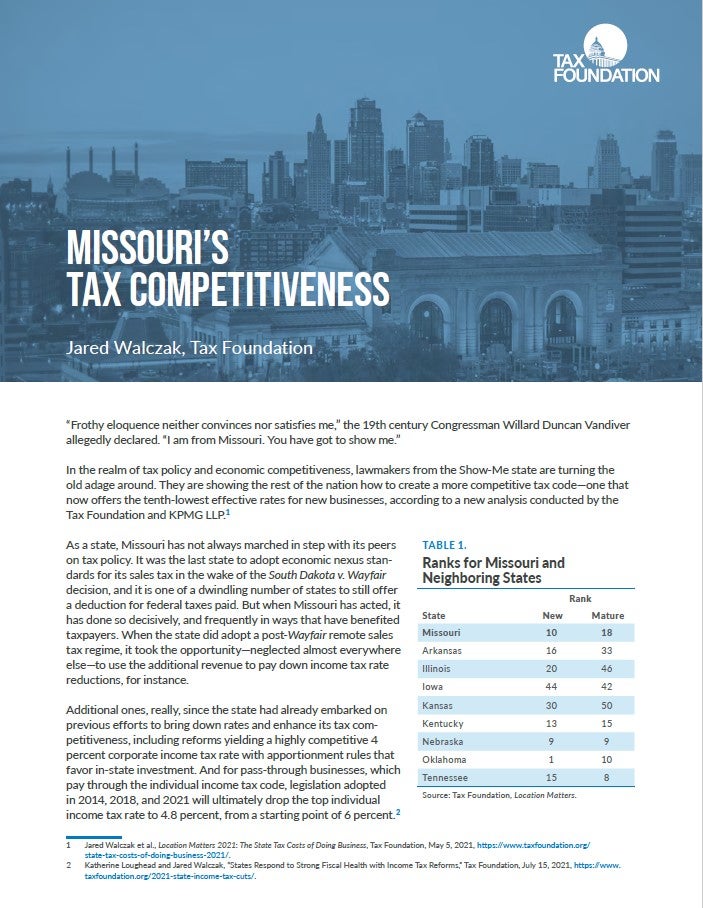 But the Midwest region is dotted with urban hubs like Kansas City and St Louis, and rife with sprawling rural land. The combination means that for travellers and people living there alike, anything is within reach, whether it is a night out catching a musical, visiting a world-class museum or zoo, or a weekend away fishing and hiking in state and national parks.

“It is a huge economy when you look at the whole Midwest,” says Subash Alias, the CEO at Missouri Partnership, the state’s public-private economic development organisation.

And that economy isn’t just made of corn. While agriculture is a major component of the region’s economy, industry and manufacturing, plant sciences and agtech, aerospace and tech services also drive the economy.

The economy in the middle of America: more than agriculture

To fuel further economic growth, one Midwestern state is opening its doors to foreign companies. Missouri, which is bordered by eight states, is the statistical population centre of the US, according to the 2020 US Census.

“For anyone who is involved with manufacturing or distribution, there is no better place statistically speaking than Missouri to do it,” says Alias. “You can capture the bulk of the US population in just  two days’ drive from Missouri depending on where you are in the state.”

Missouri has three foreign trade zones: the St Louis County Port Authority, the City of Springfield and the Greater Kansas City Foreign Trade Zone. Somewhat confusingly, Kansas City isn’t just in Kansas; the city sits on the state’s border with Missouri and is split between the two states, with most of the business centre of Kansas City located within Missouri.

Beyond location, the state offers a 4% corporate income tax rate – which ties for the second-lowest rate among states that have such a tax – and affordable labour, real estate and construction costs. Missouri’s hourly wage is 11.1% lower than the US average, according to the Bureau of Labor Statistics (BLS) 2020 annual report and the National Center for Education Statistics.

The state also offers some of the most reasonable utility costs for businesses in the US. Commercial electricity costs are 20% lower than the US average, at $0.92 per kilowatt-hour, according to the Energy Information Administration in 2021.

Because of Missouri’s centrality, raw goods can be moved easily from the coasts to the state via rail, interstate or air freight. A new direct flight from St Louis to Frankfurt on Germany’s Lufthansa airline has further opened Missouri to Europe and the wider world.

“Being in Missouri can lower overall shipping costs. You diversify your options by being in the middle of the country,” says Alias.

These factors taken together mean that Missouri has become a hub of innovation across advanced manufacturing, plant sciences, geospatial technology and animal health. Missouri also boasts one of the fastest-growing renewable energy sectors and employed more than 51,500 people by the end of 2020, according to a report by Environmental Entrepreneurs and the Clean Energy Trust.

Major companies are moving into Missouri. There are more than 700 international companies that operate in the state. In 2021, the state sent $15bn worth of goods to the rest of the world. Giants such as Amazon and Meta, formerly Facebook, have recently set up shop in Missouri.

“As we see the metaverse begin to expand, we are going to play a role in that in Kansas City and in Missouri,” says Alias.

Part of Missouri’s appeal is its 3.1 million-strong workforce and its adamant attitude that its workers should have access to training and upskilling opportunities. In 2019, Missouri became the number one state for workforce talent development and on-the-job training, and the state’s graduation rate is 4.4% higher than the US average, according to the BLS 2020 report. The Missouri One Start programme offers free community college degrees for adults, and the Center for Advanced Professional Studies programme puts high school students into healthcare, engineering, advanced manufacturing or tech industry facilities where they get high school and university credit, as well as real-world experience.

From a lifestyle that offers the buzz of a city with the quiet outdoors nearby, to attractive tax rates, a trained labour force and the low-cost of doing business, foreign companies across a number of sectors are increasingly considering Missouri. The state’s location means its culture is distinctly Midwestern, with flavours of the coasts and everything in-between.