Hydrogen is rapidly gaining momentum as a replacement fuel to decarbonise heavy-emitting industries. A key sign is in the projected growth of the global hydrogen generation market, soaring from $136.96bn in 2022 to $1trn by 2050, according to Goldman Sachs estimates. 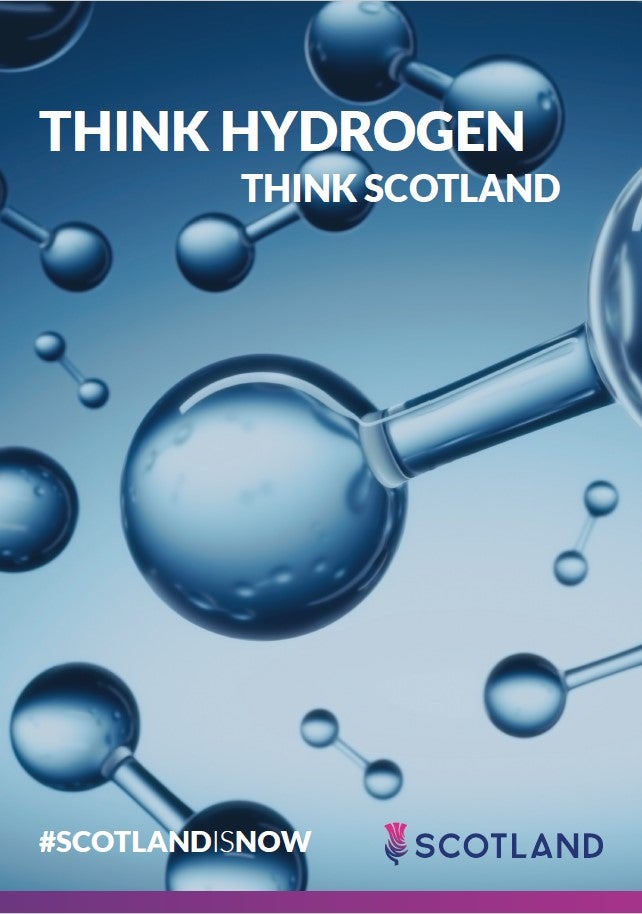 With the world in a grip of an energy crisis, hydrogen offers a means for countries to gain energy independence through domestic production, as well as opening up opportunities for exports. However, for hydrogen to become the fundamental fuel source in decarbonisation many are predicting, production needs to scale up dramatically and be significantly cleaner than current levels.

At present, approximately 90 million tonnes of hydrogen is produced through steam methane reforming of natural gas (grey hydrogen) or from coal (brown hydrogen). While the chemical element itself produces no emissions when burned, the production of grey or brown hydrogen emits an estimated 800 million tonnes of carbon dioxide (CO2) a year – equivalent to the annual CO2 emissions of Germany.

Cleaning up hydrogen production either requires electrolysers powered by renewables to make green hydrogen or adding capture carbon and storage (CCS) technologies to existing processes to create blue hydrogen. While the technologies required for both processes are proven at small scales, they need upsizing at a rate and scale rarely seen before.

With its ambitious targets for hydrogen, Scotland is making significant strides with both technologies at the scale required. By 2030, the country plans to achieve 5GW of installed capacity from low-carbon or zero-emission hydrogen production. For context, 5GW of production capacity would produce a volume of hydrogen with an energy content equivalent to 15% of Scotland’s total energy demand. Then, by 2045, the country’s ambition is to reach 25GW of installed capacity, which is expected across a potentially diverse range of industries – with considerable demand currently predicted, for example, in the maritime and aviation sectors.

Demand for electrolysers is set to skyrocket over the next few years, as they are essential for creating green hydrogen by dividing water into its two chemical elements – oxygen and hydrogen. Currently, the electrolyser industry is relatively small and does not exist on the scale required to deliver the millions of tonnes of hydrogen expected to be produced every year in future. However, the capacities of electrolysers are expanding in Scotland.

“If you look at the electrolyser industry, it’s effectively a cottage industry right now,” explains Jamie Robinson, hydrogen specialist for Scottish Enterprise’s low-carbon transition team. “These units are generally built in low volumes. They are put together by hand, but once we get gigafactories and automation involved in that process, the price of electrolysers is going to come down, which is a significant part of the cost of hydrogen.”

Perhaps the biggest challenge for green hydrogen is the electricity from renewables, which accounts for 80% of the costs.

However, renewables are where Scotland has a big advantage. Energy concepts that may have been deemed too ambitious even a few years ago are now moving closer to becoming a reality. Less than 20 miles from Glasgow city, the UK’s largest electrolyser is being built at Whitelee wind farm. The 20MW proton exchange membrane electrolyser will be powered by the UK’s largest onshore wind farm, generating up to 539MW from 215 turbines.

Once operational, it is estimated that the facility will be capable of producing eight tonnes of green hydrogen a day, which would be enough fuel for 550 buses travelling from Glasgow to Edinburgh and back again. The facility could even be supplying hydrogen commercially as early as the end of 2023.

As Scotland has a substantial amount of Europe’s offshore wind resources, the nation has a significant advantage in the energy required to develop green hydrogen production. Several Scottish projects are the first steps towards the much larger goal of unlocking this immense potential. The intention is that small demonstrator projects will enable future hydrogen production at a gigawatt scale from the vast offshore wind farms in development – such as those included in the Scotwind leasing round, which could add a combined total approaching 28GW to Scotland’s energy generation capacity.

One key project to realising this potential is off the coast of Aberdeen, where the 10MW Dolphyn demonstrator is intended to prove the viability of producing green hydrogen from floating offshore wind turbines. Recently, Principle Power was awarded a front-end engineering and design contract for the project.

Another important demonstrator project located nearby is Vattenfall’s HT1, which seeks to develop the world’s first hydrogen-producing offshore wind turbine, with the electrolyser installed directly onto an existing 8.8MW turbine at the company’s operational 97MW EOWDC Aberdeen Bay wind farm.

While up in Orkney, a project will harness a largely untapped renewable energy source that Scotland has in abundance. The European Marine Energy Centre’s Hydrogen Production Site will use tidal energy to power an electrolyser provided by Elogen. The coastal waters around Scotland are also estimated to have a substantial proportion of all of Europe’s tidal energy potential, with turbines already powering electric vehicle charging stations in Shetland. These tidal resources can also make a large contribution to green hydrogen production.

With the huge potential for green hydrogen production projects in Scotland, the country is viewed by many in the energy industry as a prime location for electrolyser manufacturers to set up facilities to meet the expected rapid increase in demand for these vital units.

Although the long-term goal in Scotland is to focus on green hydrogen, the importance of blue hydrogen cannot be overlooked in terms of scaling up production capacity and building reliable supply volumes to meet demand at a reliable commercial scale, as well as establishing the infrastructure.

Despite the production of blue hydrogen requiring natural gas, the crucial addition of CCS significantly lessens the environmental impact.

“Blue Hydrogen will be the ‘market-maker’ for any future hydrogen-based economy,” explains Mark Hughes, operations manager at NECCUS. “The deployment of CCS technology and the attendant blue hydrogen production is likely to precede the ‘at scale’ production of green hydrogen.”

NECCUS is a partnership between government, industry and energy experts aimed at driving down carbon emissions from Scotland’s industries. A key project is Scotland’s Net Zero Roadmap, where NECCUS is working with 20 of Scotland’s largest emitters to develop plans for each of them to decarbonise over the next two decades to reach net zero with the rest of the country by 2045.

Beyond hydrogen, CCS has wider importance in Scotland’s decarbonisation plans. NECCUS revealed that its ambition is to store up to ten million tonnes of captured carbon CO2 by 2030, making a significant contribution to both Scottish and UK net-zero targets.

CCS also has economic benefits, creating tens of thousands of jobs in areas such as north-east Scotland and allowing existing industrial sectors to continue manufacturing to safeguard employment in these vital industries in the transition to a low-carbon economy.

There is a push in Scotland to obtain the status as one of the UK’s four CCS clusters by 2030, with the Department of Business Energy and Industrial Strategy forecasting that £15bn will be spent in these specialist areas. With Scotland’s heritage of offshore and onshore engineering, it is well-placed to achieve cluster status and maximise investment opportunities.

Furthermore, much of Scotland’s infrastructure and experience gained from the North Sea oil and gas industry is transferable for both hydrogen and CCS, and there are multiple first-mover opportunities in Scotland for these new energy sectors.

“We are keen to take advantage of the first-mover opportunities available so we can unlock that investment and other countries don’t beat us to the prize,” adds Hughes. “The more investment you get, the more costs will come down, and the technology improves. That is what we are expecting to happen with carbon capture.”

Scotland has extensive resources when it comes to potential storage for captured carbon, utilising many of the oil and gas fields in the North Sea. With many other countries seeking locations to store captured carbon underground, Scotland could be a leading destination.

“We have vast reserves that are geologically sound, and that should be an attractive proposition to send your carbon to Scotland to be permanently stored under the North Sea,” adds Hughes.

However, not all captured carbon will be stored underground. Scottish Enterprise’s £5m CO2 Utilisation Challenge Fund is designed to encourage R&D innovations that will turn captured carbon into commercially valuable products or materials, with grants available for projects.

“We can see ourselves becoming global experts in CCS,” comments Hughes. “If we get the technology and projects up and running, we gain that experience and we can take our expertise throughout the world as did with the way the North Sea oil industry developed.”