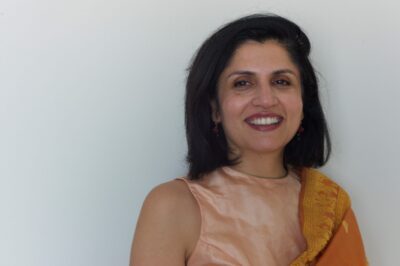 Dr Jyotsna Puri, associate vice-president of the Strategy and Knowledge Department at IFAD, has reducing levels of rural poverty among her key priorities. (Photo by IFAD)

Recognised in 2019 by the Global Landscapes Forum as one of 16 female global leaders leading the work on restoring the Earth, Dr Jyotsna Puri has ambitious plans for her new role in the UN’s International Fund for Agricultural Development (IFAD).

Previously the director of the Environment, Climate, Gender and Social Inclusion Division, Puri now takes up a new position as associate vice-president of the Strategy and Knowledge Department, and aspires to make the organisation “future-fit” as the rural landscape evolves in the developing world.

“I think IFAD is one of the few organisations that has given [high] prominence to strategy and knowledge, and I think it speaks to the overall vision of the [IFAD] president that we have to think about our strategic positioning, which is based on knowledge and evidence and which makes the organisation then far more future-fit,” says Puri.

She adds, “with no malice”, that other very large organisations do tend “to be short term” in their approach and “respond to short-term goals”, while her own vision for IFAD is “for it to become an even more evidence-based and strategic organisation”.

In the long term, IFAD will have to contend with the issue of a decrease in rural populations, mainly due to rural-urban migration, according to Puri. She adds that although the rural sector will diminish in terms of the percentage of the population that it employs, poverty levels among the rural poor will not decrease.

“The depth of poverty is definitely increasing among these populations and they are becoming far more fragile,” says Puri.

For this reason, she underlines the importance of pivoting the way IFAD thinks about the the rural poor, “but also changing perspectives to ensure that rural economies are seen as pillars of growth, as centres of growth”, says Puri.

She adds that this can only be made possible if more investment takes place in small-scale farmers – those with fewer than five hectares – who are not normally seen as profitable.

Resilient rural populations are worth investing in

However, these rural sectors, which typically do not look attractive to banks and investors, have proved to be “the most resilient, even during the pandemic”, says Puri.

“Small-scale farmers actually did not see a reduction in their income to the extent that was witnessed among more advanced farming households who are linked far more to the global supply chain,” she adds. “So it also tells us a lot more as to where we should be investing if we are going to be resilient and how we can ensure food security as we go forward.”

Even though in most developing countries the agricultural sector contributes anywhere from 10% to 30% of the overall GDP, investment in the sector from commercial banks is very low, “less than 10%”, says Puri, highlighting the case of Kenya, where the figure is 5% of investment from commercial banks, while agriculture, forestry and fishing contributed 35.2% of the country’s GDP in 2020, according to the UN’s Food and Agriculture Organisation.

“The big challenge in the agricultural sector – especially in developing countries – tends to be low investment,” she adds.

Another challenge in the agricultural investment landscape in developing countries is the lack of attention paid to the value-added side of agriculture, the midstream, says Puri, who adds: “Marketing and processing are key areas where there is yield, where women can be employed, and we don’t invest much in that area at all.”

In order for agribusinesses to thrive, especially small and medium-sized enterprises (SMEs) and areas such as the midstream, they need a productive business ecosystem, says Puri, as well as physical and digital infrastructure, and there is a “huge financing gap” there, in which SMEs need to be supported.

How multinationals can take agriculture forwards

When asked about the role multinationals and foreign direct investment can play in helping the agricultural sector thrive, Puri points at the work done in promoting “underutilised species” such as quinoa, and how there is a way for multinationals to contribute positively to rural development.

“There is a huge role for multinationals to come in, and to be looking at the small-scale farmer and producer, and to be able to aggregate [value chains], while ensuring that there are labour standards, social standards and environmental standards that are met to help aggregate a lot of these value chains. [These can then be taken] out to world markets,” she says.

“I think multinationals have done a really good job of taking some [underutilised species] forwards, but there are lots of them, to the extent that we can sort of substitute out super-processed foods and bring in the superfoods. I think we have got something that multinationals can take forward.”