Institutional and, more broadly, private investors are key players in the cross-border investment landscape. As they have a mandate – either institutional or private – to handle money on behalf of others, they have a duty towards their clients and are therefore used to dealing with regulatory frameworks in different fields and jurisdictions.

Foreign direct investment (FDI) regimes are no exception to this and the likes of pension funds, asset managers, insurance companies and sovereign wealth funds certainly know their way around filings processes and have built good relationships with most investment promotion agencies (IPAs) around the world.

Why the origin of the capital is important

Overall, institutional investors tend to see FDI regimes as one of the standard clearances to go through during their investment process, especially when it comes to mergers and acquisitions deals. 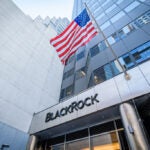 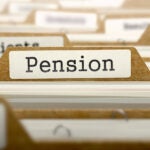 These investors have become increasingly skilled at investing abroad in an attempt to broaden and diversify their portfolios and have therefore often become known to IPAs, meaning they often only have to go through the FDI clearance process once.

In the wake of the Covid-19 pandemic, which brought with it broader protectionist trends, many governments have taken significant steps towards tightening the scrutiny over foreign investors and are paying more attention to their country of origin and political ties.

“Navigating FDI regulatory regimes has become harder for sovereign wealth funds that have what are seen as problematic links to certain foreign governments or entities,” says Veronica Roberts, head of the FDI group at law firm Herbert Smith Freehills.

It is no secret, for instance, that some Western governments have significantly increased their scrutiny over Chinese investment in their jurisdictions.

Concerns over the origin of investors and sponsors is a recurring hurdle that institutional investors need to overcome at different stages of their investment process.

For funds and asset managers in particular, the investment process is split into three stages, each of which presents different potential regulatory challenges.

Fund managers, for example, initially raise capital (the fundraising phase), then invest that capital (the investment phase), and finally divest it, aiming at returning money to their clients with high profits and returns (the divestment phase).

“Fundraising can present its challenges,” says Jonathan Gafni, head of US foreign investment at law firm Linklaters . “In the US, for instance, the Committee on Foreign Investment in the United States [CFIUS] is not very welcoming of capital from China and Russia. At this stage, the US regulatory body tends to focus its attention on what stake investors from those countries have in the fund in question; or what their rights are when it comes to vetoing or approving certain investments.”

Theoretically, investors in funds – also known as limited partners (LPs) – give a mandate to the fund’s sponsor – also known as general partners (GP) – and are not supposed to have a say in investment decisions.

However, warns Gafni, disclaimers exist, and some LPs sometimes end up having strategic weighting in the investment process.

“GPs need to think carefully around this, especially for countries of concern,” he says. “We often see a push and pull dynamic where the investors want to avoid CFIUS scrutiny but at the same time sponsors do not want to scare money away by excessively limiting investors’ rights. The final decision tends to be based on the investment mandate.”

Similar issues can arise during the divestment phase, or rather when an investor is looking to sell its assets and make good returns for its clients.

“When selling, an investor wants to get out and get paid quickly but needs to consider carefully who the buyer is and, most importantly in certain instances, where they come from,” says Gafni. “Again, CFIUS is not keen on Chinese investors paying huge premiums to get US assets.

“Some investors are more singularly focused on maximising proceeds of a sale than others and are therefore more willing to take regulatory risks. Again, it depends on the investment mandate and the risk profile of said mandate.”

In the investment phase, FDI regulatory challenges for institutional investors tend to emerge in certain sectors. Technology, for instance, is a sector that often falls under the scrutiny of FDI regulatory bodies, mostly due to its implications in the national security field. Infrastructure, energy, logistics and supply chains also often fall under FDI regime rules.

“At this stage, investors need to assess whether they need a filing and, if so, what the outcome is likely to be,” explains Gafni.

The long-term versus short-term approach

Institutional and private investors are by their very nature long-term investors. The average life of a fund investing in real assets – such as infrastructure, real estate and natural resources – is about 20 years and the investment horizon is potentially longer for pension funds, insurance companies and sovereign wealth funds.

“Changes to FDI regimes constitute a very long-term factor in an institutional investor’s decision process as they can have a strong impact on project returns,” says Thierry Déau, CEO of infrastructure investor Meridiam.

“As a consequence, investors pay close attention to FDI regimes’ stability. Apparently attractive regimes that have been known to change often are considered a risk factor as they can easily weaken the enforceability of contracts.”

Over the past decade, institutional and private investors have been chasing higher returns and their increasingly savvy investor base has become increasingly less risk averse.

This dynamic has an impact on institutional and private investors’ approach to regulation and their inclination to enter jurisdictions that present a higher level of regulatory risk.

“There are two fundamentally different approaches to this,” says Werner von Guionneau, CEO at infrastructure investor InfraRed Capital Partners . “One is for long-term ownership of assets; the other is for what we call development assets. In the first instance, the tolerance to regulatory risk is much reduced as you are looking to hold an asset for 20 years or more and you cannot afford to incur retroactive changes.”

For long-term transactions, he says, InfraRed focuses on a handful of countries that provide a stable regulatory and legal framework including Canada, the US, Australia, and some countries in Europe – mainly Germany and the Nordics.

“The approach changes when you look at development assets,” von Guionneau adds. “This is where you have a shorter-term hold and can therefore afford to take on more risk; for instance, in the case of energy transition assets, where development periods can be short compared with core infrastructure.”

He points at Mexico as an example of a region where there is an element of risk. The country recently changed its approach for some categories of infrastructure investment as it moved from actively promoting FDI to partially changing its approach to the liberalisation of the energy market.

While it is possible to identify a list of countries perceived as ‘safe’ for long-term holding, von Guionneau says that the current political climate does not always shelter investors from unexpected turns.

“Until not long ago, the UK was seen as the most stable country to invest in,” he explains. “Then, three years ago, a Labour opposition actively engaged in a debate about the nationalisation of core infrastructure. This temporarily impacted its reputation as a safe haven.”

Since then, The Conservative Party in power has made a concerted marketing effort to reassure investors that the UK is open for business and is very keen to attract private and institutional money from abroad.

As mentioned, the global FDI regime landscape is generally evolving towards a tightening of measures rather than a loosening of them. The exceptions are few and come with caveats.

“While we see a general trend towards an introduction/expansion of FDI screening frameworks like the new UK National Security and Investment Act, other established FDI regimes, including the US, continue to mature and offer exemptions that may prove helpful to private markets’ institutional investors,” says Vittorio Lacagnina, managing director at Partners Group ’s private infrastructure practice.

“Some of these exemptions, however, may come with complexities, such as the CFIUS testing that is now performed on a look-through basis for influence – without the exercise of control – for LPs and co-investors from countries considered sensitive,” he adds.

China is another country that has been working towards gradually opening some of its sectors to foreign investors. However, it still presents a number of challenges of a different nature.

“With regards to larger export markets such as China, we consider the country’s need to encourage FDI in relation to its current account versus the government’s nationalistic approach to industry growth in certain market segments,” says Lacagnina. “While we expect China will continue opening up to foreign direct capital flows, we are also aware of foreign ownership restrictions related to certain industries, such as healthcare and media, in the interest of national security.”

No matter how expert they are at navigating different regulatory jurisdictions and how good a relationship they have built with IPAs over the years, institutional investors are not spared the worries that an increasingly strict and protectionist approach to FDI brings about and the impact it may have on their investment pool.

Ohio is a premier automotive supply chain jurisdiction. Greater than 90% of the state’s exports go to the ICE supply chain. As such, Ohio has a unique opportunity to lead in building a supply chain that capitalizes on the fast growth in electric vehicles.
by JobsOhio
Thank you.Please check your email to download the Whitepaper.
SUBSCRIBED