After years of political wrangling following the Brexit vote in June 2016, the UK formally exited the EU on 31 January 2020. This was immediately followed by an 11-month transition period to allow more time for both parties to agree on a new trade deal. During this phase, the UK remained part of the single market and customs union, and was still subject to EU rules. 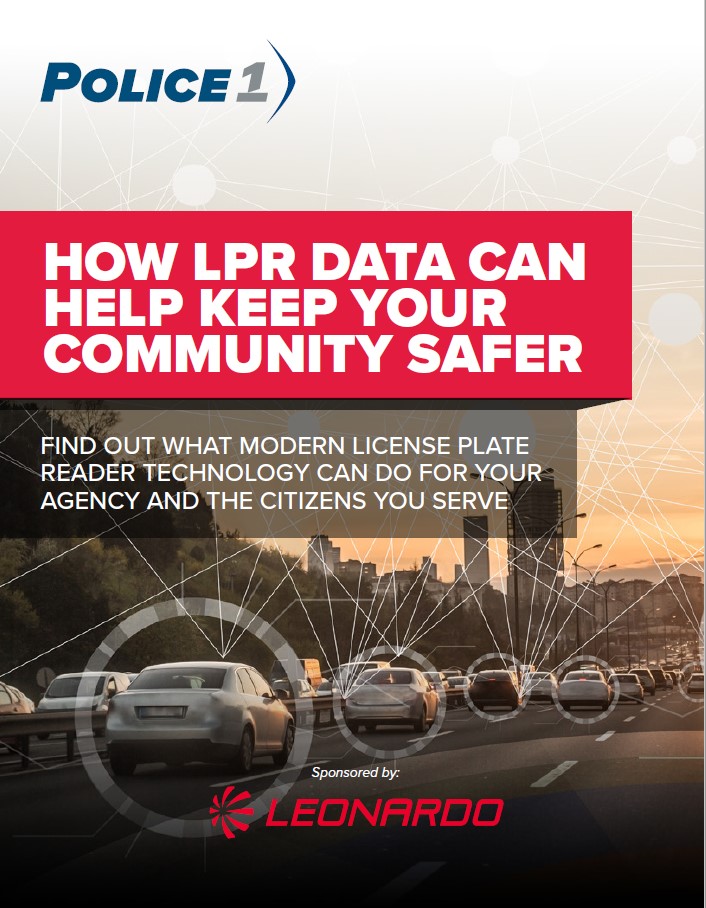 Following months of complex, sometimes bitter, negotiations, the EU-UK Trade and Cooperation Agreement was signed on 24 December 2020 and came into effect on 31 December. Prime Minister Boris Johnson described the £660bn ($885bn) deal as his Christmas present to the country, which would ensure the UK took back control of its own laws while avoiding trade tariffs or quotas.

Several months later, Johnson would attempt to renegotiate the deal to overhaul trading rules for Northern Ireland. These requests were promptly shut down by the EU.

The signing of the free trade agreement is considered by many to be the real economic start of Brexit. Economists have long agreed that the UK’s departure from the world’s largest trading bloc would negatively impact the economy, but how much worse off is the country two years after its exit and one year into its trade deal? Investment Monitor assesses some key economic indicators to find out.

Given how closely the UK’s exit from the EU was followed by the start of the Covid-19 pandemic, it’s difficult to pinpoint the direct impact of Brexit on the economy. After the UK’s departure from the bloc in late January 2020, GDP fell by 0.4% in the February.

To assess the UK’s economic performance in the fallout of Brexit, Investment Monitor examined the period following the EU referendum in the second quarter of 2016. Based on figures from the OECD, UK GDP grew by 14.3% between Q2 2016 and Q3 2021. This is a smaller growth rate than four of the EU’s largest economies. During the same period, Germany had the highest indexed growth rate at 32.2%, followed by Spain (25.6%), France (23%) and Italy (16.3%).

The UK-based Office for Budget Responsibility (OBR) states that the long-term impact of Brexit will be worse for the UK economy than Covid-19. The OBR estimates that Brexit will reduce the UK’s potential GDP by 4% and the pandemic by a further 2%.

According to estimates from the Office of National Statistics (ONS), the UK's GDP grew by 0.9% in November 2021. This is the first time GDP has risen above the pre-pandemic level, increasing by 0.7% compared with February 2020.

While this growth is positive, it is behind other advanced economies that have already recovered their Covid GDP losses, including China in October 2020, Australia in June 2021 and the US in July 2021.

UK-EU trade lags China and the US

After the unveiling of the EU-UK free-trade agreement in December 2020, exports and imports to the EU sank by 45.5% and 32.5%, respectively, in January 2021. Textiles, food and the automotive sector in particular suffered.

Data suggested that confusion over new bureaucratic measures and levies impacted trade flows as well as European lockdowns and stockpiling in late 2020.

Meanwhile, UK exports to non-EU countries increased by 4.6% during the same period.

However, in comparison to pre-pandemic levels, the overall value of UK exports fell by 0.7% from £27.2bn in February 2020 to £27bn in November 2021. This comes at a time when global trade elsewhere is booming post Covid-19. Dutch bank ING expects merchandise world trade volumes to have increased by 10.6% in 2021 compared with the previous year, exceeding pre-pandemic levels by 4.3%.

In contrast, two-way trade between the UK and the EU fell by 3.5%. This decline in the months following the EU-UK free-trade agreement indicates that the UK economy will have difficulty rebounding as quickly as other advanced economies, particularly as the EU remains its largest trading partner.

Further disruption to the UK’s trade flows is expected in 2022 when it is expected to introduce more comprehensive import checks.

According to the Centre for European Reform’s cost of Brexit model, the UK goods trade was 15.7% lower in October 2021 than it would have been if the UK had remained an EU member. This is the equivalent of £12.6bn.

Foreign direct investment (FDI) in the UK peaked in 2016–17 when 2,265 projects were recorded. In the aftermath of the EU referendum, an immediate effect was not felt as companies took time to measure just how Brexit would impact their investment plans.

In 2017–18, FDI projects in the UK fell by 9.3%, and in 2018–19 FDI dropped by an additional 16.3%. However, in 2019–20 there was a small increase of 3.8%. This could be due to companies wanting to maintain a UK presence before its departure from the EU. Investors may also have been motivated to establish operations while the UK still benefitted from access to the single market and customs union.

In 2020–21, FDI project numbers declined by 17% compared with the previous year. The UK’s investment attractiveness took a hit in the fallout from Covid-19 and the uncertainty surrounding a no-deal Brexit before the EU-UK free-trade agreement was signed in late 2020.

In addition, many of the UK’s strategic growth sectors suffered. FDI in the software and computer services sector shrank by one-third in 2020–21 compared with the previous year. Business and consumer services FDI contracted by one-quarter. Moreover, the advanced engineering and supply chain sectors, and the environment, infrastructure and transportation sectors saw project numbers decline by one-quarter.

The UK government is implementing measures to boost investment attractiveness in the fallout from Brexit. In February 2021, plans were announced to launch a new research agency funding high-risk, high-reward scientific research. It forms part of plans to increase R&D spending from the current 1.7% of GDP to 2.4% by 2027.

In October 2021, the government hosted its first ever Global Investment Summit in a bid to convince the world’s largest international investors to expand their presence in the UK. Deals worth £9.7bn were secured at the summit, which will stimulate sustainable growth and see the creation of an estimated 30,000 jobs.

Experts have advised that, although promising, many of these measures will take time to produce results.

Growing political turmoil within the UK is also a concern for investors. Since its introduction at the start of 2021, the Northern Ireland Protocol has disrupted trade between Northern Ireland and Great Britain. The protocol allows goods to be delivered from Northern Ireland across the border to the Republic of Ireland without checks. Instead, any inspections take place at Northern Irish ports before goods enter mainland UK.

The protocol has led to criticism that a new trade border has effectively been created in the Irish Sea. This has caused some businesses to stop supplying Northern Irish stores due to the increased red tape. Unionists are strongly opposed to the protocol and want Northern Ireland to be treated the same as the rest of the UK.

The UK has called for changes to the agreement, but the EU has dismissed renegotiations of the text and instead suggested bespoke proposals to benefit Northern Ireland.

Foreign secretary Liz Truss has said she is prepared to trigger Article 16 if a deal cannot be struck. In effect, this would suspend parts of the agreement that prevent a hard border between Northern Ireland and the Republic of Ireland.

The EU has warned that any such move would lead to serious political turmoil and could seriously damage its trade with the UK.

In addition, a January 2022 poll by Savanta ComRes suggests that support for Scottish independence is on the rise. The survey revealed 46% of Scottish people would vote in favour of independence in a future referendum, up two percentage points from October 2021. Support for the Union is also on 46% and 8% remain undecided.

Scottish independence could have a deep impact on the UK's global role, complicating trade and increasing the cost of business.

According to figures from the ONS, the UK Consumer Prices Index including owner occupiers’ housing costs (CPIH) rose by 4.8% in the 12 months to December 2021, up from 4.6% in the 12 months to November. This is the highest 12-month inflation rate since September 2008 and was driven by an increase in housing and transport costs.

The rising global price of energy, supply chain problems and higher shipping costs have impacted countries worldwide. In the UK, this has been further exacerbated due to Brexit.

According to academic think tank UK in a Changing Europe, since the 2016 referendum, sterling has continued to fluctuate about 10% below its value pre-vote. The weaker pound has left UK households poorer by increasing the cost of imports, resulting in higher inflation and lower real wage growth.

The International Economic Review estimates that Brexit has increased consumer prices by 2.9%, and in turn cost the average household £870 per year.

Trade deals with third-party countries will have little impact

When the Brexit transition period ended, the UK lost access to the EU trade deals it had previously profited from. These agreements are estimated to have covered £117bn of UK exports annually.

Since its exit, the UK has signed continuity agreements with more than 60 nations worldwide and established new deals with countries including Australia and New Zealand. The UK government has also stated that a free-trade deal with the US remains a top priority, although the Biden administration appears to have put such plans on the back-burner.

In addition, the UK is on track to join the Comprehensive and Progressive Agreement for Trans-Pacific Partnership – a trade agreement between 11 Pacific Rim nations including Australia, Canada, Japan, Mexico, Singapore and Vietnam – in 2022. The member countries combined are worth 13% of the world's GDP.

Despite this, the OBR has warned that trade deals with non-EU countries will have little economic impact in the UK. Given its geographical proximity and market size, the EU will remain the UK’s top trade partner.

Even if a trade deal is established with its next-largest trading partner, the US, it is estimated that this would only boost exports by up to 1.3% in the long-term.

The full economic consequences of Brexit are just beginning and are currently difficult to untangle from the impact of Covid-19. However, from the data that can be examined, the short-term effects leave little cause for optimism.

Germany Cards and Payments: Opportunities and Risks to 2025

Germany Cards and Payments ÔÇô Opportunities and Risks to 2024

Welcome to Hullywood: How a once-unfashionable Yorkshire city became a film star

What is the best country to set up a fintech business?

How Lebanon's private sector is thriving amid crisis