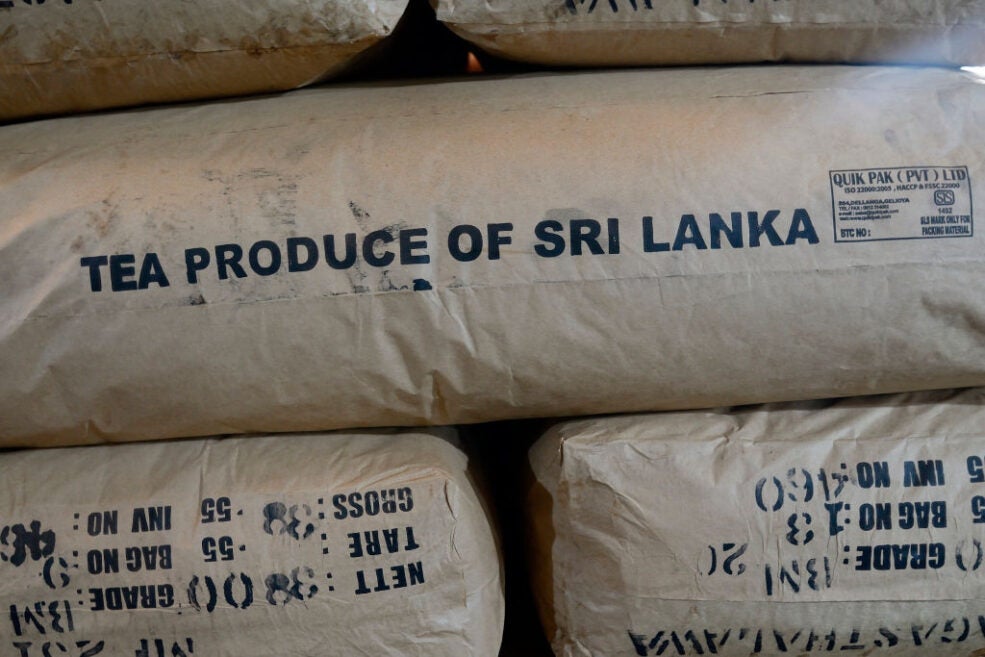 In this report by Shale Crescent USA, we examine key issues and underlying trends that are changing the balance of global manufacturing. Namely, dispelling the myth that it is still cheaper and better to import manufactured goods. The following research and collection of data provide a compelling case for onshoring and reshoring plastics-based manufacturing operations, with a focus on Ohio.
By JobsOhio

Tea continues to play a significant role in Sri Lanka’s exports, as the country looks to attract more FDI to help it recover from the pandemic. (Photo by Paolo Picciotto/REDA&amp;CO/Universal Images Group via Getty Images)

With a GDP that has been growing significantly over the past two decades and a strategic location in the middle of shipping lanes (with close proximity to the coast of India), Sri Lanka saw record-high levels of greenfield foreign direct investment (FDI) in 2019. However, terrorist attacks that year rocked the country, and then in 2020, along with the rest of the world, it had to contend with the Covid-19 pandemic.

Its civil war having only ended just over a decade ago, a conflict that had raged for 26 years, the country suffered a series of terrorist attacks on 21 April 21 2019, which targeted several churches and hotels throughout the country’s largest city and financial centre, Colombo, and in the eastern city of Batticaloa. More than 250 people were killed. Up until these attacks, the country was enjoying a boom in tourism, with Lonely Planet naming Sri Lanka its top travel destination in 2019.

Sri Lanka is a lower middle-income country with a GDP per capita of approximately $3,682 (SLRs730,142), according to a report from the US Department of State 2021 Investment Climate Statement, while the population in 2020 was approximately 22 million, with the older segment growing notably quickly.

Following the civil war – which ended in 2009 – Sri Lanka has been transitioning from a predominantly rural-based to a more urbanised economy focused on manufacturing and services, according to the US Department of State report, while the country's export economy is dominated by apparel and cash crop exports, mainly tea, but technology service exports are a significant growth sector.

What are Sri Lanka's FDI strongpoints?

The tech sector in Sri Lanka has experienced two major peaks in mergers and acquisitions (M&A) activity, in 2014 and 2018, according to GlobalData.

However, following the shock of the Covid-19 pandemic along with the Easter Sunday terrorist attacks, greenfield FDI activity in 2020 plummeted to $1.1bn, according to the UN Conference on Trade and Development (UNCTAD) World Investment Report 2021.

Attracting FDI to Sri Lanka has has been a key policy of President Gotabaya Rajapaksa, who was elected in 2019, and even during the pandemic there were moves to promote foreign investment flows into the country through the establishment of a pharmaceuticals manufacturing zone on the southern coast of Hambantota.

Rajapaksa made attracting FDI to Sri Lanka central to his election manifesto, with the US Department of State report claiming the president has “positioned Sri Lanka as an export-oriented economic hub at the centre of the Indian Ocean (with government control of strategic assets such as Sri Lankan Airlines)”, as well as improving trade logistics, attracting export-oriented FDI, and boosting companies’ ability to compete in global markets.

However, the report stresses that the effect of the Covid-19 pandemic and the economic challenges it poses have forced the government to “adapt policies to the situation on the ground”.

In April 2020, the Ministry of Finance restricted imports of luxury and semi-luxury consumer products – which included consumer durables and motor vehicles – and the import of some agricultural products “as a means of saving foreign reserves and creating employment in labour-intensive agriculture”, the report states.

The US Department of State report also points at a potential liquidity crisis in Sri Lanka as a major issue in the country, with its debt-to-GDP ratio now above 100% – of which 60% is foreign debt –  which is “exacerbated by declining export receipts due to the pandemic”.

However, investing in Sri Lanka can offer attractive propositions for foreign investors, as the record levels of greenfield FDI in 2019 proved. Foreign investment is central to the current government's plans for the country's economic recovery, but it remains to be seen if Sri Lanka can regain its momentum as the world emerges from the pandemic.

In this report by Shale Crescent USA, we examine key issues and underlying trends that are changing the balance of global manufacturing. Namely, dispelling the myth that it is still cheaper and better to import manufactured goods. The following research and collection of data provide a compelling case for onshoring and reshoring plastics-based manufacturing operations, with a focus on Ohio.
By JobsOhio

Marina Leiva is a senior reporter at Investment Monitor, where she specialises in the agribusiness sector. Previously, she reported on institutional investments in the UK, Ireland, France, Spain and Portugal for MandateWire at the Financial Times. She started her career in Spain, covering international affairs for Eldiario.es

The Insurance Industry in Sri Lanka, Key Trends and Opportunities to 2021