The US was once again the top ranked country for outbound foreign direct investment (FDI) in 2021, with a 27% increase on investments (when compared to 2020) according to the Global FDI Annual Report 2022. The UK ranked in second position with a 23% rise in outbound projects and Germany placed third with a 1% increase.

Of the top ten source countries, six were northern and western European, namely the UK, Germany, France, Switzerland, Sweden, and the Netherlands. China and Japan were the only countries from Asia-Pacific to place in the top ten, despite Japan witnessing a 25% drop in outbound investment.

Canada moved up a place from 10th to 9th in 2021 with an 11% increase in outward investment. Spain, which ranked 10th in 2020, moved down to 12th place in 2021, while Sweden managed the largest jump in the rankings, moving from 12th to 7th. Aside from Japan, Switzerland was the only outbound country to experience a decline (-10%) while still ranking in the top ten.

FDI data
How does North Macedonia punch above its weight when it comes to attracting FDI?

FDI data
How does Finland punch above its weight when it comes to attracting FDI?
Data Insights
View All

US - California, New York and Washington dominate US outbound FDI

The US maintained its leading position as the largest global outbound FDI investor with 23% market share in 2021. The world’s largest economy recorded 3,815 outbound FDI projects with the majority from just four states: California, New York, Washington, and Texas.

Washington which placed a mere 21st for US inbound FDI ranked third for outbound investment thanks to Seattle-based logistics giant Amazon. Amazon, the world’s largest FDI investor created 241 projects in 2021, primarily focused on warehousing as well as diversifying into new sectors such as renewables.

Maryland-based Marriott ranked as the second largest US investor with 98 projects. The bulk of Marriott’s investments were China-bound with 20 projects, followed by Japan and Turkey with nine FDI projects each. California-based EV specialist Tesla was the top automotive investor in 2021 with 53 projects, predominantly in the maintenance, repair and operations sectors.

Software and IT services was the leading sector for outbound US investment, representing one quarter of its FDI. Communication and media and business and professional services ranked second and third, respectively, with a combined market share of 21.5%. At national level, the leading destination markets for outbound US investments are the UK, India and Germany attracting 354, 320 and 259 FDI projects, respectively.

The largest project in terms of capital investment was by Washington-based oil and gas company, Millennium Petroleum which announced plans to invest $15bn to establish a new power plant and LNG facility in Soc Trang, Vietnam. New Jersey-based Triton Solar was the leading investor in 2021 in terms of jobs creation. In June the company announced plans to create 2,500 new jobs when it opens a $283 million electric vehicle manufacturing facility in Telangana, India.

The UK ranked second for outbound FDI in 2021, with a significant 23% increase to record a total of 1,643 projects. The US was the top recipient of outbound FDI from the UK, winning 235 projects, followed by Germany with 125, and Australia with 99.

At the city level, London was by far the leading source destination. Business and professional services, software and IT services and communication and media were the three-leading outbound FDI sectors, equating to a combined market share of 51%.

Newbury-based telecommunications giant Vodafone was the leading parent company, investing in 111 outbound FDI projects in 2021 which were predominantly involving 5G technology. South Africa, with 51 Projects, was the top recipient of outbound FDI from Vodafone, where the company has just launched 5G services, followed by Italy with 20 projects and Australia with 10.

Germany ranked in third place among global outbound FDI investor with a market share of 7.3%. The country recorded a total of 1,205 outbound FDI projects in 2021, a nominal increase of 1% on 2020. The US was top recipient for outbound German FDI in 2021, winning 135 projects. France followed with 109 and the UK ranked third with 85.

Software and IT services, logistics, and automotive were the three-leading outbound FDI sectors, with a combined market share of 37%, while manufacturing was the key business function, representing 25% of German source market FDI.

Porsche was one of the leading investors in terms of capital expenditure, as its subsidiary Audi announced plans to invest $4.6 billion to open a new electric car company in Changchun, China, following a joint-venture deal with FAW Group. The new joint venture will produce pure electric models based on Audi’s high-end Premium Platform Electric, and the first model is slated to enter production in 2024.

India registered a significant increase of 86% in outbound FDI in 2021 with 416 projects. India, the second most populous country in Asia Pacific, climbed four places, from 15th to 11th and now ranks above dominate FDI hubs Hong Kong and Singapore.

Owing to increasing economic ties with the Gulf Cooperation Council, four out of six GCC nations were among the top ten recipients of outbound FDI from India. The UAE topped the list winning 79 projects followed by Saudi Arabia (15), Oman (14), and Qatar (11). Aside from Middle Eastern nations, the US ranked as the second largest recipient of outbound FDI with 64 projects followed by the UK with 39 projects.

Software and IT services was the leading outbound FDI sector, with IT companies Infosys and HCL accounting for 36% of projects. Business and professional services and automotive sectors followed with a combined market share of 19%. Haryana-based renewable energy group Acme was the leading outbound FDI investor in terms of capital investment, announcing plans to invest $3.5 billion to set up a green hydrogen and green ammonia facility in Duqm, Oman. 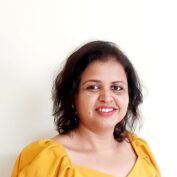 Deepti Aggarwal is the production manager of GlobalData’s FDI team.