The global market for inbound foreign direct investment (FDI) rose by 18% in 2021 when compared with 2020 figures, according to the Global FDI Annual Report 2022. The top three destination countries for FDI globally – Germany, the US and the UK – welcomed more than 26% of total FDI projects in 2021.

Leipzig’s business landscape is going from strength to strength. Entrepreneurs come to take advantage of the thriving labour market, extensive financing opportunities and unparalleled transport links to the rest of Germany. They stay for the friendly community of industry clusters in which an ever-growing number of firms are working and collaborating, making the city feel like home. Automotive, IT, life sciences, logistics and more: whatever your sector, whatever your company’s size, Leipzig has something for you. Invest Region Leipzig is dedicated to showing businesses looking for a European base that Leipzig is the place to be, and can help with accessing support across the region. Download the whitepaper to find out more.
by Invest Region Leipzig
Thank you.Please check your email to download the Whitepaper.

The only two emerging economies that placed in the top ten for receiving inbound FDI are India and China, with combined market share of 7%. India witnessed a 27% surge in inward investment in 2021, primarily due to investments in the software and IT services sector, which accounted for 29% of its FDI projects. Foreign investment into China was mainly driven by the electronics, tourism and chemicals sectors, with combined market share of 36%. Out of all top ten countries, the UAE experienced the largest increase in inward FDI projects (77%) when compared with 2020, followed by Australia (65%) and the UK (47%). 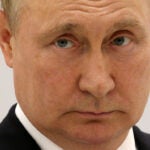 FDI data
Opinion: It is time for Europe to turn the tables on the Kremlin's gas playbook 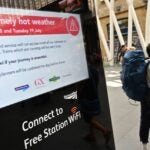 FDI data
‘I’d sleep in the office’: How heatwaves will leave European workplaces packed or deserted 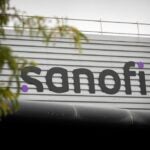 Germany has overtaken the US to become the leading destination country for inbound FDI projects, recording 1,537 in 2021. In 2020, Germany ranked second for FDI projects in a global level, with 1566, 8% lower than the US yet significantly ahead of the UK, France and India, which ranked third, fourth and fifth, respectively. Despite a marginal 2% drop in German FDI between 2020 and 2021, it managed to overtake the US, which experienced a more notable decline of 11%.

Baden-Wurttemberg, a state in south-west Germany and home to major cities such as Stuttgart and Mannheim, was the country’s leading state for FDI in 2021 (of Germany-bound investments of which a destination was specified). Baden-Wurttemberg attracted one-quarter of Germany’s FDI projects in 2021, with Nordrhein-Westfalen in western Germany close behind attracting 24%, and Hessen, home Germany’s financial metropolis Frankfurt, third with 14%. Spanish multinational telecommunications Telefónica invested in the highest number of FDI projects in Germany in 2021, ahead of US-based logistics giant Amazon, which placed second. Combined, the companies invested in a total of 96 projects, equating to a 6% market share of Germany’s FDI.

The US economy is the largest in the world (as measured by nominal GDP) and attracted FDI inflows worth $382bn in 2021. Foreign investment across the country varies on a regional and state level in terms of industry and project numbers, but it is three dominate states – Texas, New York and California – that attract the bulk of FDI in the US, taking 35% of all inbound US investment projects in 2021.

Texas, the leading state for FDI, is home to the headquarters of a host of Fortune 500 companies, which is a huge draw for foreign multinationals. In 2021, South Korea-based technology giant Samsung announced it would invest $17bn in a new advanced semiconductor manufacturing facility in Taylor, Williamson County. Scheduled to commence operations in the second half of 2024, the project is expected to create 2,000 local jobs and will help plug the global semiconductor shortage.

New York ranked second for US FDI, attracting 166 projects. Unsurprisingly, the Empire State was number one in the US state for financial services in 2021, attracting 42% of all inward investment into the country, followed by Florida with 12% and California with 8%.

California ranked third at state level for FDI projects into the US in 2021. The state’s top sector for investment was business and professional services, followed by software and IT services and automotives. Nationwide, California was second for business and professional services, behind only New York, and third for software and IT services, after New York and Texas. At a country level the leading source markets for inbound US investment were the UK, Germany and Canada, investing in 235, 135 and 132 FDI projects, respectively.

The UK ranked third for global FDI in 2021, attracting 1,216 projects, a 47% increase when compared with 2020. Greater London attracted the majority of inbound investments (when city or region was specified) with a 34% market share, followed by South-east England with 10% and North-west England with 8%.

At city level, as expected, London won the lion’s share of UK investment projects, while two other major English cities also placed in the top five: Manchester in third and Birmingham in fifth. Glasgow, the most populous city in Scotland, ranked in second place attracting 56% more FDI than the country’s capital Edinburgh. Belfast, the only Northern Ireland-based city to attract significant investment, ranked fourth in the UK, attracting 21 projects. Welsh cities scored particularly poorly for inward FDI projects in 2021, with Cardiff placing 17th, below a stream of mid-tier English locations.

On a project number basis, the leading company for UK-bound investment in 2021 was Hong Kong-based conglomerate CK Hutchison Holdings, followed by US-headquartered Amazon and Singapore-based ICP. However, it was Hecate Independent Power, the UK-based renewable energy company that is a subsidiary of US-headquartered Hecate Energy, that was the largest investor in the country in terms of both capital investment and job creation. The company announced plans to invest a combined $25bn to establish four new 1000MW offshore wind power plants in England, creating 15,000 jobs.

FDI projects in France increase, but Paris misses out

France experienced a significant 22% increase in inbound FDI in 2021, yet Paris, normally the country’s hub for investment, witnessed a 32% decline. The capital was the only location in Frances top ten city rankings to experience a drop in investment. In contrast Toulouse in second witnessed a huge increase in project numbers (89%), while Lyon saw inbound FDI increase by 33%. Lille experienced the largest percentage increase in inbound investment, with project numbers jumping 160% from five to 13.

The US was the leading source market for France-destined FDI, followed by Germany and the UK. The Netherlands, Switzerland and Belgium placed third, fourth and fifth, respectively. Japan was the only source country from Asia-Pacific to place in the top ten, with China in 11th.

Amazon was the leading investment company France in 2021 with 21 projects, and the e-commerce giant was also the top company in terms of job creation figures. The US-based company announced plans to create 3,000 new permanent roles in France across a range of fields including engineering, HR, IT, health and safety and finance. The Walt Disney Company was the largest investor in France in 2021 in terms of capital investment. It announced plans to expand Disneyland Paris with an investment of $2.47bn by opening three new theme parks by 2025, based around Marvel superheroes, Frozen and Star Wars.

India ranked was the fifth best-performing country for inbound FDI projects in 2021, experiencing an increase of 27%. The world's second most populated country placed ahead of Spain, Australia and Poland, as well as economic powerhouses such as the United Arab Emirates and China.

FDI into India was centred around software and IT services, which represented a 29% of the country’s inbound international investment. Business and professional services and communications and media, followed each representing a 9% market share. Consumer goods, electronics, tourism and automotives also faired considerably well for inbound investment, attracting a combined 169 projects.

The US, UK and Germany were the leading source markets for inbound FDI into India, however, the country also received significant investment from other Asia-Pacific countries, such as Singapore, Japan, Australia and China, which all placed in the top 10. Karnataka and Maharashtra were the leading states for inbound FDI projects, each attracting 114, followed by Tamil Nadu (74), Telangana (72) and Gujarat (41). At a city level, Bangalore, Hyderabad and Mumbai were the leading destinations wining 104, 67 and 56 projects, respectively, ahead of the country’s capital, New Delhi, which placed fifth with 40 projects.

France-based telecommunications company Teleperformance was the country’s leading investor in terms of job creation, with plans announced to create 50,000 new jobs across India by the end of 2022. Posco, a South Korean-based steel manufacturing company, announced the largest capital investment in India, with plans to open a new $12bn integrated steel plant in Odisha.

At a city level, Dubai ranked first for FDI in 2021, recording 441 projects, an 87% increase from 2020. The bulk of FDI into Dubai came from the US, with companies from the country investing in 87 projects, followed by the UK with 71 and India with 60. The top sectors in Dubai for FDI were software and IT services (26%), business and professional services (17%) and tourism (8%). London followed closely with 402 projects, representing an increase of 23% from 2020. The UK capital attracted the country’s largest proportion of financial services investment, winning 78% of all such investment on a global level.

Leipzig’s business landscape is going from strength to strength. Entrepreneurs come to take advantage of the thriving labour market, extensive financing opportunities and unparalleled transport links to the rest of Germany. They stay for the friendly community of industry clusters in which an ever-growing number of firms are working and collaborating, making the city feel like home. Automotive, IT, life sciences, logistics and more: whatever your sector, whatever your company’s size, Leipzig has something for you. Invest Region Leipzig is dedicated to showing businesses looking for a European base that Leipzig is the place to be, and can help with accessing support across the region. Download the whitepaper to find out more.
by Invest Region Leipzig
Thank you.Please check your email to download the Whitepaper.
Topics in this article: Greenfield investment