Since the 1990s, China has been among the world’s top recipients of foreign direct investment (FDI), often topping the league tables of destination countries. Today China is no longer just the world’s manufacturing hub, but also an economic superpower.

Lately, China’s objective has shifted from being a low-cost manufacturing hub to becoming a technology leader and high-tech manufacturer in its own right. This entails a whole raft of policy measures, such as upgrading its critical infrastructure (for example, ramping up an indigenous 5G network, which is seen as the basis for China’s industrial internet of things [IIoT] strategy), prioritising domestic supply chain partners to reduce China’s dependence on foreign suppliers, and committing to a dedicated push in the development of indigenous technology. Looking at the recent international relations landscape (for example, US attempts to decouple and cut China off from crucial technology), the Chinese drive to substitute foreign components can hardly come as a surprise.

Where the world depends upon China

Apart from being the world’s manufacturing hub, China also has a number of competitive advantages. At the same time, the overly hasty decision to stop all exports of active ingredients for the pharmaceutical industry and personal protective equipment (PPE) drew attention to China’s centrality in many value chains, which is bound to result in counter-reactions.

Nonetheless, China’s dominance in lithium-ion batteries, and the fact that it has cornered the market on rare earths, will be hard to overcome. China’s output is set to rise as long as the demographic advantage of evermore busy hands lasts (even if that is coming to an end soon).

China has never been an easy market for European companies. Apart from an increasingly politicised environment and forced IP transfers, business people have always found it nearly impossible to become part of the crucially important ‘guanxi’ structures, where the real decisions are being taken.

Europe is not as beholden to China’s threats as the continent’s media (or China) would like us to believe.

With recent policy shifts to an ‘internal circulation’ model favouring domestic production, distribution and consumption, as well as increasing distortions in areas classed as key sectors such as artificial intelligence, semiconductors, quantum computing and biotech, doing business in China has been getting harder. At the same time, the West appears to become more reliant on China, as the PPE crisis in the early phase of the Covid-19 pandemic seemingly illustrated.

China is increasingly attempting to use this position of strength (as a market or as a supplier) to threaten Western governments, as the cases of Norway and Australia aptly demonstrate. To be fair, China is not alone in taking such a stance, if one thinks of the US’s treatment of the German Nord Stream project and the threat of sanctions to Sassnitz.

So, despite the justified concerns about current Chinese policies, one would have to admit that this is only part of a bigger picture. Western political agendas are in effect not that very different (shortening of supply chains, decoupling and seeking to lessen the dependence on foreign suppliers, for example), but it is the aggressiveness and consistency of the Chinese approach that is threatening European firms. It remains to be seen how China seeks to square the effective import substitution policy with its calls for open world markets.

Thinking about the robustness of Chinese policies towards other countries during the past few years, one might therefore wonder if, in decades to come, China will not consider the period 2016–20 as a lost four years. European countries found themselves friendless with erstwhile allies, while China pursued its ‘wolf warrior’ diplomacy of intimidation during this period when the world would have welcomed a new partner with open arms. What appears clear, however, is that an export-led economic model (such as the German model) vis-à-vis China will increasingly be running into difficulties.

China needs Europe as much as Europe needs China

However, things aren’t as black and white as they seem, or as the occasionally apocalyptic European discussion of the matter suggests. Europe is not as beholden to China’s threats as the continent’s media (or China) would like us to believe. China is far from being self-sufficient in high-tech applications, IIoT or semiconductors. The country is working on that – but there is still quite a way to go. Similarly, there is an economic mutual dependence that commentators often overlook. Trade with Europe is a key element of the Chinese growth story. This isn’t set in stone, and is changing fast – but equally there is time to adjust if the need arises.

Two trade deals are therefore particularly noteworthy. The Comprehensive Agreement on Investment (CAI) between China and the EU, as well as the Regional Comprehensive Economic Partnership (RCEP) between a grouping of Asean+ countries.

For the CAI, the EU and China had negotiated for about seven years to regulate mutual market access, the curtailing of enforced IP transfers and a more level playing field. A market insider described the CAI with the words “its importance cannot be overstated for Europe”.

The RCEP is, from the perspective of the EU, maybe even more interesting. The signing of the deal in November 2020 reminded everyone of the fact that Asia is more than just China. It is also more than the RCEP members alone – despite it being the world’s largest trade and investment pact. Only one figure is needed to illustrate this: the rest of Asia taken together is home to more than two-and-a-half times as many people as China, and many of these countries boast a higher GDP per capita or discretionary income levels than China. Ignore them at your peril.

Take Thailand, for example. This is a country that has managed to attract entire automotive value chains (BMW, Daimler, Nissan-Renault, GM, and Asian players such as Dongfeng, Great Wall, SAIC and Tata); which offers attractive investment conditions (tax-free periods); has a wide network of free-trade agreements, apart from the RCEP; and where monthly wages are still 30% below the average Chinese monthly wage. Even more dynamic is Vietnam, with an even bigger network of free trade agreements and average wage costs less than half of those of Thailand. Accordingly, a number of large multinationals such as Bosch, Schaeffler and Bridgestone have settled there.

The biggest of these potential new production locations (or markets), however, is Indonesia, which is just starting to streamline its cumbersome legal and regulatory system to become more attractive to foreign investors. With a bilateral free trade agreement with the EU in the making, Indonesia might well become the next big thing.

With a bilateral free trade agreement with the EU in the making, Indonesia might well become the next big thing.

At the other end of the RCEP spectrum, there are the high disposable income countries such as Singapore, Japan, South Korea, Australia and New Zealand – all of which offer interesting markets for European companies.

European businesses that are seeking to lower their dependence on the Chinese market will therefore need to familiarise themselves with RCEP countries, or regional heavyweights still not included in this pact. There are both ‘offensive’ reasons for doing this, in terms of opening up new markets (for instance, the World Bank predicts that Asia is set to grow at twice the rate of Europe or the US), but also ‘defensive’ reasons. The free movement of goods in this area will in the long run presumably disadvantage all those not present in this soon-to-be ‘common market’, unable to partake of the benefit of tariff-free imports and exports in that region.

What the West can learn from China

Nobody knows for certain how this China versus the West story will unfold in the years to come, and which player, in the long run, will hold the better set of cards. What seems certain, however, is that for several years to come growth rates in China and the rest of Asia will far outpace those of the West. There are a number of conclusions that should therefore be drawn from this.

First and foremost, China plays the long game. Its leadership is very patient and often very subtle in its actions, but the strategic aims are crystal clear. It is ruthlessly consistent and strategic in its approach – quite in contrast to many of the Western leaders, who are driven by popularity contests, rapidly changing objectives and an ideological stance that often overlooks practical realities for what ‘ought to be’. The time has come for Europeans to look East and learn some lessons from the Chinese. That doesn’t mean that we have to take everything at face value, but not all is bad, and we as should take a leaf out of China’s book and copy what we consider to be the best solutions.

With Europe’s old ally the US abandoning Europe as well as one global agreement after the other under the presidency of Donald Trump, we ought to learn from Japan or other Asian countries that work hard on maintaining good relations with China and the US. Even if Joe Biden is softening towards Europe and engages again with international organisations, this may merely be a four-year honeymoon. French President Emmanuel Macron is right in calling for European “strategic autonomy”. Or as one observer stated: if you are not a player on the field, you are the football that is kicked around. Europe as a domestic market, as well as a source of high-tech, is big enough to be a player in its own right.

And lastly, Germany got it right with its Indo-Pacific strategy, which seeks to rebalance the wider Asian region, rather than being overly dependent on either China or the US – accommodating the rising importance of Asia while avoiding being beholden to one power or the other. The RCEP is a golden opportunity for such an approach and Europe should grab it, not least because China’s economic rise will not last forever. With a rapidly ageing population and massive off-balance-sheet liabilities in some of the state-owned companies, there are as many troubles ahead for China as there are for the US. Europe should make sure that these won’t become its problems in the years to come.

Topics in this article: Supply chains 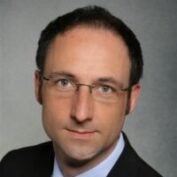