The consumer payments space has seen radical change over the past decade. The transition from handing over a fist full of bank notes to the swipe of a phone may appear to have been seamless to the consumer, as technology incrementally makes everyone’s daily lives easier, but the innovation, design and planning which underpin these changes are most effective when applied to specific sector use cases. This is what senior vice-president Daniel Marovitz and his team at Booking.com did by launching the internet travel giant’s new FinTech unit in July.

Booking.com has spent the past 25 years trying to solve the basic problem of how to simplify the process of somebody searching for and choosing a place to stay and then making a reservation/payment. Marovitz compares the challenges of heading up Booking.com’s payments products for the past four years with his previous roles, including being a board member of a transaction bank for almost a decade, working in investment banking for Deutsche Bank and as the chief operating officer of publicly listed FinTech Earthport. “This business is the most complex I’ve ever worked in by an order of magnitude,” he says. “Booking travel sounds moronically simple but it’s devilishly complicated. So much of travel is subjected to complex financial friction. The business just hasn’t done enough to solve it, and that’s what this new unit is about.”

Much of this complexity stems from the globally connected nature of the business. Booking.com operates in 226 countries and territories around the world. “Amazon is the 800-pound gorilla of the e-commerce world but in many ways its manages a collection of domestic verticals,” says Marovitz, who describes Booking.com suppliers and buyers as being literally anywhere in the world. The company’s system operates in 44 different languages and dialects with one of the largest global machine translation systems found anywhere.

For Booking.com, establishing a separate fintech business unit with a European expansion made sense on a number of levels. The company’s existential threat, as with most businesses, is competitive pricing, and historically Booking.com was essentially a large-scale marketing distribution platform where all e-commerce payments were taken by the provider. Although this business model avoided the complexity of payments, it also meant a lack of flexibility to offer customer discounts, coupons and loyalty structures. That was initially part of the motivation for the new fintech unit, says Marovitz. “Then you dig deeper and find a lot of the problems in a travel reservation have to do with payments and currency, and when you’re outside the payment flow, it’s actually pretty difficult to solve those problems,” he says.

Marovitz sat in on customer service calls when he first joined Booking.com to discover how payments were a major customer service problem that fintech could fix. “A small hotel in Oxfordshire probably isn’t going to offer Ali Pay or WeChat Pay, and we can offer an alternative that’s really useful for both the traveller and the hotel,” he says. 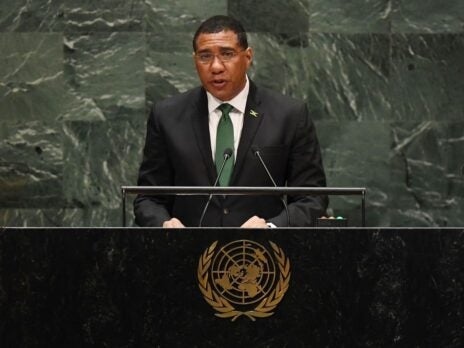 The problem is highlighted in Global Data’s Payments Sector Scorecard 2021, which found that providers are making payments easier to access and more of a feature that is easily integrated into other products and platforms. “The broader the offering of a certain company – say, in ecommerce or banking – the more this translates into opportunities for customers to pay,” says the report.

One successful example of this is Chinese tech giant Tencent’s WeChat Mini feature, which offers users products they can buy instantly within the chat app. Embedding payment solutions within social media and other apps will become a critical trend in the years to come, says the thematic report, as it allows for the creation of powerful, full-service digital ecosystems (the so-called super apps). Online purchasing will be seen as a feature rather than a separate action, predicts Global Data. And for Booking.com this means that moving away from the company’s traditional payment flow model offers greater ownership of its customer and cross-selling opportunities

Integrating payments into the core business

Booking.com’s fintech unit sits alongside the company’s two main units: trips (flights, cars, pre-booked taxis and attractions) and accommodation. Most of the 400 headcount for the new team is based in Amsterdam alongside Booking.com’s existing 5000 employees. Amsterdam made sense as Booking.com is a Dutch company owned by US-based Booking Holdings, which also owns major brands such as Priceline, which operates in the US, and Agoda, which predominantly focuses upon Asia. Booking.com operates globally but its strength lies in Europe, says Marovitz. “We have a substantial team and are growing the team in Amsterdam pretty aggressively,” he adds.

The unit also has an offshore development hub in China, which has been focused on localisation for the Chinese market, working on integration with Ali Pay and WeChat Pay, for example, but will also provide services for the new fintech unit going forward. “We’ve started to expand some of the work that we do with our Chinese colleagues outside of things that are China specific and into other areas, [using it] just as an offshore development hub,” says Marovitz.

He adds that London will play a role within the new unit, given its status as the fintech capital of Europe, but Amsterdam is very much the hub for its product and tech. Over the past four years, the company has been bringing together legacy financial systems and payments systems in preparation for the launch of the new fintech unit. Marovitz and his team built the unit during the Covid-19 crisis at a time when retailers and businesses were forced to improve their online payments systems as a matter of survival, making it a timely endeavour and that is likely to futureproof Booking.com’s global status.