Investment Monitor’s MNC subsidiary database contains information for 2,188 of the world’s top MNCs by revenue. Of these companies, 260 are in the private banking industry, representing 11.9% of the companies in our database.

These private banking companies are less likely than average to establish subsidiaries in Asia-Pacific (16.5% versus 21.4%) and are more likely to establish them in Western Europe (38.7% versus 36.8%). 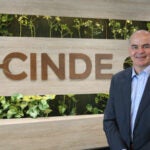 Finance
“We continue to grow”: In conversation with CINDE’s Jorge Sequeira 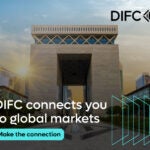 Overall, the 260 private banking MNCs in our database operate 18,023 subsidiaries. This comes to an average of 69.3 subsidiaries per company, compared with an average of 99 for the entire database of 2,188 companies. It should be noted, however, that the number of subsidiaries is by no means evenly distributed within the sector. The most common number of subsidiaries for an MNC in the sector (the mode) is six, while the median comes in at 23, indicating that the simple average is skewed heavily by the bigger parent companies.

Where do Marsh & McLennan and Commerzbank place subsidiaries?

After Marsh & McLennan Companies, Commerzbank has the second largest number of subsidiaries within the private banking industry MNCs in the database with 626, while Société Générale is third with 606 and BNP Paribas fourth with 595.

Overall, 9,251 of the subsidiaries owned by the private banking MNCs in the database are located in the same country as the parent company was headquartered. This means that MNCs in the sector are more likely than average to have a preference for domestic subsidiaries at 51.3%, with the figure for the entire database standing at 45.7%.