Covid-19 and its negative impact on various sectors has been widely reported, but the pandemic has been hugely beneficial for the gaming industry. With a large portion of the planet spending more time at home due to Covid-19 restrictions, the gaming sector saw an increase in spending resulting in sold out Nintendo Switches and PS5 consoles.

It isn’t just consumer spending that increased; investment into gaming has experienced a boom. Game industry deals reached $71bn in the first nine months of 2021 – double the total of 2020 – according to a report by Drake Star Partners . Furthermore, $9bn was raised by private companies across 493 deals involving venture capital and strategic funds.

Since its beginnings in the 1970s, gaming has been rapidly growing, with technology evolving and the consumer base spreading globally. Alongside this, the fight to be the dominant location for gaming has been keenly fought between the US, China, Japan and the UK – all of which had significant presences at the birth of the industry.

This poses the question of what makes a good business environment for gaming and whether there is a location that is dominating the scene? Can other countries catch up with the historic leaders of gaming? Could there ever be a Silicon Valley of gaming or is the industry simply too global to be conquered? 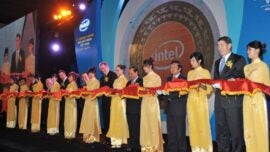 Tech
US-China tech war: Which countries will suffer the most? 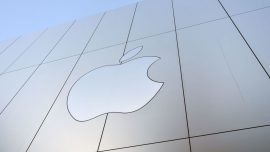 Where does gaming live?

The locations that had a hand in the early development of the gaming industry have continued to hold the lion’s share of the sector with regards to game development companies.

The US, the UK and China are leading the pack, and are all home to more than 300 game development companies. Interestingly, the locations in the tier below, with 101 to 300 companies – Canada, India, Sweden, Japan and South Korea – border these titans of industry. Parts of Africa, eastern Europe and South America have few or no game development offices.

Despite sitting in last place for offices, however, Africa is showing promise in the games market.

Peter Wand, partner at law firm Baker McKenzie in Frankfurt, says: “The fastest-growing gaming markets are the Middle East and Africa, as well as North America. Gaming in these regions is growing at more than 11% year on year, while growth in the Asia-Pacific region is below 8%.”

Despite the clear dominance of certain gaming office locations, Nick Gibson, director of UK-based Games Investor Consulting, says: “Games tend to transcend borders simply because they tend not to be as cultural a product as music, movies or TV.”

The language of games is also universal, meaning that the gameplay and entertainment value often outweigh any country’s specific culture, so theoretically gaming hits can come from any developer in any country. This doesn’t undermine the fact that there are countries that are undoubtedly dominant in games development.

It is also clear that thus far in gaming’s history, hits tend to originate from these dominant gaming markets.

Within the top ten bestselling games of all time, France is the only country to have developed a game that does not sit in the first or second spot for number of games development offices.

“China, the US, Scandinavia and also other European countries have been extremely strong game development jurisdictions in recent years," says Wand. "We at Baker McKenzie have done many gaming merger and acquisition deals in these jurisdictions.”

How to grow your gaming sector

Wand cites access to talent, a stable business environment and a focus on technological innovation as reasons for the success of these regions. The gaming industry relies on a combination of talent and tech to flourish. Taking the UK as an example, the education levels within the gaming industry are very high.

The majority of granular jobs within the industry are educated to degree level. This focus on education is ticking the talent box needed for a lucrative gaming sector, but smart governments are also actively trying to stimulate the industry. The UK introduced the video games tax relief incentive in 2014.

“In the five years prior to the announcement of the video games tax relief, the games sector in the UK actually went into decline," says Gibson. "Since it has been introduced, the UK games development scene has not looked back, and it has recorded almost record growth every single year.”

Of course, games development continues to be the major driver for investment into the sector, but the industry has seen diversification into other sub-sectors, which is opening up new regional possibilities.

As the gaming sector continues to evolve, so too does the nature of investment into the industry – gaming development is no longer solely focused on consoles or within large conglomerates. The rise in popularity of online and mobile gaming, and an increase in the number of indie hits (of which Minecraft is a notable example) offers various entry levels for investors.

Elsa Hu, executive director of GP Bullhound in Hong Kong – a tech investment and advisory company – says: “The industry has seen significant growth, not just in traditional video gaming but in all things related to gaming. including the blockchain side, NFTs and data analytics.”

These investments into blockchain and crypto tend to favour less traditional gaming locations, with Vietnam creating a prominent blockchain market. In December 2021, Vietnam blockchain game hub Whydah raised $25m from a group of investors including Haskey, Eternity Ventures and Bitscale.

So, the industry can be lucrative outside both the traditional parameters of games investment and the traditional locations. Countries hoping to make their gaming offering more attractive should focus on improving access to tech and talent and developing a good understanding of crypto, blockchain and NFTs.

Traditional gaming hubs are not set to lose their dominance within the sector any time soon, nor is there any real threat of one region or country becoming the most important location for gaming activity in the way Silicon Valley dominates the tech industry.

What is clear is that with evermore innovative indie developers emerging, and access to gaming sub-sectors increasing, there are new ecosystems for gaming investments developing constantly. This opens up the potential for games-driven investment to less traditional gaming markets – if they can level up their talent and tech offerings.