The technology and communications industry is a key sector for investment worldwide and plays a major role in the foreign direct investment (FDI) landscape. According to statistics from market intelligence company IDC, the global industry is on track to exceed $5.3trn in 2022. With this in mind, Investment Monitor explores where the world’s top tech companies are establishing subsidiaries.

Earlier in 2022, our Multinational Companies Database was extended to include the subsidiaries of more than 6,000 international companies. The database previously covered the top 2,000.

During our previous analysis of the technology and communications sector, we assessed 340 of the industry’s leading companies. With this latest extension, we will examine 980 top tech multinationals.

See also: Developing talent in robotics and AI for automated machines in Brabant 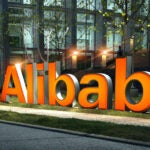 Overall, the technology and communications sector accounts for the largest share of companies included in our database, at 15.8%. It is followed by financial services (14.4%) and construction (11.5%).

Of the 980 technology and communications companies analysed, the US is the leading headquarter location. US-based companies account for 30.1% of the world’s top tech corporations, followed by China (25.4%) and Japan (9.5%).

According to CompTIA’s Cyberstates report, the US tech industry is worth more than $2trn and represents 10.5% of the country’s overall economic value. The sector continues to go from strength to strength, with US tech employment projected to grow at double the rate of overall employment.

More than one-quarter of the top tech companies analysed were based in China. At the beginning of 2022, the Chinese government unveiled plans to increase the digital economy’s share of its GDP to 10% by 2025, up from 7.8% in 2020.

Overall, the 980 tech companies analysed operate 39,640 subsidiaries. This comes to an average of 40 subsidiaries per company, although it should be noted that this is not evenly distributed.

Taiwan-based Hon Hai Precision Industry, better known as Foxconn, is the world’s top tech company by number of subsidiaries, with 756 entities. It is one of the largest technology producers and service providers worldwide, manufacturing products for giants such as Apple, Google, Microsoft, Huawei and Sony.

The company overwhelmingly favours the international market when it comes to establishing subsidiaries. More than 94% of its subsidiaries are based overseas, of which more than one-third are in China.

Approximately one-third of the company’s subsidiaries are based in low-tax jurisdictions, with 110 entities in the British Virgin Islands, 66 in the Cayman Islands, 55 in Hong Kong and 15 in the Bahamas.

US-based multinationals dominate the rest of the top ten, with companies such Emerson Electric, DXC Technology and Dell each registering a significant number of subsidiaries.

Ireland-based Accenture is Europe’s top tech company with more than 500 subsidiaries. The IT company relocated its global headquarters to Dublin from Bermuda in 2009 following a crackdown on companies with significant US operations located in low-tax jurisdictions.

Ireland has long maintained one of the lowest corporation tax rates in Europe at 12.5%, although this figure is set to increase to 15% for businesses with a turnover of more than €750m in line with the proposed global minimum corporate tax rate.

China is the top subsidiary destination for tech companies

China is the leading subsidiary destination for the world’s top tech companies, narrowly pushing the US into second place. Of the 7,019 entities based in China, more than two-thirds are domestic subsidiaries and 31.6% were established by foreign companies.

Approximately 2,220 foreign tech subsidiaries are located in China, with Taiwanese, US and Japanese companies making up the largest share.

More than 6,800 tech subsidiaries have been established in the US, 68% of which are domestic entities. The UK, Japan and Taiwan are the most popular source countries for foreign subsidiary creation.

Sub-Saharan Africa, the Middle East and North Africa and South America are the least popular world regions for tech subsidiaries, accounting for 1.9%, 2.3% and 2.4% of the overall share, respectively.

According to a survey of tech executives by professional services company Grant Thornton, around 60% plan to invest more in employee resources in 2022 to further their international expansion plans. In addition, 57% aim to bring their products and services to more countries and 52% intend to use more foreign suppliers and outsourcers.

The top source countries for subsidiary creation overwhelmingly favour the international market. Of the top ten countries, nine, including the US, Taiwan and Japan, create more foreign subsidiaries than domestic. Switzerland-based tech companies have the highest share of international entities, with 89% their subsidiaries located overseas.

China is the only country in the top ten that operates more domestic tech subsidiaries than foreign (77% versus 23%). This breakdown could be attributed to China’s large domestic market size, with many Chinese companies focused on serving the sizeable national market and not as reliant on the international market to grow their business.

GlobalData has compiled a list of top international companies based on revenue. Any top companies that did not have a subsidiary were removed from the list. The latest company annual reports (2020 and 2021, where available) and websites were analysed for a total of 6,186 companies. For a subsidiary to be included, the parent company had to have a majority ownership/control in the subsidiary. Affiliates, associates, joint operations and joint ventures were included as long as the ownership criteria was met. Subsidiary information was captured at a country level. Country names were standardised. In total, 370,320 subsidiaries were captured.