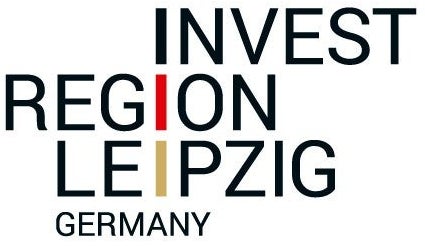 Life sciences are on the rise in Germany. According to analysis by GlobalData, it led Europe for foreign direct investment (FDI) in the industry with annual growth of 8.7% in 2021, and was second in the world to the US. A total of 89 life sciences FDI projects began in Germany last year. It is now the global leader for FDI-funded projects in medical technology.

Many companies and regions are helping to drive Germany’s success. Mainz-based BioNTech, for example, became a household name thanks to its use of mRNA technology to deliver (alongside the US’s Pfizer) one of the first and most widely used Covid-19 vaccines. Berlin-Brandenburg, home to Charité, Berlin University of Medicine – Europe’s largest university hospital – has a long-established reputation as a centre of medical excellence, but the sector’s vibrancy has created room aplenty for new up-and-coming players.

Leipzig is increasingly offering Mainz’s world-famous companies and Berlin’s time-honoured prominence some stiff competition. André Hofmann, CEO of biosaxony – an association representing life sciences companies across the federal state of Saxony – describes the region’s ascent: “Our life sciences sector started quite late in Saxony, in the year 2000, but then the government decided to do something really smart and invested €200m into two things. We call it bricks and brains.”

The bricks: two dedicated innovation centres for life sciences. This includes Leipzig’s landmark BioCity Campus, providing 20,000m2 of ready space and 100,000m2 of development space in central Leipzig for companies to set up, expand and experiment alongside university and non-university collaborators. It is expanding all the time, most notably with the planned opening of Messehalle 12, a new laboratory and innovation centre. And brains: life sciences professorships in Saxony’s universities have doubled from six to 12 over the past two decades, while Hofmann’s own organisation, biosaxony, was founded in 2009 to bring life science luminaries in business and academia together. Its membership has grown from 22 to nearly 150 over the period, with twice as many companies in the state of saxony not being members yet.

The result is a network of innovative start-ups, research institutions and funding opportunities feeding off each other across Saxony. As it expands and diversifies, Leipzig’s life sciences sector has gone from late starter to key player among Germany’s other big-hitting regions.

Leipzig’s geographical and industrial advantages have allowed it to scale up quickly. Its location means businesses in Leipzig are never more than a few hours from Germany’s biopharma centres. And it has a strongly independent supply chain of its own; nearly 300 pharmaceutical, biotechnology, chemical and other life science-supplying companies are located within two hours of Leipzig city centre.

Little wonder that so many biotechnology pioneers have already made Leipzig their home. The rest of Germany and the life sciences world are feeling the benefits. Hofmann points to BioCity companies producing the technical enzymes that most famously provided the raw materials for Covid-beating mRNA vaccines, and are also used extensively in the food industry. Cell therapies from Leipzig-based companies are being deployed in fields ranging from birth defects to cartilage rehabilitation. From DNA sequencing to veterinary medicine, innovation is continuing apace; BioCity has added nearly 400 companies and 13,000 employees to its roster since 2010.

Azenta Life Sciences, formerly GENEWIZ, set up a three-person headquarters in Leipzig in 2017. It has since expanded to a 90-strong team and will soon open a second location in the city, helping other life sciences companies to bring therapies to the market faster, with enterprise-wide sample exploration and management solutions. Dr Kerstin Stangier, senior director for global integrations at Azenta Life Sciences, explains Leipzig’s appeal. “The cluster structures and active local support ensure that we feel part of this innovative community,” she says. “Not to forget the importance of the university, university hospital, and other players in science and the medical sector. This mixture leads to a special atmosphere to create new ideas, expand business, and also work together with other market sectors such as IT and logistics to build new relationships.”

The “special atmosphere“ is borne out by the abundance of new companies springing up in Leipzig. Hofmann gives the example of medical technology. “We have a very interesting company on the campus at the moment called Next3D. They use 3D printers to create medical technology products, something we can certainly expect to grow in the near future,“ he says. “And also Sonovum; they use ultrasound, not to produce images, but to quantify the signal and use this for monitoring patients with neurodegenerative diseases or trauma. It draws on some existing technologies but applies them to completely new purposes.“

Where next for Leipzig?

For life science companies not already based in Leipzig, now is the time to get in on the action. Investment in the sector’s fundamentals is rising, funding for cutting-edge research is ramping up and the eyes of the life science world are turning to the city.

Consider the sector fundamentals. As life sciences grew in Leipzig, labour and capital became stretched, but the city‘s policymakers reacted swiftly. Hofmann notes that new training programmes are being rolled out for GMP operators in cell therapy and biopharmacy, heading off a potential “bottleneck“ even as the sector expands. Meanwhile, applications are under way for the MEDICAL FORGE 2023 intake, an accelerator smoothing the process for medical tech companies looking to take their products to market. Inductees can expect laboratory and office access as well as project opportunities reaching the entire EU medical market. Here, MEDICAL FORGE focuses on hands-on support in regulatory affairs, reimbursement issues and implementation in the healthcare sector. Successful applicants from previous programmes have hailed from Estonia, the US and Poland as well as Germany.

Leipzig’s academic backbone is also receiving new support. The city is already home to world-class life science research facilities like the University of Leipzig’s ICCAS Innovation Centre for Computer Assisted Surgery (groundbreaking medical equipment) and Fraunhofer IZI (pioneering new gene and cell therapies). There are more on the way: the Centre for Medicine Innovation, an organisation bringing together researchers working across the frontiers of life sciences, is in the final stages of a region-wide competition that would secure €140m of funding and 1500 employees. If successful, it would accelerate the progress of breakthrough technologies including novel therapies and medical applications for AI. These developments are strengthening Leipzig’s reputation as an international hub for life sciences innovation.

In October 2022, Leipzig will host the first in-person BIO-Europe conference and trade fair since 2019. With more than 2,000 companies from 60 countries represented then, this year’s event is the perfect opportunity for the many life science ventures that have emerged since the outbreak of Covid to flex their networking muscles and drive their businesses forward. It is sure to put Leipzig squarely on the life sciences map; ambitious entrepreneurs won’t want to miss out.

Life Sciences in Leipzig continues to gather momentum and the businesses on board stand to gain, following the example of Azenta Life Sciences. Dr Stangier’s advice to companies considering making a move to Leipzig is clear: “Just do it! The growing network, the existing infrastructure and the quality of life here makes Leipzig a perfect location in the middle of Europe.“ Decision-makers on the cutting edge of biotechnology, medicine and pharmaceuticals should take note.

To find out more about Leipzig’s life sciences sector, incentives available to investors and the support on offer from Invest Region Leipzig – including the depth of talent in the region, top-notch facilities where businesses can grow and no-strings funding opportunities – download the whitepaper on this page.