A railway connecting all the member states of the Gulf Cooperative Council (GCC) – Bahrain, Kuwait, Oman, Qatar, Saudi Arabia and the United Arab Emirates (UAE) – has been an aspiration of the region’s respective governments since at least 2008.

Those wishing to board a cross-country train from Kuwait City to Muscat are still patiently waiting, however, given several false starts to the scheme.

Yet, at the 42nd GCC Summit held in December 2021, the leaders of the six states approved the creation of the GCC Railways Authority, which has been tasked with bringing the project to fruition. 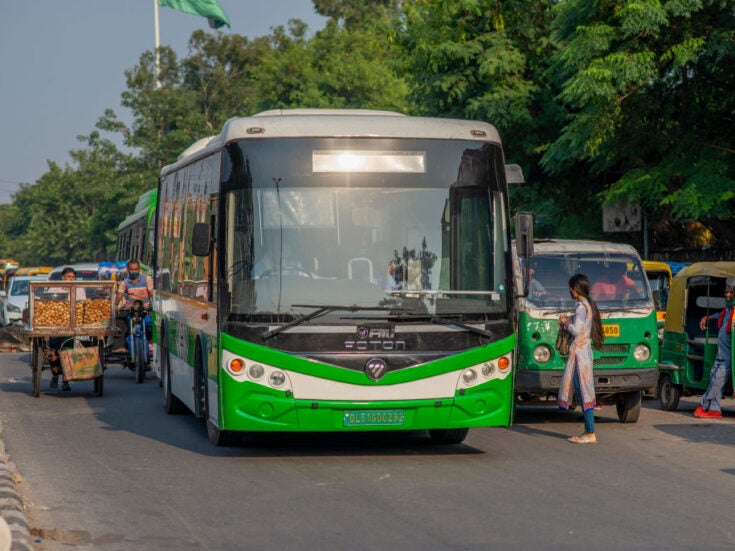 How can transport contribute to a more inclusive and sustainable world? 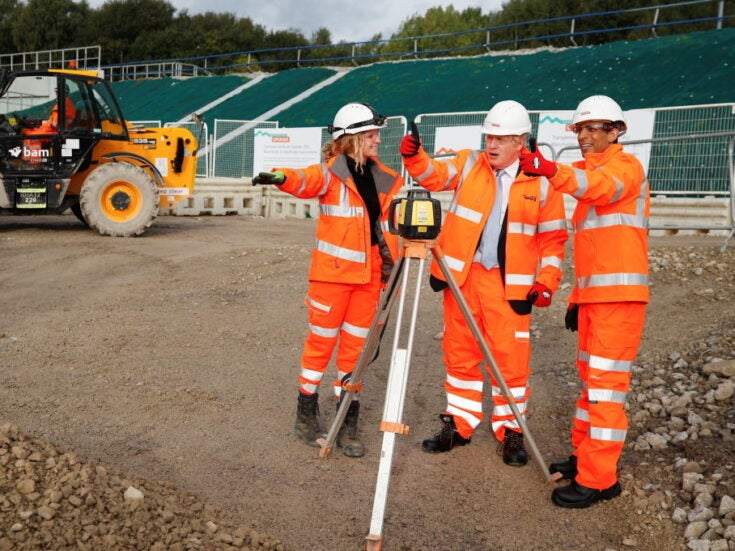 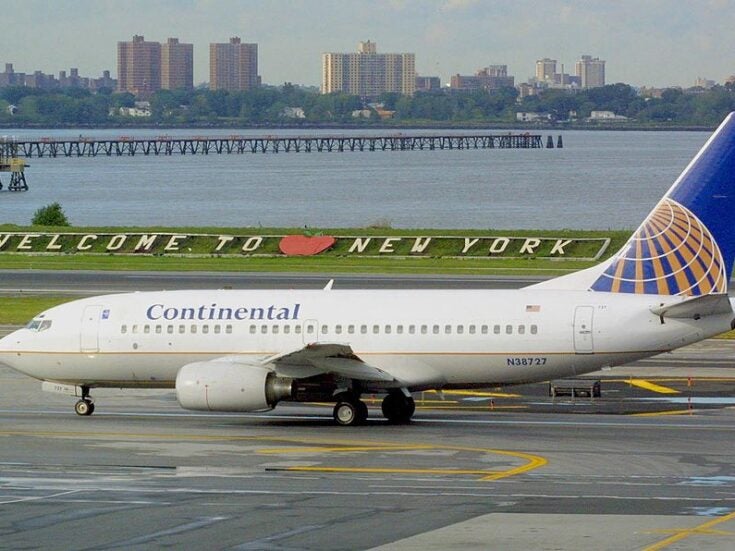 What role can private investors play in the US’s aviation rebound?

If the railway is finally completed it could be transformative for a region that feels connected to the world but divided between its constituent parts.

Although the GCC railway has been given political momentum again, major challenges remain. Central to the scheme is a sharing of responsibilities, yet the capabilities of each member state to deliver its section of the project vary greatly.

A GCC railway would have many benefits

The GCC railway will involve the construction of a rail network of more than 2,000km travelling the coast of the Persian Gulf from Kuwait to Oman, with inland excursions into Saudi Arabia mid-route.

Costs have been estimated at anything up to $200bn, and from a distance it may sound like a vanity or white elephant project. Yet the economic rationale of creating a rail network across the region seems sound and historical precedents bode well.

The late 19th century saw the establishment of two major rail networks comparable to the task at hand for the GCC: the rapid expansion of the US railway and the construction of India’s vast rail network. Both of these projects required huge investment, faced significant geographical challenges but had strong economic impacts.

These are exactly the types of benefits the GCC hopes to achieve by creating a faster route for regional trade and exports. In fact, the GCC railway is seen as pivotal to plans to create a customs union and common market across the GCC.

Tourism, which plays a central role in the economic strategies of both the UAE and Saudi Arabia, would also surely be boosted by the passenger services provided.

The railway could also increase political cooperation within the GCC. Between 2017 and 2021, Qatar was effectively excluded from the scheme due to the economic blockade imposed by its neighbours. At the height of the blockade, Saudi Arabia talked about building a canal and filling it with toxic waste along its border with Qatar.

Now, Qatar has said it is moving forward with its section of the rail network. It must be hoped that allowing greater movement of people between the Gulf states would help foster closer political ties and ease tensions.

Where are railways being built in the GCC?

The target date of 2025 for both the railway and customs union to be operational is, to put it mildly, ambitious, but government targets in the GCC are often better understood as market signals rather than predictions based on deep analytical assessment.

Momentum is definitely increasing for the railway to be built, but some states look better set to hold up their end of the deal than others.

Saudi Arabia and the UAE are leading the way for railway construction in the region. Both have hugely ambitious plans for diversifying their economies away from a reliance on fossil fuels, and investment in rail infrastructure is just part of those strategies.

The UAE government unveiled its new $13bn (Dh 47.75bn) railway programme in December 2021, which expects to generate $55bn in economic prospects through the creation of an integrated railway system.

The $11bn Etihad Railway Network project involves constructing 1,200km of track to connect the principal centres of population and industry in the country, as well as forming a vital part of the GCC railway. The government hopes to connect 11 cities from Al Sila to Fujairah by rail by 2030.

Similarly in Saudi Arabia, the government has announced huge spending committed to constructing new rail infrastructure, stating in 2021 that it will invest just under $150bn (SR562.66bn) on transport and logistics.

Saudi Arabia has the largest existing rail network in the region and has successfully completed some major projects in recent years. A high-speed railway connecting the country’s two religious pilgrimage sites, Mecca and Medina, was opened in 2018 as part of an ongoing major expansion of rail services across the country.

Saudi Arabia’s most significant ongoing rail project is the 1,300km Land Bridge that will connect the country’s ports on the Red Sea coast to those on the Arabian Gulf. The Land Bridge project, which is due to start construction in 2022 and be completed in 2026, has estimated costs of anywhere between $7bn and $26bn and is being developed in partnership with an unnamed Chinese company.

GlobalData estimates that Saudi Arabia will be spending as much as $11bn a year on rail infrastructure by 2025.

Rail development not equally spread across the GCC

While the UAE and Saudi Arabia appear to be in full steam ahead mode with their rail developments, other parts of the proposed GCC railway remain more hypothetical.

The biggest challenge in delivering the project will be getting each of the countries to complete their sections on time. Not all of the GCC states have the spare government budget to throw at large infrastructure projects like the UAE and Saudi Arabia do, and some have poor records of delivering them even when they try.

Qatar has said that it will start construction on its planned 146km passenger and freight rail link to Saudi Arabia in 2022, but in reality the project remains at an early stage. The government may yet use public-private partnerships to leverage private sector expertise, but Qatar has previously relied on state-led and financed projects, particularly for the infrastructure built to host the 2022 FIFA World Cup, which included a new metro system in Doha.

In Bahrain, the long-proposed King Hamad Causeway train and road connection with Saudi Arabia is still in the feasibility stage. Market sources suggest that previous studies conducted by private consultants were not favourably received by the government, and everything remains on hold.

Meanwhile, Oman scrapped its private sector-backed projects to construct a rail link with the UAE back in 2016 due to economic challenges.

Then there is Kuwait, which has spent more than a decade trying to develop a whole range of infrastructure projects in partnership with the private sector, but most of them remain unrealised.

So will the GCC railway happen?

The most likely outcome of the GCC railway project seems to be the UAE and Saudi Arabia having impressive rail networks by the end of this decade, but with a passenger’s ability to take a train from Kuwait City to Muscat being less of a certainty.

The GCC railway faces a number of technical challenges given the difficult terrain and weather conditions in the region. Similar to conditions in parts of Australia, train wheels can erode up to ten times faster and all parts of the network are threatened by rapid erosion due to sandstorms.

These challenges are not unsurmountable but do require additional investment and a certain expertise. International private sector companies will be needed not just for the construction but also the operation phase of the project, with post-construction privatisations of services likely.

Connecting these intercity rail services with mobility as a service infrastructures within cities will also be a challenge that requires investment and ingenuity. The modern metro systems being constructed in Doha and Riyadh will be examples other cities will look to learn from.

Governments need to accept that transport services are almost exclusively loss-making and require constant subsidisation, with no hope of recouping initial capital costs even if privatised.

The projects in energy and infrastructure that Saudi Arabia and the UAE have procured in recent years show that these countries are willing to commit the funds and properly engage the private sector to create world-class projects, but there is little evidence yet that other GCC states will follow suit.

There will be a lot more rail travel in the GCC in ten years’ time; you just might not be able to travel from one end of the region to the other in one seamless service.