In mid-2021, US President Joe Biden’s administration announced a target of a 50% electric vehicle (EV) sales share by 2030.

“Specifically, the president will sign an executive order that sets an ambitious new target to make half of all new vehicles sold in 2030 zero-emissions vehicles, including battery electric, plug-in hybrid electric, or fuel cell electric vehicles,” the announcement read. 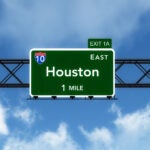 Automotive
The best places to set up, expand or relocate a business for anyone looking to invest in the US 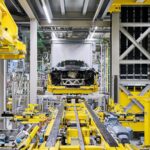 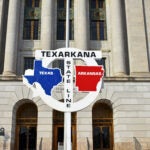 US automakers Ford, GM and Stellantis, as well as the United Auto Workers, stood with Biden at the White House on the day to show their support.

Shortly after that, Ford announced a 50/50 partnership with SK Innovation to invest $11.4bn in two new battery plants in Kentucky and one in Tennessee, aiming to create 11,000 jobs.

A few months later, GM followed by announcing an investment of more than $7bn in four Michigan manufacturing sites, creating 4,000 jobs and retaining 1,000.

Manufacturing EVs, however, is only one step towards the electrification of transport networks. To make EVs run, charging points are needed and the build-out of a nationwide network across a country as large as the US requires vast sums of capital to be deployed.

The Biden administration has set aside $7.5bn to build a network of 500,000 chargers. The announcement highlights in two points how the federal programme will work as a catalyst to increase private investment in the sector.

Financing the EV charging infrastructure is certainly the segment that most appeals to private and institutional investors, who have already noticed the synergies that the federal government plan can create between them and car manufacturers.

“There is a virtuous circle," says Julien Touati, partner and corporate development director at greenfield infrastructure investor Meridiam. "Financing EV charging infrastructure requires visibility on actual demand, which is itself supported by the effort from carmakers to scale up their EV offering and their decision to phase out from fossil fuel.

“Conversely, the appetite from institutional investors for such infrastructure enables carmakers to focus their investments on the industrial supply chain to manufacture the EVs themselves – which by itself exceeds tens of billion dollars for large carmakers – and lets institutional investors focus on the adjacent, much-needed investments into the infrastructure paramount to massive EV roll-out.”

Private investors are not at all new to the EV market and have already been supporting charging companies.

US energy and infrastructure investor LS Power recently announced the acquisition of EVgo, the country’s largest developer of EV charging networks with a footprint of more than 750 sites consisting of over 1,250 fast chargers across 34 states.

Already in 2018, large institutional investors such as Singapore’s sovereign wealth fund GIC and Canada Pension Plan Investment Board were among the investors that contributed to ChargePoint’s $240m fundraising scheme.

The rural challenges of a US EV roll-out

That is especially true when it comes to mobilising private and institutional capital.

Meridiam’s Touati – whose company took part in a first-of-its-kind project finance transaction in EVs in Europe – says: “The inertia in the shift to EVs in North America – despite the most welcome support from the US government – is providing [fewer visible] opportunities than in Europe. The US EV penetration is about one-third the size of China. By 2030, Europe is expected to overtake China, when the US is half the size of the European market, according to LMC Automotive.”

Among the reasons for this, according to Touati, is that there is “higher urbanisation across Europe, a scarcity of in-home parking and favourable regulatory dynamics supporting the shift to EVs”.

Biden’s plan takes into account the low urbanisation in the US, and has committed to supporting rural charging as a priority.

Rural land makes up the vast majority of the US territory, as much as 97%, according to the United States Census Bureau’s statistics in 2017, but while only 19.3% of the population lives in rural areas, versus roughly 80% in urban areas, it is that minority that Biden’s plan needs to appeal to in order to make the roll-out of EVs a success.

“The biggest challenges that the Build Back Better agenda is facing in relation to the EV build-out are the financing of supporting infrastructure and convincing American users to rely on electric vehicles and charging points,” says David Baxter, a sustainable public-private partnership (PPP) and development consultant.

Americans, he continues, are used to driving long distances and are concerned that they will be stuck in the middle of nowhere should the EV charging network coverage and reliability not be adequate.

“The first phase of the EV charging network build-out will focus on increasing availability in rural areas versus urban areas in order to cover larger gaps and distances and to build public confidence,” says Baxter.

In recent years, a few initiatives have already been established at state level to create EV corridors across certain states.

In 2019, for instance, governors from eight western states – Arizona, Colorado, Idaho, Montana, Nevada, New Mexico, Utah and Wyoming – signed a memorandum of understanding to provide a framework for creating an Intermountain West EV Corridor to make it possible to drive an EV across major transportation corridors in the states.

“Now it is time to draw in the big power utilities," says Baxter. "Strides are being made as Colorado and Florida have developed EV deployment infrastructure plans and are working closely with the energy department.”

The creation of EV corridors and bubbles creates the perfect opportunity for institutional and private investors to come in.

“Institutional investors are likely to be more attracted by regional initiatives, which could offer a bundling of PPPs that would help them fulfil their environmental, social and governance allocation,” Baxter explains.

Arrangements between providers and local governments and municipalities will also help attract the interest of this type of investor, he adds. One example of this is the California Framework Agreement between the State of California and five automakers: Ford, Honda, Volkswagen Group, BMW and Volvo.

EV manufacturing relies heavily on minerals and rare earth elements – such as copper and lithium – that are used to make the car chips. Most of the Build Back Better plan, which is heavily geared towards renewables, depends on such minerals, which are not always available – or at least not in sufficient quantity – in the US.

This, according to Michael Likosky, an infrastructure and energy expert and partner at law firm Results, creates a perfect entry point into the US EV market for foreign institutional investors.

“Biden’s plans rely heavily on minerals that are sourced in Africa and Australia," he says. "The US has very little production at the moment and does not have sufficient processing capabilities, which is the reason why the manufacturing plans are faltering.

“This is a space that institutional investors understand and are comfortable investing in.”

The Biden administration is aware of the challenges that local supply chains face when it comes to the production of rare earth elements. Very recently, through the Department of Defense, it announced a £35m grant to MP Materials to design and build a facility to process heavy rare earth elements at the company’s production site in Mountain Pass, California.

While the Build Back Better plan focuses heavily on creating opportunities for US businesses, the government is not neglecting the contribution foreign investors can make.

Last year, the Department of Defense announced another grant, this time of $30.4m, to Australian mining company Lynas to establish domestic processing capabilities for light rare earth minerals in the country. Lynas is a publicly traded company that is 44.7% owned by institutional investors.

The roll-out of EV charging stations in the US and the consequent take-up rate of EVs by the US public are strictly intertwined. Any efforts to persuade Americans to ditch their gas-guzzling automobiles will require significant infrastructure and energy-related investment, and both local and foreign institutional investors have an important role to play.

Discover Charleston. A fast-growing population, a technically-skilled workforce, efficient access to the global marketplace, and a diverse portfolio of real estate options. Charleston is a globally competitive community for life sciences.
by Charleston USA
Thank you.Please check your email to download the Charleston Life Sciences Brochure.
Topics in this article: ESG, Sustainability
SUBSCRIBED