In his resignation speech outside the doors of No. 10 Downing Street on 8 July, Boris Johnson stated that British people were “willing to tackle old problems in new ways”. From manufacturers and the bodies that speak for them, it was almost possible to hear the collective groan.

For many years, even before the impact of Brexit was felt, British manufacturers have been crying out for support from the UK government to ‘tackle old problems in new ways’, to bolster manufacturers with investment to create a much-needed talent pipeline and better adopt new technologies. Since Brexit, the calls for this kind of support from government have become more urgent and frenzied.

A £53m injection will not save UK manufacturing

Almost exactly a year before Johnson’s goodbye speech, the UK government announced an injection of £53m into the manufacturing sector through the Made Smarter programme. According to the UK government, the investment was intended to “help supply chains become more productive” and “accelerate the development of cutting-edge digital solutions”.

A year on from the initial announcement, UK manufacturing growth has slowed to a two-year low. The S&P Global/CIPS UK Manufacturing PMI report recorded a reading of 52.8 in June, down from 54.6 in May. Although it should be noted that any reading above 50 indicates growth, the steadily decreasing figures are cause for concern. 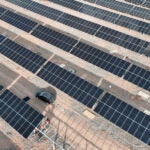 Manufacturing
What trends are set to drive demand for investment in the next decade? 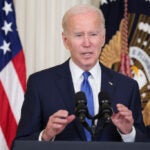 Manufacturing
Is the Inflation Reduction Act bad news for US manufacturers?
Data Insights
View All

On top of these disappointing June figures, new order inflows – the measure of new customer offers for goods and services – contracted for the first time since January 2021, with the consumer goods and intermediate goods subsectors being hardest hit. Brexit, the war in Ukraine, China’s staunch Covid restrictions and a global economic slowdown have all been cited as reasons for the slowdown in UK manufacturing growth. This bleak state of affairs begs the question whether or not the well-intentioned £53m is enough to save the UK’s crumbling manufacturing sector.

While £53m sounds like a lot of money – particularly amid a cost of living crisis – many experts state that the figure needed to be in the billions to make a meaningful dent in the issues the industry is facing.

Pessimism on the rise

The UK manufacturing sector has also not emerged from the ongoing cost of living crisis unscathed, with the S&P Global/CIPS UK Manufacturing PMI report highlighting that about 68% of those surveyed said they had experienced a rise in their average cost burdens in June 2022. The report went on to state that this was attributed to inflation linked to higher prices paid for energy, fuel and staff wages.

Make UK reported similar findings in a report released in the same month, in which 67.8% of companies surveyed cited catastrophic or major disruption due to rising energy costs. Alongside this there was also continuing concern over raw material costs, rising transport costs and the familiar problem of the skills gap.

In correlation to a two-year low in productivity, vacancies in the manufacturing sector have also hit a record low, with 4.1 vacancies per 100 jobs.

It comes as no surprise then that the S&P report concluded that “the degree of positive sentiment regarding year-ahead prospects is the lowest since May 2020”.

The low morale rippling through the UK manufacturing sector is understandable when it is considered that the government it is turning to for crisis relief is the government that served up the Brexit deal that it is struggling to come to terms with.

Since new customs controls were implemented by the EU on 1 January 2021, following the signing of the EU-UK Trade and Cooperation Agreement on 30 December 2020, UK manufacturers have had to face a painfully slow and often confusing roll-out of Brexit changes. More than two years later, the industry is still awaiting clarity on a number of issues including import controls and marking regulations.

Furthermore, more salt was rubbed in the wound of UK manufacturers when the European Commission announced its New European Innovation Agenda (a programme that rolls out investment to support innovative practices across manufacturing industries) on 5 July 2022. This is a programme that British manufacturers had benefited from prior to Brexit. The UK government had promised to replace this funding, yet clear plans to do so are yet to materialise.

Resilient leaders in the sector

The issues surrounding this funding highlight another problem for UK manufacturers; communication between government and the sector is often lacking. Make UK reported that 90% of manufacturers supported establishing an overall national target for industry growth, but 75% were unaware of the UK government’s Plan for Growth initiative, showing a clear disconnect.

With both reports outlining the growing pessimism and continuance of ‘old problems’, Make UK was also quick to highlight that there is still hope among manufacturers. Its report found that 52% of companies are planning to grow their business by more than 20% in the next five years.

Furthermore, when asked what support they needed from the UK government, manufacturers clearly cited investment incentives as the most pressing need. Investment into apprenticeships was a close second and stronger local industrial strategies was third.

Make UK regularly touches base with manufacturers, publishes surveys and reports its findings directly to government; there can be no excuse for ignorance on the issue of manufacturing needs.

If Johnson’s parting words ring true, and there are many British people who thrive at tackling old problems with new solutions, then the hope must be that, where manufacturing is concerned, the country’s next prime minister will offer the sector a significant level of investment and encouragement before growth in UK manufacturing disappears completely.

Topics in this article: Brexit
SUBSCRIBED