Amid a multifaceted global crisis of generational proportions, money is flooding into US markets. The result has been an ever-strengthening dollar, with the currency now at a 20-year high against a basket of currencies, and a 35-year high against the British pound.

That is good news for US international tourists and importers, but bad news for the country’s exporters and those earning much of their revenue outside the country.

Insights
How does North Macedonia punch above its weight when it comes to attracting FDI? 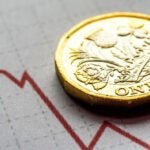 Insights
Why is the British pound in freefall?
Data Insights
View All

It is particularly bad news for governments around the world with dollar-denominated liabilities, which are likely to see their debts and repayments rise substantially in real terms. In the 1980s, a similar shock to exchange rates helped plunge much of the developing world into debt crises.

Around 20 emerging economies are currently trading their sovereign debt at distressed levels, with yields more than ten percentage points above similar-maturity US bonds, according to the International Monetary Fund. Overall, 60% of low-income countries are either already in debt distress or at high risk of debt distress.

As in the 1980s, the context for the dollar’s strengthening position is a global inflationary crisis and rising interest rates. The US Federal Reserve’s relatively swift increases to interest rates have reassured investors and increased their earnings from holding US Treasury bonds, incentivising them to convert their money into US dollars and further inflate the price of the currency. Investors have also been reassured by the US’s distance from Europe and its status as a net energy exporter.

The rising dollar poses a particular risk to countries without a significant stake in booming dollar-denominated commodity export markets. Stemming the outflow may require such governments to raise interest rates themselves. The euro rose slightly against the dollar on Monday 12 September, days after the European Central Bank raised its policy rate from zero to 0.75%.

Playing catch-up with the Fed may alleviate some of the currency pressures facing such economies. However, it could also encourage central banks to raise interest rates beyond what domestic demand can withstand, creating or deepening recessions at a time when living standards are already squeezed.