Civil unrest is on the rise around the world as governments struggle to cope with soaring inflation, according to a new report.

Analysis by risk intelligence company Verisk Maplecroft suggests that, out of 132 countries analysed, 62 are likely to see their risk of civil unrest increase over the next two quarters.

Six of the ten countries with the highest probability of an increase in unrest are in Africa, with Algeria, Cameroon and Senegal set for a particularly difficult six months. 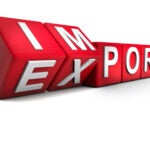 Insights
How do the world’s top FDI locations trade and invest globally? 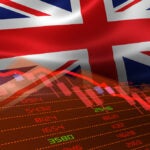 Insights
Just how bad is the outlook for the UK economy?
Data Insights
View All

The Americas is set to be the worst affected region, however. Of the 24 countries analysed, 16 are forecast to see an increase in the risk of unrest, including the US. The report suggests that the risk of civil unrest in Chile is likely to rise from 'high' to 'extreme' over the next six months.

Chile has been rocked by political and economic instability over the past three years. On 5 August, voters in the Andean country overwhelmingly rejected the new constitution that had been proposed as a solution to the country’s recent turmoil.

A perfect storm for civil unrest

The report pins the rise in civil unrest on skyrocketing global food and energy prices, with additional downside risk over the next six months from unexpectedly extreme weather or natural disasters.

The growing risk of instability comes at a time when many countries are already facing crises of governance. Over the past quarter, according to Verisk Maplecroft’s analysis, 101 of the 198 countries analysed saw an increase in the risk of civil unrest (compared with just 42 that saw a decrease). More countries have seen an increase in risk over the past three months than at any point since the index began in 2016.

“The resulting threat to economic activity and foreign investment comes at a bad time for businesses as they adapt to rising energy prices,” says Torbjorn Soltvedt, the report’s principal author.

“Potential disruption to operations and supply chains is a major concern for companies, as is the potential to be associated with heavy-handed responses to unrest from affected governments.”

Notably, eight of the ten countries forecast for the largest increase in civil unrest over the next two quarters are middle-income countries: Bolivia, Bosnia and Herzegovina, Egypt, Georgia, the Philippines, Serbia, Suriname and Zimbabwe.

Many middle-income countries are facing particularly severe stress as they struggle to maintain Covid-related stimulus measures. Global supply chain issues and a rise in commodity prices have since made such policies difficult to sustain, leading to the need for painful austerity measures.

Verisk Maplecroft warns that these trends are likely to exacerbate the ongoing trend towards greater restrictions on free expression as governments struggle to contain dissent. Over the past two years, 66 countries have seen free speech eroded, according to Verisk Maplecroft’s research. Among those seeing significant tightening of restrictions are Chile and Sri Lanka, both of which have suffered large-scale civil unrest in 2022.

The report warns that, by limiting citizens’ ability to dissent peacefully, crackdowns on civil liberties are likely to be counterproductive. “The most explosive civil unrest is likely to occur where avenues for dissent are narrowing and where the ability to shield populations from the rise in living costs are limited,” says Soltvedt.

“Crucially, this is also where investors are likely to rush for the exit first, leaving the most vulnerable governments even less equipped to take measures to reduce the risk of civil unrest.”