Covid-19 slowed economies worldwide in early 2020. Global carbon emissions fell nearly 9% in the first half of the year compared with the same period in 2019. In May 2020, more than 150 companies issued a statement affirming their commitment to net zero and urging that countries’ pandemic recovery plans align with the Paris Agreement.

The most promising Covid-19 stimulus package is that of the EU, which in June 2020 announced a green recovery programme worth €750bn ($915bn). European governments must present detailed spending plans that align with Europe’s strategic vision to secure the funding. Priorities include investments in environmentally friendly technologies, clean transport, decarbonisation of the energy sector and increased building energy efficiency.

Fossil-fuel entrenchment is still evident, however. Among G20 countries, nearly $293bn has been allocated to fossil fuel energy and just $157bn to green energy. In the UK, the imbalance is worse: the UK has allocated some $3.8bn to fossil fuel and nuclear energy production and a mere $165m to renewables. Brazil, China, India, Indonesia, Mexico, Russia and South Africa have all announced environmentally harmful stimulus plans.

On a more positive note, an April 2021 survey from global bank ING found that 57% of companies were accelerating green transformation plans, and 62% would likely tie executive compensation to environmental targets in 2021. Among investors surveyed, 74% had increased commitments to aligning portfolios with the goals of the Paris Agreement, and 72% were adopting more ambitious targets for sustainability outcomes of environmental, social and governance (ESG) investment.

Almost all stakeholders involved in the sustainability debate agree on the need to reach net-zero carbon – that is, to eliminate greenhouse gas (GHG) emissions – as quickly as possible. Reducing emissions, chiefly by switching from fossil fuel energy to renewable energy, is the most effective way for companies to make future-proof strategic decisions, ensuring that their business models are compatible with a sustainable economy that protects the planet’s liveability. Additionally, because renewable energy (especially solar energy) has dropped dramatically in price in the past decade, reducing emissions often implies increasing efficiency and reducing operating costs. Therefore, it can also be the most cost-effective solution and one that can push companies and sectors to compete and innovate and, ultimately, deliver better products. Later in this report, as we discuss steps that individual companies are taking, the shift to renewables is prominent.

The shift from fossil fuels to renewables represents a massive challenge. Yet the rapid evolution and uptake of electric vehicles, and dramatic declines in the price of renewable energy, are positive signs that it can be accomplished, especially given increasing pressure from consumers, investors and other stakeholders. In late May 2021, when activist shareholders forced ExxonMobil to add two climate-focused members to its board, its share price rose on the New York Stock Exchange.

While emissions will need to be cut across the board, sectors such as aviation, steel and cement face greater challenges than others. When reducing emissions proves impossible in the short-term, carbon offsets are an alternative. Research and development of CCS may eventually make this another viable alternative.

CCS refers to an array of technologies that counteract global warming either by trapping GHG emissions from sources such as power plants and factories before they can dissipate in the atmosphere, or by pulling GHG out of the atmosphere, then storing it deep underground or reusing it in constructive ways. Research has shown that CCS is relatively effective, but it is complex, expensive and not without downsides.

CCS technologies often fail to capture 100% of the emissions produced by a power plant and are extremely energy-intensive, consuming more than 30% of the energy produced by the plant. Furthermore, they entail high upfront costs relative to carbon-free energy production technologies. Besides the high costs of CCS and the financial risk from the likely devaluation of carbon-intensive energy sources, there are also physical risks to consider. Carbon dioxide (CO2) stored underground can create pressure, which in turn might induce seismic activity, researchers have found. Additionally, CO2 reservoirs can leak, contaminating soil, air and groundwater. Therefore, while CCS has interesting potential, its costs and risks must be addressed before it can be deployed on a commercial scale.

Offset markets fall into two main categories: compliance, used to meet binding caps such as the EU’s Emission Trading Scheme; and voluntary, in which individuals or companies buy offsets of their own free will. Offsets face multiple criticisms. First, their effectiveness and legitimacy are often questioned. While the offset market attempted to respond to these criticisms by developing certification systems such as the Voluntary Gold Standard and the Voluntary Carbon Standard, multiple enquiries have found that offset projects often fail to deliver their promised emissions reductions. This is partly because offsets are inherently difficult to audit.

A legitimate offset possesses three key characteristics: additionality, permanence and unicity. That is, the project’s emissions reduction should be additional to any reduction that would have taken place independently; it should be long-lasting; and it should only be counted once across all jurisdictions. Furthermore, the reduction should not have any side effects that lead to increased emissions in surrounding areas or contingent activities. The international nature of most offsets makes these characteristics difficult to audit, often leading to disappointing and even counterproductive results.

Finally, there are simply not enough carbon sinks in the world to offset the current level of GHG emissions. Offsets are often seen as a Band-Aid that merely postpones the decarbonisation needed to truly solve the issue of climate change. However, various industries, materials and processes currently lack low-carbon alternatives. For these, high-quality and verifiable offsets may be the best option, at least until low-carbon alternatives can be discovered or developed. Still, for many companies and processes, improving energy efficiency and shifting to low-carbon energy sources is already the most cost-effective way to pursue emissions reduction.

This article is an extract from Climate Change, the latest in a series of ESG thematic reports from GlobalData.

Luke Gowland and Alice Cordo-Gallucci contributed to the report. 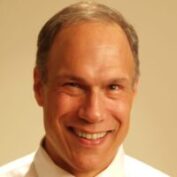