Enjoying shrimp, crab or lobster might not need to involve fishing in a not too distant future, or so is the target of Singapore-based Shiok Meats, which specialises in cultivated seafood and is the first company of its kind in South East Asia, according to its marketing director Brenda Hobin.

This seafood produce is commonly referred to as ‘lab-grown’, but Hobin explains that Shiok Meats calls them “cultivated meat”, as per the standards of the Global Food Initiative.

And actually, Hobin points out that calling such foods “lab-grown” is quite wrong, as the laboratory stage is used for research and only “a little bit of meat” is produced there. “It is not possible to use [the laboratory on a] larger scale,” she explains.

The process starts by taking a stem cell sample from a crustacean, which is then made to multiply in a bioreactor, similar to the tanks used in breweries, with the cells being fed a nutrient medium similar to what crustaceans require to grow in the ocean. “In layman’s terms, it is similar to when we make sourdough, growing the starter. That is how we do it,” adds Hobin. 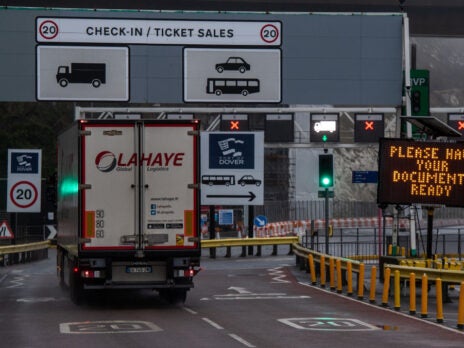 With advancements such as these taking place, it is no surprise that alternative meats are forecast to become more and more common on supermarket shelves. According to consultancy Kearney, the global cultivated meat sector is set to grow at a 41% compound annual growth rate, faster than both plant-based and conventional meats. A report on the future of cultivated meats by Edison Group predicts that the market will reach about $600bn in size by 2040. By this time, the Kearney report states that cultivated meat will make up 35% of the global meat market.

With this in mind, Shiok Meats’ location in Singapore seems like a perfect fit, as in 2020 the country became the first to approve the sale of cultivated meats. This – the legislation in place regarding cultivated meats – is crucial for the expansion of companies such as Shiok Meats, which has ambitious plans to market cultivated seafood beyond Singapore, explains Hobin, who adds that the company will look to go wherever there is a regulatory framework in place.

Shiok Meats will start in Singapore before moving “to places like Japan, Hong Kong, Thailand, South Korea, etc”, she says.

“Our plan is robust yet versatile – we can go wherever the framework is in place. There are two kinds of expansion [plan]. One is where we build our own plant, and the other is to work with different companies around the world and license our tech, which would further reduce the carbon footprint. Because when we do not have to send the items out that is where we can really contribute to the reduction in carbon dioxide.”

When it comes to promising locations, Hobin points at countries where, although there is no open regulation in place yet, there is a lot of R&D in cultivated meats, such as Switzerland, the US, France and the UK.

Cultivated meat: set for a place on the chef’s table?

Singapore provides firm foundations for an innovative food company such as Shiok Meats, with the company’s surveys stating that consumers in the country are very open to trying cultivated meats. “In Singapore, 78% of the population are open to trying cultivated meats, and in Hong Kong, 95%,” says Hobin, adding that consumers “are actually becoming aware of the importance of consuming sustainable produce” and are more and more “concerned about the impact of what they eat on the environment”. Indeed, the company has plans to collaborate with chefs in Singapore to use cultivated meats in their restaurants.

Hobin adds that she is confident consumers will keep cultivated meat in their diets once they take that first step. “The taste is exactly the same as the real thing,” she says.

This seems plausible, especially given the increased interest in healthier food alternatives, but also in making meals more environmentally friendly. The fishing industry has also come under increasing scrutiny in recent years because of its unsustainability.

As such, cultivated seafood (and other meat products) seem to be garnering plenty of attention and their future seems promising: the products are less cruel towards animals and kinder to the environment, but their take-off is still highly reliant on the right regulatory frameworks being widely introduced.