The economy of the mid-west and central north-east US (consisting of Illinois, Indiana, Kentucky, Michigan, Missouri, Ohio, Pennsylvania, West Virginia and Wisconsin) grew year on year throughout the late 1990s and early to mid-2000s. Regional GDP increased at a compound annual growth rate (CAGR) of 3.9% between 1997 and 2008. In the fallout of the global financial crisis, the region’s economy contracted by 2% in 2009. 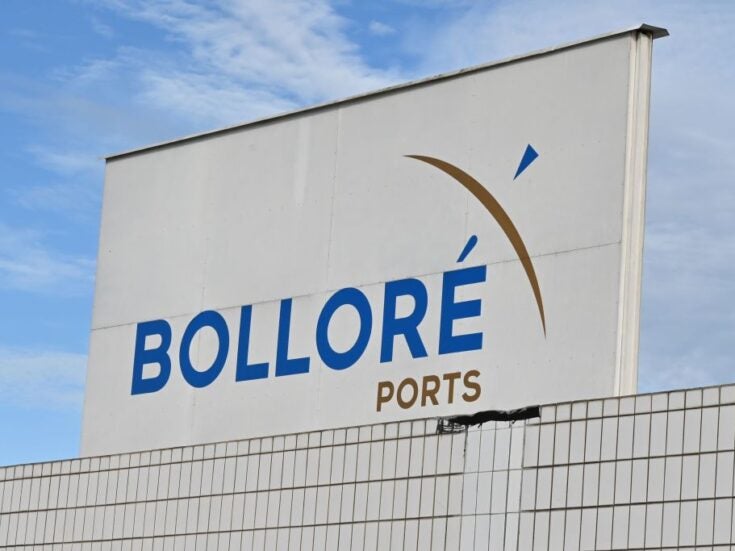 What role do French post-colonial legacies play in African FDI?

FDI in consumer goods: The state of play 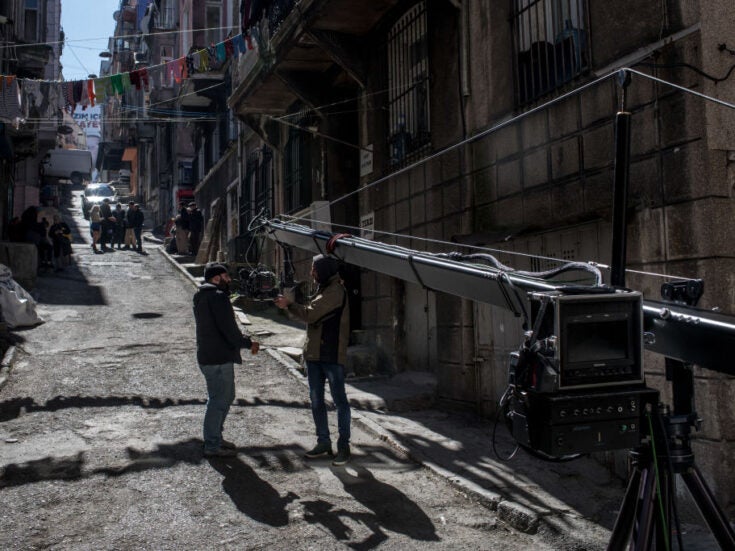 FDI in film-making: The state of play

Illinois is the largest economy across the mid-west and central north-east US. It is also the fifth largest in the country behind California, Texas, New York and Florida. The Prairie State recorded a GDP of $938.3bn in 2021, accounting for one-fifth of the region’s overall figure. In addition, Illinois has the highest GDP per capita in the region at $74,052.

Given Illinois’s central location, its businesses benefit from access to the entire North American market within a four-hour flight. The state also boasts five international airports offering direct flights to 50 global destinations as well as the third-largest intermodal port in the world. It is home to labour force of almost 6.5 million as well as more than 440 major corporate headquarters and 1.2 million small businesses.

The Chicago metropolitan area, the third largest in the US for economic output behind New York and Los Angeles, is a global hub for finance, agriculture, logistics and manufacturing. Three of the world’s top international exchanges are based in the city, including the Chicago Mercantile Exchange, the largest futures exchange in the world.

In addition, Chicago’s tech scene continues to grow. In 2021, the city’s start-ups raised more than $7.9bn in growth capital, more than $1bn more than the amount raised in 2020. In the same year, a record 12 Chicago companies achieved unicorn status – an investor valuation of $1bn or more.

Pennsylvania is the second-largest economy in the mid-west and central north-east US. It recorded a GDP of $839.4bn in 2021, representing 18.4% of the overall regional economy. The state also has the second-highest GDP per capita at $64,751.

Key business sectors range from natural gas and manufacturing to tourism and plastics. Pennsylvania’s agribusiness industry employs 579,000 workers, accounting for 10% of overall jobs. In addition, more than 2,300 food processing companies are active across the state.

Life sciences also plays a vital role in the local economy, with more than 2,300 companies based in the state, employing more than 78,000 staff. As such, Pennsylvania’s total life sciences employment concentration is 10% higher than the US average.

The state is a leader in advanced manufacturing and innovation across various industries including the industrial internet of things, additive manufacturing, 3D printing, automation and advanced materials. It boasts the third- largest manufacturing workforce in the country by state, with more than 600,000 skilled employees.

In addition, over 13,000 engineers and engineering technicians graduate from 50 or more campuses across Ohio each year, ensuring a vast pool of talent.

Indiana experienced the highest population growth rate among the states analysed. The state’s population grew at a CAGR of 0.43% between 2010 and 2021. Key industries include aerospace, aviation, defence and life sciences.

Indiana is the region’s top FDI destination per capita

According to GlobalData's FDI Projects Database, the number of foreign direct investment (FDI) projects across the mid-west and central north-east US dropped by 21.1% between 2019 and 2020, from 369 projects to 291.

Illinois is the region’s leading FDI destination. In 2019 and 2020, it was the sixth most popular state for foreign investment in the US, behind California, Texas, New York, Florida and Georgia. Illinois attracted 65 FDI projects in 2020, a 27% decrease from 2019.

The state hosts more than 1,900 foreign companies including UK oil and gas giant BP, Swiss pharmaceutical manufacturer Novartis and German automation company Siemens. In addition, Illinois is the largest exporting state in the mid-west (and the fifth largest in the country) and boasts eight foreign trade zones.

Of the 154 projects recorded in 2019 and 2020, almost one-quarter were from UK-based companies, followed by Germany (12.3%) and Japan (11.7%). The most popular sectors for investment were software and IT services, business and professional services, and industrial machinery, equipment and tools.

Notable projects include Swiss food giant Nestle’s planned $167m expansion of its factory in Cumberland County through its pet food subsidiary Nestle Purina PetCare, which will see the creation of 94 new jobs.

Michigan remains a global hub for the auto industry. The state boasts nearly 19% of all US auto production, more than any other state in the country. In addition, 96 of the top 100 automotive suppliers to North America have a base in Michigan – 71 of which are headquartered in the state. Michigan also has the highest concentration of mechanical and industrial engineers in the US, which is more than four times greater than the national average.

In addition, Illinois has the best internet in the mid-west and central north-east with a median mobile internet download speed of 82.1 megabits per second in the first quarter of 2022.

West Virginia recorded the lowest mean salary of all the states analysed at $46,490 in 2021. Conversely, Illinois had the highest mean salary at $59,650.

Ohio is the only state in the region that doesn’t have a corporate income tax. However, the state has a gross receipts tax. JobsOhio, the state’s economic development organisation, offers a wide range of performance-based initiatives for new and existing companies, including loan and grant programmes and tax credits.

In the 2021 edition of CNBC's America’s Top States for Business ranking, Ohio ranked tenth overall, second for cost of doing business and seventh for access to capital. The state’s low cost of doing business as well as the low cost of living for its employees make it an attractive destination for investors. Since 2016, Ohio has attracted more than 40 companies, almost 10,000 jobs and $625m in payroll from the US coasts.

Pennsylvania is the state with the highest corporation tax in the mid-west and central north-east at 9.99%.

Wisconsin recorded the highest life expectancy of all states analysed at 79.3 years on average in 2019. It also has the lowest poverty rate in the region (8.3% on a three-year average between 2018 and 2020).

The state’s low housing and childcare costs coupled with its short commute times and healthcare efficiency make for an ideal living environment. In a ranking by SmartAsset, Madison in Wisconsin was named the best city in the US in 2022 for its work-life balance.

In contrast, West Virginia had the lowest life expectancy (74.5 years) and highest poverty rate (14.6%) in the region. In addition, it has the lowest education attainment rate in the country. In 2020, 21.3% of the state’s population aged more than 25 years old held a bachelor's degree.

Illinois had the highest education attainment rate of the mid-west and central north-east states. In 2020, 35.5% of the state’s population aged over 25 years old had a bachelor's degree.

In 2021, Indiana had the lowest unemployment rate of all states analysed at 3.6%, down 3.6 percentage points from the previous year.

Illinois is the least dependent on non-renewables in the region, although a sizeable 89.7% of its electricity mix still came from nuclear, coal and natural gas in 2021. The remaining share came from clean energy sources, with wind energy the most popular (9.9%). In September 2021, Illinois Governor JB Pritzker signed the Clean Energy Jobs Act, which aims to eliminate carbon emissions across the state by 2050.

Missouri recorded the largest increase in carbon emissions between 1970 and 2019, growing by 30.4 million metric tonnes. Despite this, the state is looking to increase renewable energy production through collaboration with local utility companies. St Louis-based power company Ameren plans to invest $8bn in wind and solar generation facilities by 2040 and to achieve net-zero carbon emissions by 2050. In addition, 50% of the energy delivered by Kansas City-based Evergy is carbon-free and derived from renewable and nuclear generation.

According to a report by Environmental Entrepreneurs and the Clean Energy Trust, Missouri boasts one of the US’s fastest-growing renewable energy sectors and employed more than 51,500 people by the end of 2020.

Pennsylvania was responsible for the largest amount of CO2 emissions in the region 2019, generating 218.7 million metric tonnes. However, it is also the state that recorded the biggest decline in emissions between 1970 and 2019, dropping by 28.7%.

See also: our investor guides for the north-east, south-east and south-west states.