A stable climate is just one of the conditions for a thriving planet and society. Human civilisation also depends on a healthy biosphere – the thin layer of interconnected ecosystems that sustain life on Earth. We depend on biodiversity to pollinate crops for the food we eat, to clean water and air, for many of the products we consume and our physical, mental and spiritual well-being.

As a result of ignoring the importance of the natural world, we are now facing a biodiversity crisis: current extinction rates are 100–1,000 times higher than the baseline rate, and they are increasing. The biodiversity crisis is not only a threat to species and habitats, but to human civilisation. Reflecting this, the World Economic Forum’s WEF Global Risks Report 2022 lists biodiversity loss in the top three most severe risks on a global scale over the next ten years, along with climate action failure and extreme weather. Biodiversity loss threatens human survival; biodiversity is the ‘value chain’ on which we all depend.

One salient example of nature-related risk is food security. Our global food system is the primary driver of biodiversity loss. At the same time, agricultural yields are threatened by loss of biodiversity in pollinators and the micro-organisms in the soil that underpin critical processes. Agriculture can also be threatened by loss of predator species due to habitat destruction, which results in overpopulation of crop-destructive pests.

However, biodiversity risk can come from unexpected corners and create unanticipated effects on disparate businesses. For example, producers of non-essentials may also be exposed to a decline in pollinator populations. If lower agricultural yields increase food prices, there is less household spending on purchasing non-essentials. In this way biodiversity loss can put the equity and debt market values of corporations active in value chains of non-essentials at risk. Corporate lenders may be exposed to risk from biodiversity loss caused by deforestation and land conversion for agriculture, which reduces flood control, putting assets at greater flood risk. This capital destruction could increase credit risk to financial institutions.

ESG
Why is it so difficult to measure the progress of the SDGs?

Value chains in the biosphere

Historically, global value chains have had a largely negative impact on biodiversity, with traded commodities relying on extractive activities, land use change, and unsustainable fisheries or land management practices.

While value chains impact biodiversity, they are also at risk. The cross-border and hyperconnected nature of global value chains can act as a multiplier of biodiversity risk – translating disturbances and shocks from one company or region into disruptions in other parts of the value chain, often in other regions.

The link between biodiversity and economic output is most obvious in the construction, agriculture, and food and beverages sectors, where a combined $7.9bn of gross value added (GVA) is directly dependent on nature. In other industries such as chemicals and materials, aviation, travel and tourism, mining and metals, and real estate, the GVA directly dependent on nature represents only 15%, yet more than 50% of the GVA of their supply chains is highly or moderately dependent on nature. This hidden dependency means that value chains are a primary determining factor in many industries’ exposure to biodiversity risk.

Reflecting the urgency of the biodiversity crisis, there is a movement towards integrating biodiversity risk into mainstream economic thinking and financial and corporate planning, similar to the trajectory of climate change risk. Stakeholder interest is growing, with government initiatives now bolstered by financial market pledges such as the Finance for Biodiversity Pledge. Shareholders will soon be scrutinising biodiversity in investee companies and regulators will be looking carefully at the environmental impacts of companies and expecting due diligence on subsidiaries and within value chains. Business leaders and boards will face a raft of new responsibilities.

For industry generally we will see new physical, regulatory, market and reputational risks – all of which are compounded by the hyper-connectivity of global value chains. The consequences of not managing these risks will play out in terms of inability to attract finance, do deals, and ultimately in damage to market value. For insurers, write-downs and write-offs will lead to business line impacts, increased insurance claims and higher premiums.

When will biodiversity risk become material for corporates?

There is increasing attention to nature-based solutions to climate change, and nations are actively seeking to preserve and create natural carbon sinks, such as forests, mangroves, wetlands and peatlands. Biodiversity was a strong focus at the COP26 climate conference in 2021, where 141 states agreed to the Glasgow Leaders’ Declaration on Forests and Land Use, supporting the preservation of biodiverse forests as imperative in the fight against climate change. Many countries are also putting in place 30×30 targets for biodiversity – to preserve and protect 30% of land and sea by 2030 – and it is envisaged this will be agreed as an international goal at this year’s 15th Conference of the Parties to the Convention on Biological Diversity (COP15) in Kunming, China. States are now thinking beyond a single habitat or species, in terms of broad, time-limited biodiversity goals, which will have far-reaching impacts for regulation, policymaking, and attendant liability risks to corporates.

At the same time, biodiversity risk is being actively mainstreamed into financial markets and corporate decision-making. The Taskforce on Nature-related Financial Disclosures (TNFD) is following the playbook set by the Taskforce on Climate-related Financial Disclosures (TCFD) just a few years ago. The final release of the TNFD framework is scheduled for 2023 and like TCFD this will embed biodiversity risk reporting into mainstream corporate reporting standards.

Biodiversity is also front and centre in new due diligence regulations. These laws, pioneered in European jurisdictions including France and Germany, draw inspiration from the UN Guiding Principles on Business and Human Rights and the OECD Guidelines for Multinational Enterprises and OECD Due Diligence Guidance for Responsible Supply Chains. The next generation of mandatory Human Rights and Environmental Due Diligence (mHREDD) go beyond mere reporting obligations and create new standards of care for companies to act to prevent and mitigate human rights and environmental harms in their value chains through vigilance or prevention action, and institute corrective actions where abuses are identified, including by severing business relationships.

The most significant and potentially far-reaching development in this area is the advent of mHREDD at the EU level. On 23 February 2022, the EU Commission published its proposed Directive on Corporate Sustainability Due Diligence. The directive will apply to companies with substantial turnover in the EU: €150m, or €40m for high-impact sectors like textiles, food production and extractive industries. It will have an extraterritorial effect, as companies will have the obligation to exercise due diligence over business partners with whom they have an “established business relationship” in both their direct and indirect value chain. Importantly, the new EU Directive envisages investigatory powers at a national level with the possibility of fines, and requires that implementing member states establish a liability regime for corporate breaches of the due diligence obligations, including for biodiversity harms. If the directive is adopted this year, EU member states will have two years in which to transpose it into national law. A comprehensive and far-reaching regime of mandatory human rights and environmental due diligence could be in place as soon as 2024.

The rise of biodiversity liability risk

Inadequate planning or management around the physical risks of biodiversity loss can impact companies directly reliant on ecosystem services, such as food and agriculture, but it can also harm companies in diverse lines of business, as biodiversity risks are embedded in every value chain, including real estate, aviation and electronics. We need only look at the impact of a zoonotic disease like Covid-19 – a result of diseased wild animal populations coming into closer contact with humans – to appreciate the enormous financial and human risks posed by our interference with biodiversity.

Companies that fail to anticipate the scale of the transition to a sustainable or circular economy will also find themselves exposed. Businesses will need to stay nimble and anticipate incoming investor and regulatory pressures, as well as rapidly changing procurement priorities for value chain partners.

Companies in mHREDD jurisdictions will need to understand whether value chain partners’ activities are having an adverse impact on biodiversity, or cause other environmental harms and human rights abuses. Liability risks may arise from due diligence failures. For example, in March 2021 an international coalition of NGOs sued the French supermarket chain Casino for its alleged failure to prevent cattle industry-caused deforestation of the Amazon and Cerrado in Brazil and Colombia, and attendant human rights abuses against indigenous peoples.

With growing understanding of biodiversity loss as a financial risk, companies will increasingly need to understand and report on how their operations impact and are impacted by biodiversity loss. Liability risks may arise from failure to adequately or accurately disclose those risks.

At the same time as due diligence laws create obligations for companies to scrutinise biodiversity loss and other impacts in the value chain, courts in some developed jurisdictions – for example, the UK, Netherlands and Canada – are becoming willing to look behind the fiction of “legal personhood” and lift the “corporate veil” to hold parent companies liable for the acts of their foreign subsidiaries.

As knowledge of biodiversity loss and risk grows, including through nature-related financial disclosures, the standards of care expected of directors and officers, including as to reporting, will rise. There is an increasing ability to account for, monitor and quantify biodiversity loss, including through remote sensing. Data-driven supply chain management permits greater transparency, also raising the standards of care that will be expected in this area.

The rights of nature movement is creating new legal persons with standing before the courts to sue for biodiversity harms in their own right. In some jurisdictions rivers and forests now have standing and constitutionally protected rights, and cases may be brought by indigenous peoples, children or other guardians in the name of nature itself.

Biodiversity-focused litigants are emerging and, with biodiversity loss increasingly recognised as the next most urgent planetary boundary, this could be the next frontier in strategic litigation.

What action is needed?

Corporates and their officers will need to take a proactive approach to managing the looming material risk of biodiversity loss, incoming regulation and liability risks. Compared with climate risk, the timeline here is accelerated. We expect wide-ranging value chain due diligence standards of care to be in place in many jurisdictions by 2024. A framework for nature-related disclosures will likely have crystallised in the latter part of 2023, with regulatory action to follow. Ambitious nature restoration and conservation targets will be in place later this year or next, with a ratcheting up of ambition on nature-based solutions to climate change through the climate COP process, including this year’s COP27 in Sharm El Sheikh, Egypt.

If they haven’t already done so, forward-looking corporates in every sector need to begin their biodiversity risk journey by:

These actions and more will help to mitigate biodiversity liability risks. 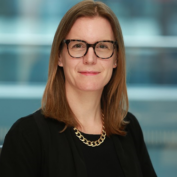 Wynne Lawrence is a senior associate in the London office of Clyde & Co, specialising in insurance and reinsurance disputes and insurance regulatory matters. She is a founding member of the firm’s Climate Risk and Resilience practice group and one of the co-authors of the firm's biodiversity liability and value chain risk report. 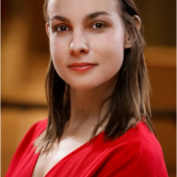 Zaneta Sedilekova is an associate in the London office of Clyde & Co, with a focus on climate and biodiversity risk as well as their impact on global supply chains and the wider financial sector.
SUBSCRIBED