In recent years, crypto assets have entered the mainstream, greatly assisted by the slick apps and interfaces of crypto exchanges, which look on their surface a lot like those of banks. However, the similarities may be little more than skin deep.

With a crypto exchange, the position is far less clear. How an exchange holds your crypto, and whether it even is your crypto, will be determined by the terms and conditions governing your account, and what is going on at the exchange in its internal ledgers and on the blockchain. Among exchanges, the legal relationship put in place and the technical infrastructure adopted to store your crypto and make it spendable varies widely. In the same way that it matters when a bank goes insolvent, if something goes wrong, then whether ‘your’ crypto is yours (and not the exchange’s creditors) will depend on the nature of the relationship between you and the exchange.

The problem with custodians

A common theme across many exchanges is that the exchange will act as ‘custodian’ of a customer’s digital assets. This is a woolly word without a precise legal definition (at least in England), and what it means in the context of purely intangible assets is entirely unclear. It suggests that exchanges are merely a software interface to allow owners to interact with their own coins. In the same vein, exchanges that say they act as ‘custodian’ often say that the customer retains legal and beneficial title in the assets – but whether that is true or even possible is likely informed by how the exchange handles its customers’ digital assets. 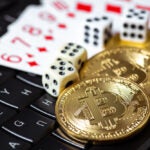 Crypto
Opinion: Cryptocurrency is a fool’s errand worth taking 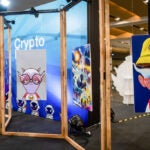 Not all exchanges’ terms and conditions say that they act as custodian. Some do not touch on this issue at all. Others take a different approach, giving a customer a beneficial right to a coin, suggesting that the exchange retains legal title, creating a trust over the assets in the customer’s favour. There is also no reason in principle why an exchange could not adopt the approach taken by banks, such that the customer has no property interest at all and only a contractual right to the value of the asset. Finally, the only case in the common law world to have considered an exchange’s terms and conditions in any detail (those of the long-gone Cryptopia exchange) found that the exchange was acting as custodian and trustee. If custodian can mean both taking legal ownership of a digital asset, and not taking ownership, does it mean anything at all?

Two sides of the same coin

Unlike with a bank, we can peer behind the scenes at exchanges because transactions exist on a public blockchain. It is difficult to be categorical about how all exchanges work, but how they treat their customers’ tokens is often at odds with customers retaining any sort of ownership. The principal issue is that exchanges will often ‘sweep’ tokens sent to customers’ segregated addresses into pooled addresses held offline for security reasons. However, when a customer transfers an asset elsewhere, what is sent on the customer’s half might well come from a completely different address. If a customer receives back a different asset to that which it deposited, does it make sense to talk of customers retaining legal title? If a coin remains at all times ‘yours’, both legally and beneficially, it must presumably remain at all times identifiable. While the exchange will maintain an internal ledger recording customers’ interests, in the Cryptopia case, that was indicative of a trust.

Why should it matter if an exchange gives back a different asset with the same properties and same value? Exchange hacks are not uncommon. Customers who have agreed terms saying their coins are theirs might argue that the coins taken weren’t theirs if they were taken from an address not connected to their deposit address, and argue instead that their coins are still ‘custodied’ at the exchange. Another issue arises in the context of fraud and asset-tracing. Although public ledgers do allow customers to trace or follow their stolen property along the blockchain, a victim might think he could follow a specific coin into an exchange, track its onward movement into cold storage and freeze it. However, he might also find out that the exchange had dissipated other coins on that customer’s behalf from wholly unconnected addresses.

Practices vary widely among crypto exchanges, so it is difficult to draw broad conclusions. One thing we can be sure about is that where value meets uncertainty – and this is an area where there is much of both – disputes will happen. Although that will no doubt be painful for the parties involved, it may be the only way to bring some clarity to this area. 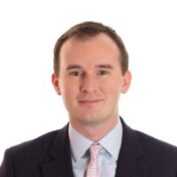 Sam Roberts is a partner and solicitor advocate at Cooke, Young and Keidan.
SUBSCRIBED