In recent years, it is fair to say that cryptocurrencies and digital assets have begun to enter the mainstream. With 10% of Europeans and 16% of Americans investing in these assets, it is becoming increasingly clear that the general mistrust of centralised, state-influenced currencies and traditional financial institutions has increased their prominence in the investment strategy of many individuals.

Coinciding with the growing popularity of digital assets is ‘social trading’ and the rise of the retail investor. With many retail investors relying on trading platforms, these relative newcomers to the investment world have started to influence the markets for the first time. Indeed, the Gamestop movement that proliferated on Reddit back in 2020 is perhaps the best example of this. Generally, this is reflective of a general shift away from the traditional ideas of trading and investing. As the status quo shifts, this has prompted more traditional financial institutions to adapt, with some Wall Street players even attempting to muscle in on the burgeoning crypto market.

With this in mind, it is worth considering how mainstream interest in cryptocurrencies will impact the markets for digital assets in the months and years to come, and, moreover, whether governments and regulating bodies will be forced to fast-track the introduction of new regulations in order to protect retail investors and other investment newcomers.

Blurring the lines between digital and traditional assets

The crypto revolution has allowed virtually any asset to be represented on the blockchain. As such, the line between a digital and traditional asset has been well and truly blurred through a process known as ‘tokenisation’. 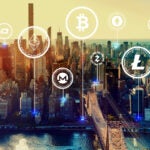 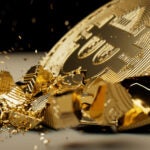 Crypto
Can Bitcoin miners recover from the 2022 crypto crash?
Data Insights
View All

In short, tokenisation creates a digital representation of an asset on the blockchain. Once recorded there, these assets cannot be altered and can only be managed or transferred by an individual in possession of a private key that proves ownership. Tokenisation gives smaller market participants, such as retail traders, the ability to access capital outside of the traditional sense of the word, potentially democratising access to higher-value assets that would usually be the reserve of institutional investors.

Traditional institutions are responding to the crypto boom

As fast-growing fintech facilitators continue to disrupt long-standing financial institutions, Wall Street players are now beginning to step up their incursion into the crypto market.

For example, Jump Trading and GTS, two of the largest firms in the US equity arena, have signalled that they will begin to form a bridge between crypto and traditional asset markets, capitalising on the growing mainstream popularity of the digital asset economy.

Beyond Wall Street, central banks such as the Bank of England and the Federal Reserve have central bank digital currencies under serious discussion. This is an interesting development, because it challenges traditional notions of fiat currency, allowing businesses, investors and individuals to make payments and store assets using an electronic form of central bank capital, placing cryptocurrencies alongside cash and bank deposits. That said, it might deter some investors who have turned to crypto chiefly because they wanted to pivot away from centralised institutions such as central banks. Although, to bring crypto further into the mainstream, it is a necessary next step.

Democratising the world of trading

For some commentators, these developments are making the financial landscape much more transparent, opening up the world of trading to a much wider pool of people. Indeed, this idea revolves around the rise of the retail trader.

Traditionally, the world of trading has conventionally been accessible only to those with the expertise and nous to understand overarching macroeconomic trends, sociopolitical events and company announcements that tend to influence the value of a stock or share.

However, social media has broken down the barriers that traditionally exist between institutional and retail investors. Ultimately, the sharing of knowledge that exists within online communities such as the Reddit stocks thread, which has more than 370,000 followers, allows fledgling traders to replicate the market moves of more experienced investors. Indeed, as experienced investors often use their own money on these platforms, thus putting their own capital at risk, newcomers can monitor what actual, unbiased investments traders are making. In this sense, this reflects growing trends towards increasing transparency in the world of trading. That said, newer traders will have more to lose than more experienced investors, so this tactic could be detrimental in some cases.

That said, the crypto arena is still largely unregulated. This means that many investors could fall foul of market manipulation and significant price fluctuation.

The speculative nature of the crypto markets and the prevalence of ‘pump and dump’ scams leave less experienced investors vulnerable to making significant losses. In short, groups of investors can create an illusion in the market by buying up a particular asset, creating artificially high prices, before withdrawing their assets and benefitting from the fallout. Often, the leaders of such schemes profit at the expense of less experienced investors. As such, investors could consider investing in crypto contracts for difference to reduce this risk. Also, choosing a reliable trading platform such as HYCM is now more important than ever when considering investments in crypto.

At the end of the day, this kind of risk is indicative of the dangerously fluid nature of the price of digital assets. In 2017, it was very common for the price of Bitcoin – considered to be one of the more stable cryptocurrencies – to fluctuate in price by as much as 50% in a single day. As a result, those without ample experience might fall victim to huge losses when market value falls through the floor.

The prospect of regulation

These issues could be alleviated by tougher regulations in the crypto market despite criticism from some members of the crypto community. In their view, the rapid rise of crypto would be curtailed by fresh regulations and would go against the values that precipitated the invention of such digital assets.

That said, the recent collapse of Terra and other notable market crashes have led many to call for regulation to make the crypto markets a safer space for the average investor.

Rather than deterring new investors, crypto could become a major player in the financial mainstream if fresh regulations, applied properly, can further protect investors. Indeed, the volatile nature of the crypto market is likely to put off many long-term investors in favour of more traditional assets. Therefore, any action that is taken to limit the extent of volatility and price fluctuations is likely to make the markets more consistent and, thus, more predictable. Consequently, the crypto market will be seen as more ‘legitimate’, attracting a wider range of investors.

Similarly, organisations in the private sector will be encouraged to enter the crypto arena, nurturing more innovation in the markets. For example, Air Asia has plans to convert its frequent flyer points into a digital currency to allow customers to reserve specific seats or buy in-flight snacks with their air miles. As regulations increase legitimacy, this could increase the viability of more private companies launching similar initiatives, widening the market even further.

To conclude, it is obvious that the new prominence of cryptocurrencies and other digital assets has altered the financial landscape to a significant extent. However, with more regulations and increased investor safety, the crypto markets could gain yet more prominence in an already changing financial world.