Official data speaks loud and clear. Despite the fact that women’s economic participation has increased throughout the past few decades, a narrowing female talent pipeline when it comes to senior management persists across all industries.

In 2019, the female labour force participation rate was 27% below the male rate, according to the International Labour Organisation (ILO). Globally, considering population-weighted averages, data from the Global Gender Gap Report 2021 from the World Economic Forum (WEF) shows that almost 80% of men aged between 15 and 64 are in the labour force, versus only 52.6% of women of the same age group, explaining in part why the gender gap in labour force participation remains above 35%.

When it comes to leadership roles, the situation is far worse, demonstrating that the glass ceiling is still well and truly intact. According to the WEF report, only 27% of professionals in managerial positions in 2021 are women, with some progress being made compared with the previous year, but still a significant under-representation. In addition, despite this progress, only about 8% of all Fortune 500 companies are led by women, and only three women on the list of Fortune 500 CEOs are women of colour.

On top of this telling data, the picture has been further complicated by the consequences of the Covid-19 pandemic. Employment losses in 2020 were higher for women than for men, according to the ILO, and the burden of care on women has skyrocketed, adding new obstacles to the already narrow progression paths for women in the workforce. Having invested in women as they enter in junior positions, employers appear to frequently waste this investment by failing to retain this talent further up the ladder. As stated by the WEF, this means that “something is not working in the process of women’s retention in the pipeline of talent and in their promotion to leadership roles”. 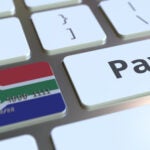 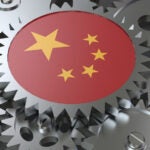 All of this makes it even more urgent for both the private and public sectors to focus on protecting the pipeline from further shocks, and on strengthening it by fixing its leaks. This said, where should these efforts be concentrated?

How to fix the leaking talent pipeline

Private sector companies have invested resources and time in increasing gender equality in the workforce, but many of these efforts don’t seem to be addressing the flaws in the system. There are some issues we are still plainly overlooking. While national cultures and policies shape women’s participation in national workforces, sectoral cultures and practices also play a significant role. Today’s leaders have inherited company and industry cultures in which women participate to varying degrees, and women’s workforce participation at junior, middle and senior levels remains to date dramatically different, with a clear lack of women at leadership level.

Difficulties in overcoming the challenge of the leaking pipeline come from the fact that in many countries few gender-sensitive policies are in place or, when they are, they are insufficient or ineffective when it comes to helping women continue their professional development. It seems clear, then, where we should concentrate our efforts to fix these leaks: on the improvement and promotion of gender-sensitive public and private policies, while also leveraging the Covid-19 recovery plans on a national and international scale.

Several of these measures and policies were identified during the second G20 Empower plenary meeting, held on 4 May 2021, as effective and highly necessary to address the problem of the leaking pipeline. Cultural barriers and stereotypes concerning the role of women in society and business are clearly responsible for many of the leaks we experience today, and a change in the global mindset and in the way in which women’s roles are conceived within the different societies is necessary.

It is widely accepted that a deep change in corporate culture and habits is necessary to address unconscious gender bias and fix the leaks in the female talent pipeline. However, more concrete and actionable measures should be at the root of this cultural change, such as increasing investment in gender-sensitive measures on parental leave and on early childhood education and care that supports a better work-life balance for both parents; increasing access to flexible workplace practices and teleworking; and investing in retention policies, training, upskilling and reskilling policies, succession and promotion plans, equal pay transparency regulations, as well as on de-bias training. These are the measures at the core of the change we advocate for.

To this set of measures, companies and countries should add the indispensable debate on the necessity of gender quotas or targets, again from both a public and private perspective. Research has shown frequently that the more female managers a company has, the more profitable it is. Economy and society have every interest in tapping all the talent in their midst. Quotas or targets in the business world can put an end to the ‘old boys’ networks’ and ensure that qualified women are no longer denied access to management positions because of their gender. As stated by the OECD, quotas are by definition temporary measures, aimed at eradicating an inequality that has built up over time. Once that is done, the quotas will be lifted in accordance with the principle of equal treatment as it is interpreted by international courts of human rights.

Despite the fact that some progress has been made leveraging targets or quotas throughout the past decade, many obstacles still exist, and the need to emphasise this measure is still relevant today. As emerged from the last G20 Empower survey, quotas and/or targets are identified by the majority of representatives as being among the most effective measures to address the leaking female talent pipeline, but at the same time this is one of the least-adopted measures taken across G20 countries.

Making a difference and accelerating change: the role of G20 Empower

Overall, a deep synergy and collaboration between the public and the private sectors is the only option if visible and tangible results are to be achieved. This is precisely the vision and purpose of the G20 Empower Alliance, which relies on collaboration between G20 countries’ public and private sector representatives, who constantly work together to address the main shortcomings of our system built on gender biases and inequality.

As the G20 Empower representative for the Netherlands, I call on all leaders, from the private and public sector, to work hand in hand to protect the female leaders’ pipeline from the shock of Covid-19 and further strengthen it within companies, sectors and countries as a crucial means to achieving gender parity at leadership levels. The road ahead is clear: from pay-gap transparency regulations to laws for quotas or targets, from company-level succession and promotion plans to upskilling and reskilling programmes, from de-bias training to equal parental policies and a drastic increase in flexible and hybrid work. Now let’s work together, within each of our companies and countries, to leverage the opportunities emerging from this global crisis and implement groundbreaking changes, enabling, once and for all, women to be the leaders of today and of tomorrow.