The UK’s cities have shown great adaptability in repurposing themselves to meet the challenges of the Covid-19 pandemic. (Photo by Rob Pinney/Getty Images)

Ted Lowe, an English snooker commentator, once famously said: “For those of you who are watching in black and white, the pink is next to the green.”

Life, like sport, is rarely best seen in black and white.

As someone who spent the first months of 2021 touring (virtually of course) the UK, speaking to the business populations of different cities, I was struck by how many times I was asked something along the lines of: “Does this mark the death of the city?”

Since the beginning of the Covid-19 pandemic, depending on at what point you tuned into the debate, the discourse surrounding the future of the city was particularly diverse – the end of tall buildings, the 15-minute city, the beginning (or end) of the levelling up agenda, the end of public transport, the end of retail, zero-carbon cities – and that is before we even get into the hotly debated topic of the supposed death of the office.

The pandemic and the effect it has had on our cities has posed new questions as to how we work, shop, play and travel, but it has also created a platform for reimagining the economic and social opportunities for our cities and their long-term vitality.

The city (spoiler alert) is certainly not dead. The benefits of agglomeration, clustering and centralised infrastructure have not disappeared overnight. Nevertheless, we are clearly at a juncture, where the rupture of our everyday lives leads us to consider our cities’ long-term economic prosperity, infrastructure and sustainability – and of course, the suitability of our real estate.

The recovery of the UK’s economic powerhouses

It is worth remembering what powerhouses the UK’s cities are. The ever-excellent Centre for Cities points out that cities make up just 9% of the UK’s landmass. That urbanised 9% of land accounts for more than 60% of jobs and economic output. London alone makes up 24% of the UK’s economy, while the core cities and their city regions make up an additional 26%.

The city (spoiler alert) is certainly not dead. The benefits of agglomeration, clustering and centralised infrastructure have not disappeared overnight.

Their economic importance underlines the necessity for their recovery. Like every good (and not so good) Rocky film, the comeback can only begin once our protagonist has got off the canvas – and there is good news to be had. While there is downside risk as a result of variants, this year should be a year of recovery. The Bank of England is forecasting growth of 7.25% – and we believe there is an upside on that.

Over the past few weeks in particular, as restrictions have eased, we have seen an uptick in economic activity as people return to the office, to the shops and pubs and restaurants. Avison Young’s UK Cities Recovery Index helps us monitor this activity by combining and analysing data across sectors that reflect different aspects of city life: commercial activity, hotels and leisure, mobility, residential, retail and the return to office. This has allowed us to accurately build a holistic picture of our lockdown and, more importantly, post-lockdown economy, in almost real time.

The Recovery Index was built around the need for a frequent, detailed understanding of the drivers of real-estate decision-making, in an environment where the pandemic was spreading, stock markets were plummeting, development was stalling and investment was put on hold. Understanding the performance of the cities through the pandemic has proved invaluable – be that through a prism of local lockdowns, or understanding which cities were able to attract people back in summer 2020.

As of the end of May 2021, our cities were recovering very well, with the bank holiday seeing the vast majority soar above our pre-pandemic ‘normal’ of 100, albeit one powered by a pent-up demand for getting back to pubs and restaurants in particular, staycations and a flurry of consumer spending enabled by an accumulation of household savings.

There is still some way to go, however. Our monitoring of workplace activity alone puts the recovery of this element at still under 50; public transport usage and footfall remain well below pre-pandemic levels, while the hospitality sector has some significant ground to make up after 15 lost months – no matter the latent demand.

Talking about an evolution

It is important to recognise that while the UK economy – or at least some parts of it – may reach its pre-pandemic size by August, its shape has likely been fundamentally altered and will contribute to the evolution of the make-up of our cities. This will form challenges, but most importantly also provide significant opportunity to, to borrow an over-used expression, build back better.

London alone makes up 24% of the UK’s economy, while the core cities and their city regions make up an additional 26%.

One obvious example is within the retail sector, where the proliferation of e-commerce has been expedited as a result of the pandemic. The savings-driven bounce in spending that we have already seen since non-essential retailing has opened has been encouraging and highlights the importance of physical retail space in the long term. However, while the proportion of sales that took place online declined from a peak of more than 36% in February to 30% in April, that is still significantly above the pre-crisis level of about 20%.

Even before the pandemic, a great number of our cities had an oversupply of physical retail space and were economically overly reliant on the sector for employment. We will continue to see a fall in demand for retail space, but it will not dissipate. Extraneous space will be repurposed and repositioned into, in most cases, alternative uses that drive additional footfall and potential audience. We will see an evolution in the way we spend our time and money, whether that is through emerging forms of leisure or experiential retail, but there is also an opportunity to use redundant space to reintegrate communities around our local high streets through affordable housing, healthcare and education facilities.

The reimagining of our town centres and high streets, and even the assets that sit within them, such as shopping centres and department stores, will likely be one of the greatest challenges the UK has to face over the coming decade and potentially its greatest investment opportunity. This challenge is compounded by the changes we are seeing in the office sector. I am not here to beat the drum around the importance of the office. While I believe that in the long-term people will return to the office once it is safe to do so, for many this is likely to be a ‘hybrid’ way of working, which again opens conversations around how to manage and repurpose surplus space.

The pandemic has driven changes in many people’s habits, many of which have been forced, some of which will be retained in the long term. The hybridisation of work, where people work across a multiverse of different locations, has the potential to be a positive dynamic for secondary towns and cities, which are better able to see a cross section of their daytime population. As the magnetic force of major cities reduces ever so slightly, we see something of a democratisation of the wealth distribution across the UK, and more focus on the ecosystems of our cities and regions, rather than just ‘an office’.

From an investment perspective, cities need to have the ability to achieve scale and provide a diversity of offering. This is something that London has been able to achieve through its network of villages and the historic creation of Greater London. Outside of London, local enterprise partnerships, the city regions and the Northern Powerhouse offer up an alternative way forward. While not perfect, an approach whereby the UK’s most attractive cities and towns are focused on agglomeration and cohesion rather than a competitive tension will be beneficial and creates the potential for greater innovation and collaboration – particularly in areas that have specialised expertise.

Lastly, but by no means least, the pandemic has sharpened our focus on our health and well-being, and, dare I say it, underlined the fragility of our existence, encouraging us to rethink the environments in which we spend our time, the health of our cities and the sustainability of the built environment. This is having an impact in a number of ways – whether that is the investment pouring into the life sciences sector, creating a boost for the economy, the push towards green forms of energy, or the greater focus on the sustainability of our cities and towns. Societal, economic and political pressures are all building towards the push towards zero carbon, with a number of local authorities being particularly aggressive on their ambitions and targets. This will affect our cities, the way we move around them and our lives as we know it. Not an insignificant legacy.

The past year has laid bare the strengths and flaws of the UK’s cities and their evolution has been sped up. It will be the cities that embrace this change, reinventing themselves to become fairer and healthier, that are shown to be the most resilient.

Topics in this article: Covid-19, Quality of life 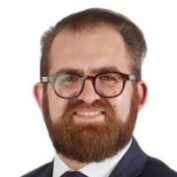