The UK’s free ports will bring benefits to the wider regions of places such as Felixstowe and should be given a fair hearing, according to the British Ports Association. (Photo by Dan Kitwood/Getty Images)

In 2019, the UK’s newly elected prime minister, Boris Johnson, announced the government’s intention to establish up to 10 free ports around the country. Since then, there has been much discourse regarding these free-trade zones, constituted of both fact and fiction.

Broadly, free ports worldwide are zones with a business-friendly regulatory network. The UK model could be applied to airports, seaports and rail hubs, and mechanisms included in the model come under the headings of tax reliefs, simplified customs processes, streamlined planning procedures and incentives for innovation.

As many are quick to point out, the UK has had free ports before. Established in the 1980s, they had much impact and success at the time, though the government stopped renewing their licences in 2012. However, the package accompanying UK free ports is much broader this time, as they had previously simply encompassed customs levers.

Though ports have long been recognised as places that drive investment and innovation, this new regime represents a fresh opportunity for growth for certain UK ports and the industries around them. Clustering, in which multiple industries are brought together in one locale, has wide-reaching benefits for businesses and their local communities. The clustering effect also enables UK ports to compete more efficiently with their European counterparts, allowing many key industries to reshore and localise their supply chain, with big gains to be had for the regional labour market.

The structure of UK free ports thus places them at the heart of regional economies, encouraging port-centric logistics and stimulating economic activity in their vicinity. There is evidence that this was a growing trend anyway, but the free-ports project will encourage this movement.

The industries that stand to benefit from being placed in the vicinity of a free-port zone are limitless, though there are real opportunities to supercharge industries of major significance to UK’s national interests, such as the development of green technologies and offshore renewables, advanced manufacturing, as well as research and development.

Ports, further to their role as critical national infrastructure, are hubs of localised economic activity, and by supporting this via free-port status, lucrative commercial opportunities can be spread around ports’ local communities, and the regenerative power of this has the potential to be very strong.

Where the challenges lie: Overcoming misconceptions

Free ports have not been without their detractors. Some claim that free ports will dismantle employment laws and environmental standards, and promote criminal activity. As an industry, we ask these people to truly engage with what has been proposed. It cannot be overstated that this so-called ‘race to the bottom’ is explicitly not going to happen.

Free ports are not about ripping up the rules. This is not what the industry wants, and the government has been clear about controls in place to ensure this doesn’t happen, showing at every stage that it is taking steps to avoid criminal and illicit activity. Criminal conduct would also come at great cost to the government and ports, so secure measures will of course be in place to prevent this.

Ports want no dismantling of employment or environmental rules. But it is worth noting that planning processes do need to be streamlined to allow project approvals to take place quicker, as the current rate stifles development and competition. However, ports are not calling for the removal of certain requirements for planning applications, such as environmental impact assessments. Simply put, the process should be sped up to allow ports and associated businesses to be able to better respond to market opportunities.

These misconceptions have in some cases contributed to damaging delays to the roll-out of free ports in the devolved administrations. The process has sped ahead in England, with eight winning bids already announced and their projected launch coming towards the end of 2021. Meanwhile, governments within the devolved administrations of Scotland, Wales and Northern Ireland have retained their hesitancy, despite being guaranteed at least one free port each.

The administrations do hold some concerns that we are sympathetic to, not least that the UK government is not willing to award devolved free ports equal seed funding to English ports. However, certain politicians have at times projected a false view about what actually constitutes a free port – conjuring up images of a ‘Wild West’ enclave, where a fair wage is not awarded to employees and they work under illegal conditions – which has not and never will be what is proposed here. What is needed now is a fair, competitive process within Scotland, Wales and Northern Ireland to minimise potential displacement as a result of this delay and to ensure a level playing field of competition across the UK.

The test of the UK’s free ports’ success

Eight English free ports are currently preparing to launch in the late stages of 2021 or early 2022, and we hope that the devolved administrations will not be far behind. If the initial roll-out proves successful, it is expected that the  government will look to undertake further bidding rounds to extend the benefits to more UK ports. A testament to their success so far is that many of the English free ports report being inundated by interested developers and businesses even before their launch. But for now, we ask that individuals give free ports a chance; judge them on their merits, not the echo chamber.

Topics in this article: Brexit, Law and regulation, SEZs 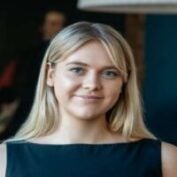