Will Indian Prime Minister Narendra Modi be able to offer UK counterpart Boris Johnson a hand when it comes to trade and investment? (Photo by Jeff J Mitchell/Pool/Getty Images)

The Covid-19 pandemic hasn’t been kind to brick-and-mortar businesses in the UK, or anywhere else. However, companies that managed to adapt in time and digitalise their operations witnessed a huge boost – and this is true across the board. From high street stores to online retailing, restaurants to takeaways, and boardrooms to Zoom meetings, the pandemic and various lockdowns have rapidly sped up the digital revolution.

Nowhere is this clearer than in the UK fintech sector, which has seen an incredible boost in both deals and investment. However, the UK is still second on the global list when it comes to fintech investment, with the US in the top spot. India has seen its own boom too, and although growth in fintech investment in the subcontinent has dropped slightly from double digits, it is still sitting at a world-beating 9.5%, according to the International Monetary Fund. As India is the UK’s second-biggest backer when it comes to foreign direct investment (FDI), does this represent good news for the UK?

Not only is India’s economy recovering rapidly, but this recovery seems to have led to a tripling of its FDI output. According to the Reserve Bank of India, Indian businesses were responsible for $12bn (Rs883.62bn) of outbound FDI in the first quarter of the 2021–22 financial year – a threefold increase over the previous year. Although 2020’s figures were slightly down from 2019’s due to economic uncertainty resulting from the Covid-19 pandemic, they are quite clearly on the up – and set to stay that way.

Comment
Why the new approach to supply chains should outlast Covid

Comment
Opinion: Sustainable investment isn’t perfect, but neither is the planet 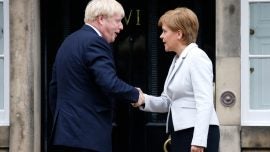 These FDI figures clearly show that the UK can benefit from India’s growth, and this symbiotic relationship can only become more fruitful as the UK and India edge towards a free-trade agreement (FTA). The UK’s free ports are another potential feather in the cap for the UK, and they may offer incentives for Indian businesses to set up shop in the country.

Although a full trade agreement will, and should, take months to negotiate to ensure it is fair, just and ethical, the UK and India have already reached multiple interim trade deals as negotiations continue. In May, the two countries announced new commercial trade and investment deals to create more than 6,500 jobs in the UK, worth in excess of £533m. This investment will be pumped in by Indian companies and will target growing sectors, including health and technology. Of this, £200m will be deployed to support low-carbon growth.

The deals have also included made ambitious plans for the future. The aim is for trade between the two countries to double by 2030, and by this time, a full trade agreement will be well established. The value of a fully fledged FTA is expected to be $50–100bn. Although this is just an estimation, it is certainly good news for the UK, and a vital part of adjusting to a post-Brexit world.

Any deal between the UK and India will be in some way based around the British tech sector, which is currently enjoying a period of significant growth. The UK has always had a healthy financial industry, centred around the City of London, and the Square Mile continues to dominate Europe’s fintech sector. According to the Pulse of Fintech report by KPMG, the UK’s secured investments were second only to the US during 2020.

I think it may be a stretch to claim that Indian investment will propel the UK to dominate the global fintech market any time soon. However, no one could dispute the inevitable growth of the Indian economy and the strength of its tech and start-up ecosystems, and if the current pattern continues, India will only increase its investment into the UK. This means more jobs, more infrastructure, more tax revenue, and ultimately a closer relationship between arguably the fastest-growing economy in the world, and one of the most stable, consistent and advanced developed countries.

Ohio is a premier automotive supply chain jurisdiction. Greater than 90% of the state’s exports go to the ICE supply chain. Ohio faces a significant risk to its economic future unless investments are made to shift away from the ICE supply chain. As such, Ohio has a unique opportunity to lead in building a supply chain that capitalizes on the fast growth in electric vehicles.
by JobsOhio
Thank you.Please check your email to download the Whitepaper.
Topics in this article: Brexit, Trade 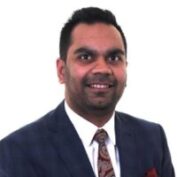