Throughout the past two years, the Covid-19 pandemic has dominated the news agenda. However, while incredibly disruptive, the pandemic has not been the only challenge to face UK businesses throughout this period. Indeed, organisations have also been left to grapple with the aftermath of Brexit.

The immediate impact of the UK’s divorce from the EU was significant: total exports from the UK plummeted by 19.3%  in January 2021, comprising mostly of a stunning 40.7% month-on-month decline in exports to the EU. This could largely be attributed to the eleventh-hour Brexit deal, leaving businesses the precious little time to make practical preparations for various changes to customs rules and administrative processes.

As a consequence, business confidence has faltered.

Accordingly, One World Express commissioned an independent series of research, taking in the experiences of more than 350 decision-makers in UK businesses, to explore in greater depth the relationship between Brexit and confidence.

Given the ubiquity the debate over UK-EU relations has held over the UK for the better part of a decade, it may surprise many that nearly three-quarters (73%) of business leaders observed no particular benefit from Brexit to date – while 25% reported a ‘significant’ effect.

Indeed, One World Express’s aforementioned research also highlighted that long-term impact Brexit has had in businesses’ confidence.  Nearly three in ten (29%) business leaders fear their business will not survive to the end of 2022, while more than one-third (37%) doubt their chances of continuing over the longer term to 2027.

Such figures are disturbing and highlight how delicate businesses’ confidence is. This is understandable. However, further evidence is beginning to suggest that the tide could be beginning to turn for UK businesses.

While the Brexit-imposed bureaucracy impacted UK-EU trade, it appears that trade with non-EU countries, where trading processes remained unchanged, held steady throughout 2021. For instance, in October 2021, exports to the EU decreased by 2.8%, while in the same period trade to non-EU markets rose 6.2%. Clearly, businesses are increasingly awake to the possibility of exploring lucrative markets from further afield as more free trade deals are struck around the world.

Indeed, One World Express’s research found that more than one-third (34%) of businesses observed an increase in demand for their goods from overseas in 2021, evidencing the position of strength British-made products enjoy in global markets. A healthy number (39%) of business leaders are satisfied with the current progress of trade deals outside of the EU, including those with Japan, Australia and New Zealand. Prospective accords with, for instance, the US being struck at increasing pace will naturally accelerate the opportunities these businesses have to explore moving their operations into attractive new markets.

Looking ahead, we shouldn’t anticipate that the UK will cut trading ties with the EU, even with ever-emerging Brexit complications. Indeed, it is too large a trading bloc to ignore. However, evidence suggests that UK businesses are unlikely to be solely dependent on their EU trading partners and instead will explore further opportunities outside of Europe. In doing so, I certainly expect business confidence to gradually rise over the coming months and years.

Topics in this article: Brexit, Trade 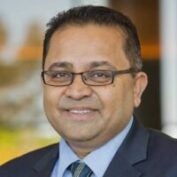 Atul Bhakta is the CEO of One World Express.
SUBSCRIBED