The development of Covid-19 vaccines has been impressive, but the supply chain problems encountered cannot be repeated. (Photo by Jaafar Ashtiyeh/AFP via Getty Images)

The Covid-19 pandemic will cast a long shadow over many industries and many aspects of regular life. The rapid development of the vaccines and the subsequent efforts to get people vaccinated is no different. Science delivered, but the efforts to get the vaccine to patients saw challenges with quantity and distribution. The life sciences sector will do well to incorporate learnings from the challenging vaccine roll-out.

The supply chain ends at the patient, not earlier

After developing and approving vaccines in record time, ‘the last mile’ became unexpectedly challenging. Delivering vaccines into the arms of the world’s entire population is no small feat, and the task is far from done, yet several areas were clearly underestimated.

The pharmaceutical supply chain is integrated and global, and borders are highly relevant. It matters where a product is released, packaged and shipped from – including additional factors unsurfaced during the vaccine roll-out.

Collaboration is needed and it increases complexity

The pandemic has generated many unexpected bedfellows, and at the same time highlighted that collaboration is possible in many ways if circumstances require it. For example, when Pfizer and BioNTech acted fast and strengthened their collaboration before contracts were negotiated, or Sanofi and Novartis offered manufacturing capacity to their competitors, or AstraZeneca established a collaboration with the University of Oxford in a space where they were newcomers. With ongoing debates on patent waivers, tech transfer and pricing, the collaboration in the vaccine arena will continue to evolve and will further opportunities throughout the industry.

Vaccines were developed with extraordinary speed, paralleled with development to meet manufacturing needs, which followed quick roll-outs after emergency use approval by regulators. This was necessary and justified, and it also highlighted some implications that would not have surfaced if the pace had been more traditional:

Where does this leave us? The pandemic has been an extraordinary test of the pharmaceutical industry, and it has largely passed. However, there are many other players, and a key takeaway shows that the industry can play a bigger role as a facilitator and orchestrator. It knows its drugs, it knows the healthcare systems and it operates globally, which many other participants do not do, or do so in a limited way. Understanding all the players and their interests and acting to align those will bring the biggest benefit.

Ohio is a premier automotive supply chain jurisdiction. Greater than 90% of the state’s exports go to the ICE supply chain. As such, Ohio has a unique opportunity to lead in building a supply chain that capitalizes on the fast growth in electric vehicles.
by JobsOhio
Thank you.Please check your email to download the Whitepaper.
Topics in this article: Covid-19, Supply chains 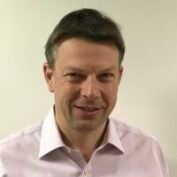