Women’s under-representation in leadership limits the presence of female voices in important decisions and contributes to the gender pay gap. (Photo by Monkey Business Images/Shutterstock)

Women around the world continue to be constrained when it comes to economic empowerment and advancement, due to a variety of social, legal and institutional barriers: the double burden of work and domestic responsibilities; gender stereotypes around women in the workplace; which sectors they choose; a lack of female role models; and a lack of opportunities to network.

Companies cannot simply launch programmes and expect results. Instead, they need a strong focus on implementation, just as they would for any other business priority.

One of the most effective ways of eliminating these constraints is by changing things at the leadership level. The G20 Empower Alliance, which brings together private sector leaders and their government counterparts to jointly advocate for and enact women’s advancement to leadership positions in the private sector, is working to implement this change by ensuring women have equal access to the necessary financing, capital, skills development and training, leadership and market opportunities.

Women’s under-representation in leadership limits the presence of female voices in important decisions, and deprives girls and young women of strong role models. While far from the only cause, this under-representation in leadership also contributes to related inequalities, such as the gender pay gap and gender differences in wealth and economic security. Tackling gender inequalities in leadership can help to tackle gender inequalities elsewhere, as there is ample evidence that diverse and inclusive companies are likely to make better and bolder decisions. Also, as explained by McKinsey during the first plenary of G20 Empower, a ‘best in region’ scenario, in which all countries match the rate of improvement of the fastest-improving country in their region with regards to gender parity, could add $12trn to the world’s gross domestic product in 2025.

This is why business leaders from the G20 and guest countries, working hand in hand with governments as part the G20 Empower Alliance, have decided, under the 2021 Italian presidency, to accelerate this front by taking an ambitious stand on the topic of measurement. G20 Empower will release its final recommendations to G20 heads of state in the coming months, but its community of business leaders across 28 countries is already taking action to make progress on measurement, without which gender inequalities in women’s economic representation and in leadership positions can’t be tracked or addressed. In the meantime, here are three important measurement actions that the private sector can encompass to accelerate female advancement around the world:

As a representative for the kingdom of the Netherlands, I encourage all companies, starting from today, to make measurement a true business priority. While many have made notable progress, we have yet to see material gains in momentum. Companies need to proactively own their diversity agenda and manage it like a true business priority. They need to relentlessly measure both hard and soft metrics and set clear and ambitious targets, design interventions to achieve those goals, and build on their successes to generate greater momentum.

Topics in this article: ESG, Quality of life, SDGs 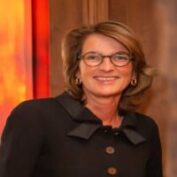