UK Chancellor of the Exchequer Rishi Sunak has commissioned a review of stock market rules and regulations, which could see London become a European hub for SPAC activity. (Photo by Tolga Akmen/AFP via Getty Images)

The continuing boom in special purpose acquisition companies (SPACs) use is the single largest shake-up of capital raising in public markets in recent history.

In the US, we have seen numbers rise from 34 SPAC initial public offerings (IPOs) in 2017 to 313 in 2021 so far, a monumental increase. While the US market has been much more pragmatic towards SPACs, it poses the question – what does this mean for businesses looking to raise capital in Europe?

The US is ahead, but here comes Europe

The statistics speak for themselves. The US has embraced the SPAC model and is reaping the rewards with hundreds of billions of dollars of capital being raised in 2020 and 2021 alone. Now, it is clear that European markets are starting to reconsider their position and we are seeing SPACs becoming more openly embraced across the continent.

From a regulatory standpoint, each European market is doing this by reviewing their regulations with the objective of becoming the go-to for SPACs in Europe. In the UK, Chancellor of the Exchequer Rishi Sunak has commissioned a review of  stock market rules and regulations to ensure London remains one of the most desirable markets in the world.

To compound this trend, there is, clearly, investor appetite in Europe as well. One of the early 2021 success stories was ESG Core Investments, a SPAC focused on environmental, social and corporate governance matters and listed in Amsterdam, raising €250m.

When it comes to SPACs, large, high-profile companies listing on the major exchanges and targeting transactions worth billions of dollars often monopolise the conversation. However, what needs to be considered is the opportunity that the SPAC model provides for smaller companies looking to raise capital.

A SPAC can be created and listed on any market, in according with regulation, and not just on the main markets in each country. It is the SPACs on these lower-level markets, such as the OTCQB in the US, that provide the most interesting opportunity for smaller businesses looking to raise capital.

A medium-sized company might need to raise capital, but an IPO is almost definitely going to be too expensive for them. With a pre-market audit, advisor costs, tight deadlines and stringent listing rules, an IPO is just not viable. That is at least until you are a more established business with deeper pockets to help support the process.

With a SPAC having already gone through its IPO, and the business looking to raise capital merging into them by way of an acquisition or reverse acquisition, smaller companies are able to eliminate a significant chunk of those listing costs, which suddenly makes raising funds on these public markets a much more appealing process.

Not only is it now attainable to the smaller companies, but it could prove to be one of the faster ways to raise funds for companies of that size. There have been cases where small companies have been six months away from running out of cash, with their former venture capital backers no longer willing to fund their cash burn, when they have approached a SPAC within their particular market focus and have completed their transaction, raising millions of dollars, within four months.

It is a given in the current worldwide markets that global business is the key to sustained growth and success. Accessing the right markets at the right time, with sufficient capital to support the growth, is the key to any multinational business success.

The balance of timing the growth against the business’s capital needs is something that small and medium-sized business owners have to pay close attention to and, historically, this has led to the need for close relationships with their venture capital or private equity-based backing. The use of SPACs on local markets could give these businesses a quicker and more efficient way to access the capital that might provide the springboard for their global growth.

Even further, if the opportunity presents itself on a market that is geographically beneficial for the wider business, the management team and advisors you gain access to as part of the transaction can provide experienced professionals with expertise to be leveraged in the ongoing expansion of the business.

So, with economies becoming unstable and inflation rising, European markets are at a crossroads. Do they let the US SPAC boom continue and risk forcing smaller European businesses to access capital from US markets? Or do they try to strike while the iron is hot and ensure that Europe is seen as an appealing place for SPACs to list and, with that, provide significant opportunity for smaller companies seeking global growth? Time will tell.

Topics in this article: M&A, SMEs 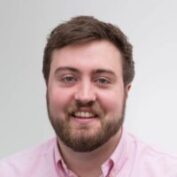