The UK’s Department for Business, Energy and Industrial Strategy is creating a new subsidy control regime. (Photo by Adrian Dennis/AFP via Getty Images)

In early February, the UK Department for Business, Energy and Industrial Strategy (BEIS) published an eight-week consultation on its proposed approach for establishing a new UK-wide subsidy control regime. This is now a pressing issue. The Brexit transition period is over and the EU’s state aid regime is now of only limited (geographical) application in the UK under the terms of the Northern Ireland Protocol. The Trade and Cooperation Agreement (TCA) agreed between the EU and UK at the end of 2020 contains specific rules on subsidy control, which the UK must put in place.

The commitments given in the TCA – on the UK’s future subsidy regime – apply exclusively where there are “material effects” on trade, or investment flowing between the EU and the UK. However, the consultation covered more than just the UK’s TCA obligations. It also asked for feedback on whether the government should bolster the TCA’s obligations to cover the UK internal market and thus ensure that companies are not being unfairly subsidised, and that the market is not unduly distorted. The new UK regime will need to reflect the specific UK legal and political environment and the different institutional set-up and strategic objectives.

Objectives of the new regime

The consultation paper considers that the new UK regime should be one that:

Adaptation of the regime to the UK environment

Devolution has enabled different authorities in the UK to spend significant sums and with limited restrictions. Without some safeguards, this could lead to internal subsidy wars between the different parts of the UK. In addition to a number of prohibitions – for example, on subsidies for uneconomic relocations – public authorities are to be required to conduct competition impact reviews for high-risk subsidies before they are awarded.

In order to ensure that interested parties are able to assess the legality of subsidies, public authorities will have to make a series of disclosures – and not just to the potential aid recipient – in relation to the subsidies or subsidy schemes awarded (that fall within the scope of the new regime). This includes:

The government is also proposing that authorities can design and award subsidies that serve public policy objectives, as long as they “minimise any harmful or distortive effects on competition within the UK internal market”. This standard has yet to be defined. As BEIS recognises the increased bureaucratic effort involved, it is considering reducing the administrative burden for ‘low risk’ or ‘low value’ subsidies. The consultation paper asked for views on whether the de minimis threshold should be lower than that specified in the TCA (for example, 325,000 Special Drawing Rights [SDRs] over a three-year fiscal period, which is approximately £340,000). The introduction of a de minimis threshold is likely to be particularly beneficial for small businesses.

The consultation paper also outlined potential rules for subsidies for services that would not otherwise be supplied without public intervention (SPEIs), such as certain public transport services or postal services. These SPEIs will be subject to a number of conditions to meet the UK’s TCA obligations. The new subsidy regime would not apply to SPEIs below 750,000 SDRs (approximately £790,000) over a three-year fiscal period and the onerous transparency requirements would not apply to SPEIs below 15 million SDRs (approximately £15.7m) per task. BEIS also consulted on whether these amounts should be lowered for domestic subsidies.

The TCA requires the UK to establish an independent authority to review how subsidies are applied – a role likely to be allocated to the Competition and Markets Authority. The UK must also give courts powers to review subsidies independently, to revoke the decisions of the granting authority, and potentially to order repayment of an illegal subsidy.

In contrast to the European Commission’s role to set policy objectives, clear notified state aid and enforce compliance, the consultation paper has proposed that the new UK authority will have limited monitoring powers. It will not be empowered to set pre-approved policy objectives or clear aid in advance. This is likely to be a major issue once the responses to the consultation process have been analysed.

Public authorities and businesses are likely to want clarity on:

The UK government is committed to a ‘build back better’ industrial policy and the consultation paper has sought responses to help determine the role of the country’s future subsidy regime in delivering this policy. The UK government is keen to create a new regime that will allow it greater flexibility to use subsidies to create a new post-Brexit dynamic industrial environment. However, the need for certainty, compliance with TCA obligations and the dangers of inappropriate awards means that the subsidy regime is likely to throw up many new challenges over the coming years.

Topics in this article: Brexit, Law and regulation 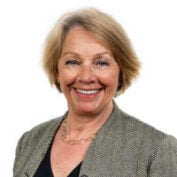 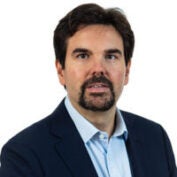