Since voters are keen to see their leaders pursue national development objectives and boost job opportunities, incumbents tend to make big infrastructure pledges in the run-up to elections, hoping to bolster their prospects at the polls. A case in point at present is Angolan President João Lourenço promising a number of large-scale projects, including multi-billion-dollar solar parks, to help diversify the country’s economy, as he prepares for a presidential ballot on 24 August.

However, in their haste to get deals over the line before voting commences, some leaders may expedite award processes. Investors might welcome speedier awards as these can be drawn out, lengthy affairs, yet prospective applicants need to be alert to raised compliance risks amid the possibility of procedural shortcuts and incentives to sign contracts. In short, at election time, due process in commercial transactions is less likely to be followed.

Instead of involvement in a competitive auction, investors can find themselves invited to opaque direct negotiations – the lack of visibility increasing the potential for bribery and other forms of corruption. There is also the possibility of a tender being issued without internal government agreement over contractor selection criteria, which can lead to future questions over the integrity of the deal.

Even in open tendering processes, successful bidders could be vulnerable to demands for forced equity participation, where they are invited to partner with a local company, possibly owned by politically connected individuals or even proxies of government officials. When so close to securing a contract, an investor might be inclined, or feel pressured, to concede to such a request if unaware of a potential partner’s ties to government and concerned that turning down the request would risk them losing the contract.

Then there are post-transaction risks linked to ballot outcomes. In the past, African elections were often predictable given incumbency advantages. However, in recent years a shift to more democratic governance across the continent has seen opposition figures triumph in presidential ballots with increasing frequency. Yet investors face vulnerabilities whether elections deliver continuity or peaceful transfers of power.

What if the opposition wins?

When incumbents retain power, investors can find that the pace at which decisions were made pre-election slows down markedly as cumbersome and stretched bureaucracies catch their breath and take stock following the demands and challenges of the election period. Leaders with renewed mandates might also want to reshuffle their administrations – which can take time, especially if complex political factors need to be weighed and accommodated – or become sidetracked by post-ballot opposition claims of electoral fraud. All of which can lead to stagnation, with costly delays to infrastructure projects.

Examples abound in recent years. In August 2021, newly elected President Hakainde Hichilema of Zambia cancelled all agreements and contracts relating to concessions and public-private partnerships signed by previous administrations. After coming to power in early 2015, Nigeria’s Mohammadu Buhari also vowed to review all oil and gas contracts awarded by the Goodluck Jonathan administration in the 18 months prior to the election. In Ghana, President Nana Akufo-Addo’s government reviewed all power purchase agreements signed between independent power producers and the previous administration when he came to power in 2017.

Ultimately, a change of government always poses heightened risks that recent project and concession agreements could be renegotiated, if not cancelled altogether.

There are similar risks when an incumbent makes way for an ally from the same party, especially in one-party states where there are often major factional differences within ruling parties. After replacing José Eduardo dos Santos as president of Angola in 2017, former defence minister Lourenço dos Santos’s hand-picked successor, turned against members of the ex-leader’s family, cancelling contracts awarded to companies linked to his wealthy daughter Isabel.

To the eyes of the uninformed investor, there was little to suggest such a backlash was on the cards. However, often the signs of impending investor risks are more clearly signposted, as in the case of Kenya’s upcoming elections on 9 August. Uhuru Kenyatta is stepping down as president, and his deputy, William Ruto, is favourite to triumph in the ballot. Kenyatta has championed infrastructure developments, but Ruto feels they have weighed Kenya down with debt and plans to divert funds earmarked for big projects into small businesses if he wins the election.

How to mitigate risks before elections in Africa

These risks are real, but they can be mitigated through the provision of in-depth due diligence. Robust intelligence, which combines thoroughly reviewed public information with local informed insights, helps an investor weigh up an opportunity for what it is, not just how it is presented. It might help the investor determine whether an infrastructure project that politicians say is needed is really needed and not a potential white elephant. Stakeholder mapping helps the investor understand the personalities behind the positions; for instance, whether a politician likely to be appointed post-election to a key ministerial position has a preference for a particular type of project and is likely to advance it. And truly understanding how an investor’s brand and offering is viewed by the market and its regulators is an invaluable tool in assessing and strengthening his or her position.

Of course, most investors would employ these measures as a matter of course when doing business in Africa, but they should prioritise them even more in the run-up to national ballots when risks are heightened. Investors should certainly not be put off deal-making at such times, as profitable opportunities can abound – they just need to exercise a higher degree of caution. 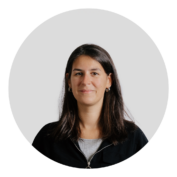 Laura Seara Cabeça is a senior associate in the sub-Saharan Africa team at the Risk Advisory Group.
SUBSCRIBED