US President Joe Biden’s infrastructure plan pledges to invest a total of $1.3bn over ten years in the sector “to equip the American middle class to compete and win in the global economy, to move the US to net-zero greenhouse gas emissions, and to ensure that cities, towns and rural areas all across our country share in that growth”.

The slant towards clean energy and sustainable infrastructure is clear, and so is the focus on creating new jobs, one of the main reasons why governments decide to invest in infrastructure in the first place.

The chart below shows just how committed the new administration is to moving away from Donald Trump’s climate change-sceptic agenda by allocating $400bn of the total package to clean energy only. 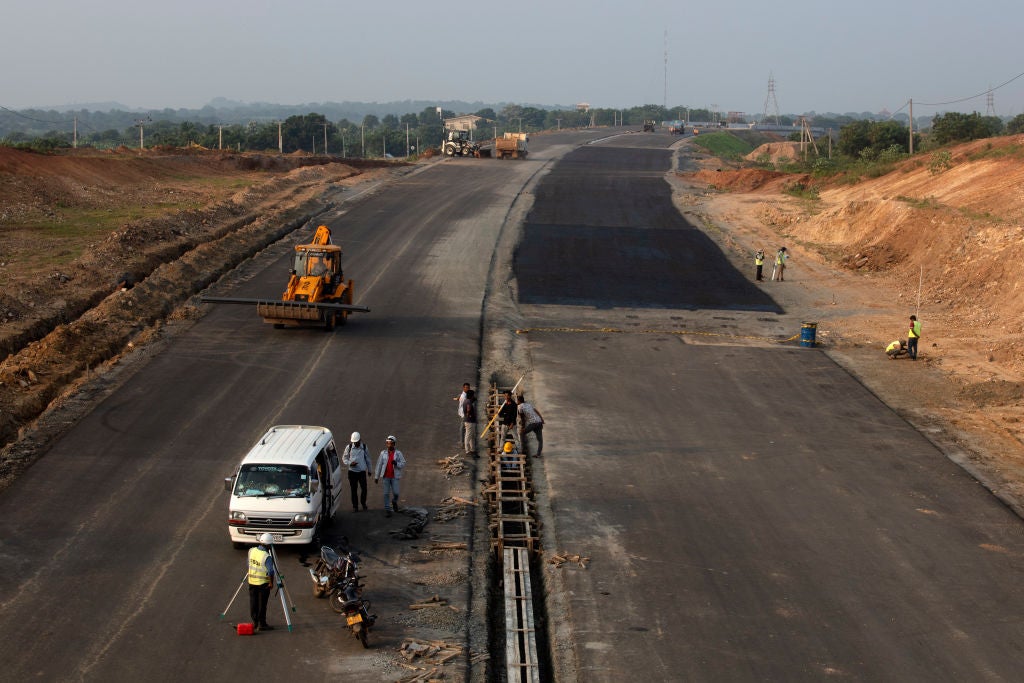 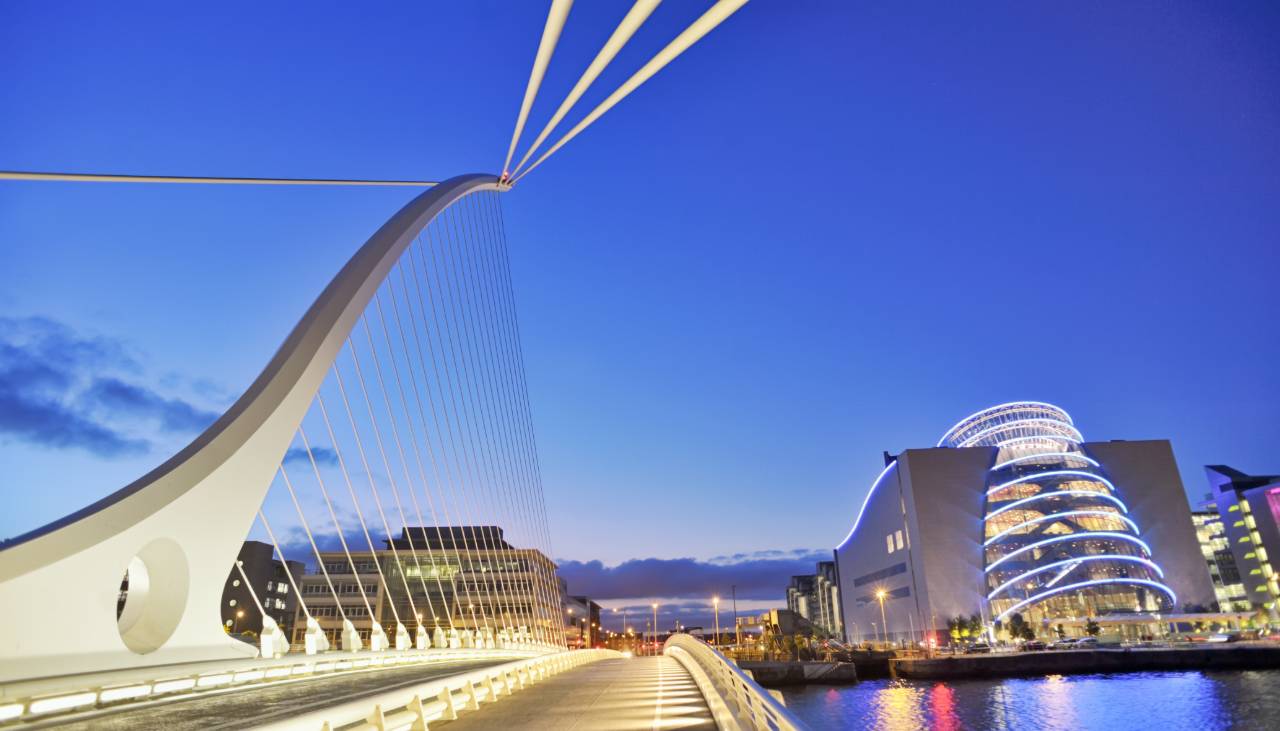 The state of play: FDI in Ireland 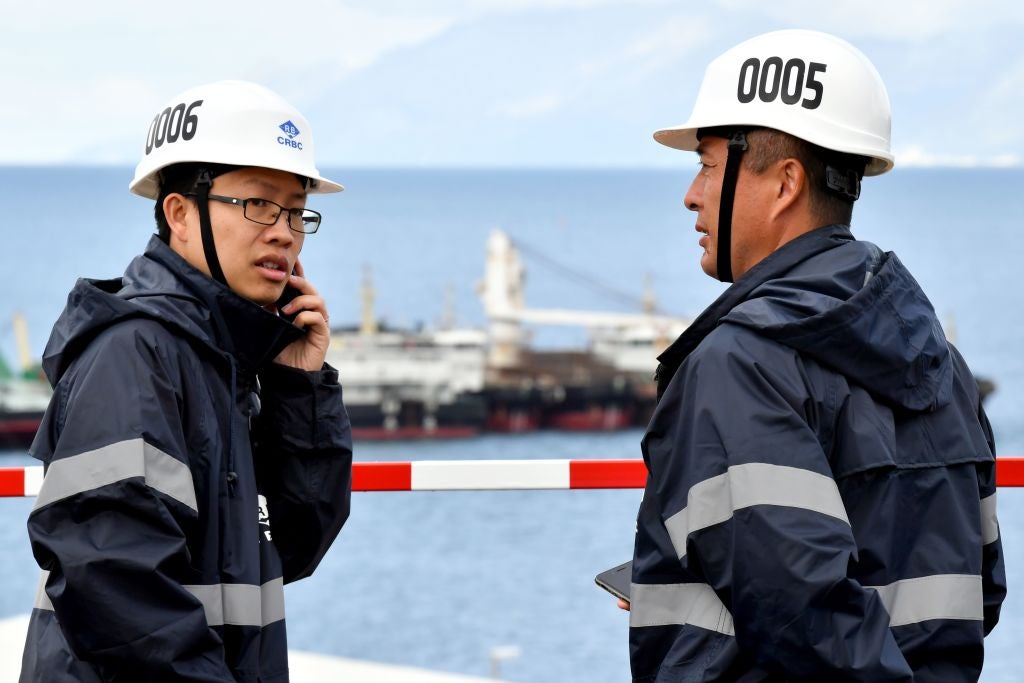 China’s investment strategy in emerging Europe is all wrong

Education, with a focus on public school modernisation, follows with an estimated $100bn investment. More traditional infrastructure sectors come next, with an allocation of $50bn for road repair, $40bn for transport and utilities, and $10bn in transit in poor areas. Even within those, however, the focus on green and sustainable projects is evident as, for instance, electric vehicles are intended to be used to make public transit sustainable.

The remainder is split between more recent infrastructure subsectors that have proven resilient and essential during the Covid-19 pandemic, including rural broadband and the revitalisation of cities.

While at this stage the plan’s finer details are still to be revealed, agreed and voted on by Congress, infrastructure investors have welcomed it as a very promising sign for many reasons.

It is going to be tough to borrow more money as it means that the federal government might have to print more… This is where the private sector has a renewed chance of stepping in. Kent Rowey, Allen & Overy

First of all, the spending is significant. The public sector alone has not been able to bridge the US’s estimated $2trn infrastructure gap over the past decade, and this shortfall is only likely to increase now that it faces the costs of a global pandemic.

This bodes well for private investors, who will very likely be invited to collaborate through public-private partnerships (PPPs). This invitation will come from what is seen as a stable government where the Democrats have control of both the House of Representatives and the Senate, which makes any project’s approval more likely and its realisation smoother.

Another point in favour of the realisation of the plan is that the US badly needs an overhaul of its infrastructure, and in times of crisis investing in the sector to create jobs and give an economic boost is a common bet.

“One of the macroeconomic hurdles that this plan faces, according to some economists, is the rising levels of inflation,” says Kent Rowey, a partner in law firm Allen & Overy’s (A&O) infrastructure practice.

“In general, it is going to be tough to borrow more money as it means that the federal government, which currently has a high deficit due to Trump’s tax bill and the costs of the pandemic, might have to print more. This is where the private sector has a renewed chance of stepping in and helping bridge the gap through PPP programmes,” he adds.

PPP programmes have been both the highest hope and the biggest bane of infrastructure investors’ lives over the past decade. While the federal government has a key role in setting rules and best practice for these projects, as well as in providing funding, most of the work needs to be done at state level.

Fragmented legislation and a lack of collaboration between public authorities and private contractors, and equity investors, have been the biggest hurdles in the roll-out of successful PPPs, and this has prevented them from meeting the needs of the country’s infrastructure sector.

There has also been much debate as to who should bear the risk. Sustainable PPP and development consultant David Baxter explains why clarity on this point is desirable: “Sometimes, especially at county level, there is still very little understanding of what PPPs are and who should bear project risk between the federal government and public administration and the private sector. A serious debate needs to take place between parties to set expectations and produce a concise and actionable project pipeline.”

There is widespread agreement, however, that the prospects are good under the Biden administration for these hurdles to be overcome.

“There will be another attempt to figure out a way to utilise private capital for infrastructure funding and financing,” says Rowey. “The Transportation Infrastructure Finance and Innovation Act funding programme is likely to be expanded and mechanisms to make private activity bonds more flexible are likely to be implemented. These are all tools through which the federal government can spur private investment.”

A rethink on PPPs

A review of PPP delivery methods, the creation of independent industry bodies and the implementation of more specific laws at state level are among the measures that infrastructure investors and advisers are hoping for.

“State infrastructure banks, for instance, are a good solution,” says Rowey. “States would become investors in projects and then it is only a matter of finding a way to de-link the project from the bureaucracy of transportation departments.”

Tim Treharne, principal in advisory services at professional services firm Arup, says that in New York new legislation at state level is needed to make PPPs work more broadly. “Most of the states already have PPP legislation in place and this is a great opportunity to leverage the public funds that the Biden administration seems likely to make available and get sustainable and equitable projects completed faster,” he adds.

Many argue that the tools to improve public and private sector collaboration are already there as organisations such as the Build America Bureau (BAB) have been acting as independent bodies that help the federal government set standards for the roll-out of PPPs across the country.

“A key aspect to making PPPs successful is collaboration between the public and private sector,” says Manuel Zafra, Spanish transport investor Globalvia’s US business development director. “The BAB has been doing a good job so far at leveraging its resources to team up with the private sector and local sponsors to build a strong pipeline of investable projects.”

Sometimes, especially at county level, there is still very little understanding of what PPPs are and who should bear project risk. David Baxter, sustainable PPP consultant

Biden’s team and agenda have reassured the industry that it can count on a capable federal administration and strong public authorities with long-standing experience.

“I think Biden is in a particularly good position as he understands Congress and has a strong relationship with the Senate,” says Jane Gravey, chairman at French greenfield infrastructure investor Meridiam North America. “Bills are always a compromise, but I am very encouraged by the relationships he has and can move on from.”

From a foreign investment standpoint, the US infrastructure scene has so far been dominated by Canada.

The chart below shows that in the two decades from 2000 to 2020, Canadian companies have invested in 246 infrastructure projects in the US, followed by the UK with 130, France with 79 and Germany with 72.

A similar breakdown is reflected in the capital these companies have invested in the US infrastructure sector.

A more granular analysis at the company level, however, shows Italy’s Enel and Spain’s Iberdrola slightly ahead of Canada’s Enbridge for a number of deals from 2000 to 2020.

As the Biden infrastructure plan mirrors the energy and infrastructure industry’s move towards green policies and sustainable investment themes, both existing and potential new investors are set to benefit from this approach.

“Any investor looking for exposure to core infrastructure is likely to be a beneficiary of this plan,” says A&O’s Rowey. “Sectors such as power generation, water and waste water systems, and social infrastructure are quite vibrant at the moment and will offer more opportunities in the wake of the plan.”

As different sectors have been affected in different ways by the pandemic, they are likely to offer different opportunities, according to law firm White & Case’s energy and infrastructure partner Dolly Mirchandani.

“These offer a great opportunity for those investors who have successfully implemented similar solutions elsewhere to export their model in the US, where this is a relatively new space. Plus, as these projects are usually aimed at reducing gas emissions, they tap into the sustainable investment theme that is dominant in the industry.”

Whether compromises will have to be made to get the plan through Congress remains to be seen, although the feeling within the industry is that any changes would be minor ones.

Beyond that, the plan’s strong focus on clean energy and sustainability is set to make projects appealing to much-needed private investors to help bridge the US’s $2trn infrastructure gap.

This article is one of a series covering the inauguration of Joe Biden across the Monitor Network, including City Monitor, Energy Monitor and Tech Monitor. For further coverage from the Investment Monitor writers on the challenges Biden faces in office, see also:

• Joe Biden and the future of US manufacturing
• Biden won’t solve the US’s FDI woes
• Will Biden punish Britain for Brexit?
• Joe Biden’s Made in America rhetoric is about to meet the ongoing reality of globalisation (New Statesman)