The issue of Scottish independence has again come to the fore, but any decision, should another referendum be granted, will be about more than just sentimentality and nationalism. (Photo by Andy Buchanan/AFP via Getty Images)

“Don’t vote, it just encourages them.” These words, uttered by legendary Scottish comedian Billy Connolly, encapsulated the Scottish way of thinking in much of the latter half of the 20th century. Scotland’s fortunes were decided by English politics, and more often than not by a Conservative Party that was wildly unpopular north of the border.

Since the 1990s, however, the SNP has gone from a being nationalistic fringe of little relevance to Scottish politics to being the only show in town. As the country votes on 6 May to decide the make-up of Holyrood for the next four years, anything other than an SNP majority would be a major surprise.

This victory will bring with it fresh calls for a referendum on Scottish independence. The country went to the polls on this matter a lifetime ago, in – oh – 2014, with the ‘no to independence’ vote winning out by 55% to the ‘yes’ campaign’s 45%. Since then, it is fair to say that the landscape has changed. In 2016, Scotland voted to remain within the EU, but has had to leave as the wider UK opted for a divorce. The UK’s prime minister is now Boris Johnson, a man who frequently took great delight in goading Scots during his career as a journalist, and allowed a poem referring to those north of the border as a ‘verminous race’ to be published when editor of the Spectator.

Weekly data: The state of the construction sector around the world 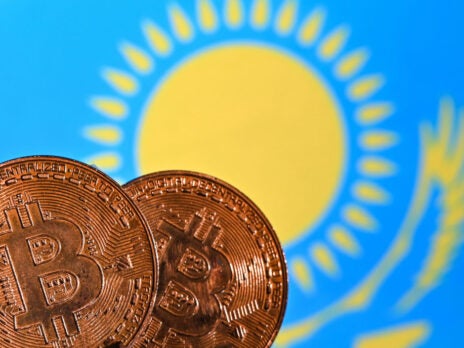 Is it game over for Kazakhstan’s Bitcoin miners?

The landscape within both Scotland and the UK has undoubtedly changed in the past seven years, but has the Scottish appetite for independence?

Scotland and England: best of frenemies

The union between Scotland and England started out with accusations and antagonism, and has arguably gone downhill ever since. When the two nations joined forces in 1707, it was after the English had stated that Scots located south of the border would be dealt with as aliens should the Scottish not advance discussions, while further threats were made about the banning of exports to England of coal, linen and cattle. Scottish historian Sir Tom Devine calls it a “naked piece of economic blackmail”.

As explained in this romp through Scotland’s history as part of the UK, the relationship since that point has ebbed and flowed. Scotland and England combined to lead the world through industrial revolution, bringing great wealth to some and non-agricultural jobs to many. Scots and Englishmen fought side by side in two world wars, but there was always a sense of the English being the uppity, parochial master, with Scotland playing the role of the put-upon, aggrieved underdog. The SNP’s initial attempts to conquer Scottish politics had a stop-start feel to them, with its first MP being elected in 1945, but its second not coming until 1967. Devolution in the 1990s held back the nationalist vote, but not for long.

This trickle turned into a stream, and by the turn of the millennium Scotland’s political map was a sea of SNP yellow. The high road and the low road led to the referendum of 2014, and in the final few days of campaigning an independent Scotland seemed to be a reality. The Conservative government called in the cavalry in the shape of former prime minister, and son of Renfrewshire, Gordon Brown to support the preservation of the union, and the UK remained united. One of the ‘yes’ voters was a 21-year-old Dundonian, Ruth Strachan, who offers this perspective on what influenced her vote in 2014, and how that would affect her thinking should the decision have to be made again.

When it comes to matters such as independence, emotion and sentiment often run rampant. Votes are made with hearts, not heads – but the cold reality for Scotland is, can it afford independence? The common perception is one of ‘probably not’. Government Expenditure and Revenue Scotland figures show that Scotland’s budget deficit increased to 8.6% of GDP in 2019–20, about six percentage points higher than the UK average (though some dispute these figures). Oil can no longer be considered the country’s economic saviour, given the global clamour for renewable energy. EU membership, should an independent Scotland choose to tread that path, would not be guaranteed, given that it may not meet the economic criteria, and opposition from Spain and Belgium would be likely given their worries about Catalonian/Flemish breakaways. Yet Scotland has an impressive record when it comes to attracting foreign direct investment (see chart) and in truth, no one can say with any degree of certainty how an independent Scotland would perform economically.

Scotland also boasts some major cities that carry real global heft. Edinburgh is an international centre for financial services, a cultural hotspot, a tourism hub, and the city boasts some of the world’s most prestigious universities. Glasgow is emerging as a force in advanced manufacturing and technology, and has shown that it can comfortably host global events such as the Commonwealth Games. Aberdeen enjoyed years of prosperity as one of Europe’s most important oil and gas hubs, but it is now helping to lead the UK’s energy transition. Dundee made its fortune on the ‘three Js’ of jam, jute and journalism, but is now better known for products as diverse as hydrogen and video games. Each city faces challenges posed by the Covid-19 pandemic and associated lockdowns, but all four are working hard to carve out a niche as the fourth industrial revolution makes its presence felt.

Scotland seems to exist in a state of flux. Independence seems tantalisingly close to those who wish to make the break, but as the Brexit vote has shown in the rest of the UK, a narrow win in a ‘yes/no’ referendum doesn’t make all the pre-existing problems go away. Those on the losing side don’t simply pack away their placards and change their opinion on the topic. The passion that such issues invoke leaves a burden to deliver on the victor, and a resentment among the losers that can end friendships and tear apart families. The age gap in the 2014 referendum – which saw under-30s vote largely for independence and over-55s mostly vote against – would suggest that independence is coming at some point. Only then will Scotland know if the gamble was worth it.