The Black Lives Matter (BLM) movement started in response to the 2013 acquittal of George Zimmerman over the death of African-American teen Trayvon Martin and spread further throughout the US, UK and other countries after the 2020 murder of George Floyd in Minneapolis. Much has been made of the political response to calls for justice and an improvement in race relations. GlobalData has looked at several socio-economic factors to try to understand, from a statistical, non-political viewpoint, the inequality being seen in the US.

Just over one-quarter (27.8%) of black people in the US have achieved a bachelor’s degree or more as their highest level of educational attainment, compared with 37.5% of white people. 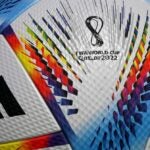 Analysis
Who is sponsoring the Qatar World Cup? 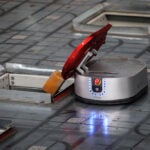 Analysis
How will robots and AR improve warehousing logistics?
Data Insights
View All

In 2009, the gap between the proportion of black and white people achieving a bachelor’s degree or higher was 10.6 percentage points. By 2020, the gap was 9.7 percentage points – only a modest improvement. The inequality gap was relatively stable between 2009 and 2020. Tertiary education rates for both black and white people improved during the period.

The likelihood of a black person in the US living in poverty is almost double that of a white person. Just under one in five black people (19.5%) live below 100% of poverty. This compares to 10.1% of white people. Perhaps even more worrying, the rate for both black (27.7%) and white (14%) people aged under 18 living below 100% of poverty are notably higher, and the gap between black and white poverty is even more prevalent.

Although the gap (at all age groups) has been narrowing, in 2020 a black person was 9.4 percentage points more likely to be living below 100% of poverty when compared with a white person.

The number of people unemployed in the US had been in steady decline from 2010 after the global financial crisis. However, in 2019/20, unemployment spiked as Covid-19 caused significant job losses. The gap between unemployed black and white people had also been narrowing between 2010 and 2019. However, in 2020 the gap widened again, indicating that black people were disproportionately more impacted by Covid-19. The proportion of black people unemployed in 2020 (11.4%) was 4.1 percentage points more than that of white people (7.3%).

Management, professional and related occupations was the largest segment of employment for both black and white people in the US in 2021. However, while one-third (33.8%) of black people were employed in this area, the figure for white people was 42.9% in this higher-paid occupational grouping, a gap of 9.1 percentage points. Although still large, the gap has closed since 2019.

More than one-fifth (21.7%) of black people were employed in the lower-paid service occupations in 2021 – a grouping of protective, food and beverage, cleaning, lower-paid health and personal related services. This compared with 14.5% of white people.

Black people also have higher proportions of earners in the lowest earnings brackets. More than one-third (38.4%) of black people earned less than $35,000 per annum, while only 22.1% of white people were within the same earning bracket.

If we were to see convergence to pure equality, we would see the lines leading towards the base of zero (i.e. perfect equality). This is not the case. The chart allows us to conclude that there is no true improvement in equality throughout the time period analysed – black people are making up a proportionately higher segment of the lower earnings brackets, while white people are more likely to be in higher brackets.

Any signs of improvements?

Some small solace is found when analysing the change in each metric between the periods analysed; by raw numbers, each metric is moving in the ‘right’ direction. There were about 3.4 million more black people with bachelor’s degrees or higher in 2020 compared with 2009 – a growth of 77%. More than 1.9 million more black people were in higher-paid management, professional and related occupations in this time period – an increase of 44%. Between 2011 and 2020, there were almost 2.5 million fewer black people below 100% poverty – a 22% reduction.

However, much of these positive changes would be expected as the US was moving out of a period of recession, and there were natural changes in other factors that influence these metrics (for example, inflation levels influence earnings levels). There are also the same movements in each metric for white people. Growth figures are difficult to analyse as they often depend upon the initial base. For example, although the growth in the number of black people with a bachelor’s degree or more (more than 77%) is greater than the growth for white people (more than 35%), the number of black people and the portion of its population having such an educational attainment starts from a much lower base.

The BLM movement is about equality. Based on the metrics analysed, it is clear that there is inequality within each metric, but perhaps more worryingly, there is little progress being made in bridging these divides. Strong leadership and policy decisions are essential to encourage relations and correct the obvious gaps. With many of these factors interrelated – for example, with a higher level of education, one would be expected to be more likely to be in employment and earn more money – helping to correct the gap in one metric can have many other positive benefits.

Ohio is a premier automotive supply chain jurisdiction. Greater than 90% of the state’s exports go to the ICE supply chain. As such, Ohio has a unique opportunity to lead in building a supply chain that capitalizes on the fast growth in electric vehicles.
by JobsOhio
Thank you.Please check your email to download the Whitepaper.
Topics in this article: Quality of life, SDGs