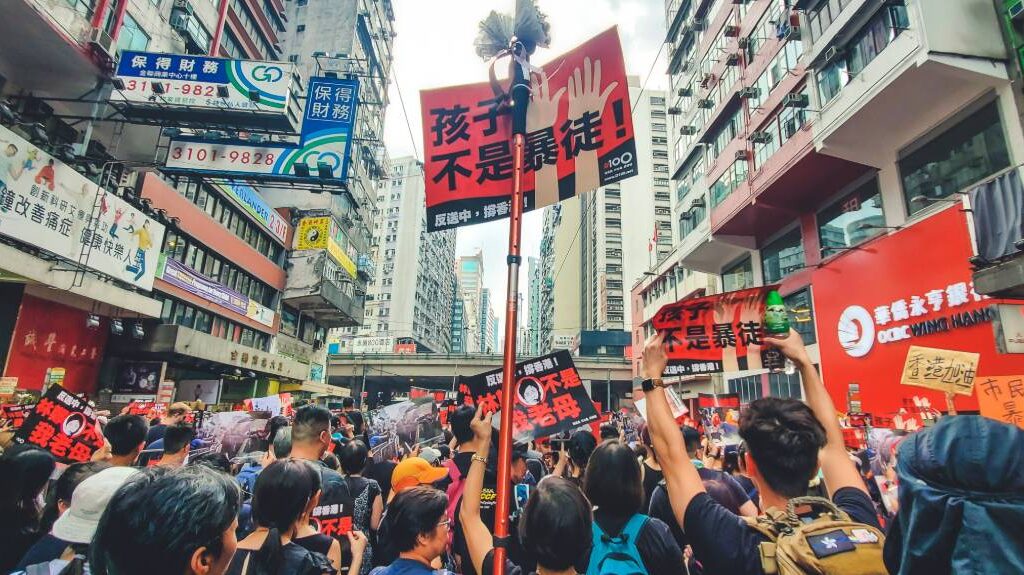 Dozens of countries, especially in parts of Africa and Latin America, currently face a ”perfect storm” of risks that could lead to “unparalleled” civil unrest in the second half of 2020, according to the latest Civil Unrest Index Projection from risk analysis company Verisk Maplecroft.

As the economic crisis from the pandemic grows, protests in emerging and frontier markets are likely to commence as the number of newly unemployed, underpaid and underfed citizens grows by the millions. Such a widespread threat to domestic stability has few parallels in recent decades.

The international outlook for global foreign investment was already a gloomy one, with flows expected to decrease by up to 40% during 2020 and 2021 due to lockdown, especially in developing countries, according to the UN Conference on Trade and Development. A series of civil disturbances across emerging markets will only exacerbate this situation.

The number of protests in emerging and frontier markets fell in March, following the widespread implementation of lockdowns, according to Armed Conflict Location & Event Data incident data. This was the calm before the storm. Protestors worldwide are now hitting the streets once more as pre-existing public anger, especially around issues of inequality and corruption, has been inflamed by a global recession.

Countries from every region except Europe are represented in the 37 economies deemed ‘at highest risk’ by Verisk Maplecroft. These include major emerging markets such as Iran, Bangladesh, Algeria, Pakistan and Egypt. However the majority of countries are located in Africa and Latin America.

The risk of protests in sub-Saharan Africa is expected to rise amid economic decline, poverty and an inability to guarantee adequate food supplies. Key markets to watch include Nigeria, Ethiopia and the Democratic Republic of the Congo (DRC). This volatile climate only requires a small trigger to set off major unrest, something that has already happened in Ethiopia, where recent mass protests led to the loss of 166 lives.

In Nigeria and DRC, growing food insecurity is stoking anger. Although rice production in Nigeria is increasing, it is still insufficient to feed Africa’s most populous country. Lagos has seen food prices increase by up to 50% in recent months and it is a similar picture in DRC, where the rising cost of staple products has led to unrest in Kinshasa and other major cities.

The worst bouts of unrest in Latin America are forecast to happen in Venezuela and Peru. However, the region’s major economies are not immune, with Chile, Brazil and Argentina sitting just above the at-most-risk ‘perfect storm’ category, alongside other economic heavyweights from around the world such as India, Russia, South Africa, Indonesia and Turkey.

While strong recovery capacity limits the level of risk, it does not eliminate it, particularly where pre-existing grievances centre around political rights or other structural issues, states the report.

India remains focused on tackling an explosion of coronavirus cases, but anger over the Citizenship Amendment Act is deemed as likely to re-emerge. Although Hong Kong quickly vanquished its first wave of the coronavirus outbreak, anti-government protests have recommenced and look set to continue despite the recently introduced national security law.

The forecast for the US is also negative. The country’s risk profile has worsened significantly since the first quarter of 2020, due to the Black Lives Matter protests, mounting frustration over job losses and president Donald Trump’s weak pandemic response, according to Verisk Maplecroft.

The RCI measures a country’s ability to bounce back from the pandemic by assessing the strength of state institutions, physical and digital connectivity, economic dynamism, population sensitivity, and country-specific factors such as natural disasters or terrorism, that could impede recovery.

These ‘perfect storms’ are by no means inevitable, so it remains to be seen what government action will be taken over the coming weeks and months to mitigate the health and economic crisis.