In late July, two assessments of the Russian economy made significant headlines.

The first came from the Yale School of Management, following new research alleging that the Russian economy has been crippled by business retreats and sanctions.

The paper, led by Professor Jeffrey A Sonnenfeld, under whom a team of 42 researchers (speaking 12 languages) has created the widely used list of companies leaving or staying Russia, draws upon unconventional data sources – such as high-frequency consumer data, cross-channel checks, releases from Russia’s international trade partners and data mining of complex shipping data – to paint a bleak but comprehensive picture of the Russian economy.

The paper, in sum, made five arguments. First, Russia’s exports and imports are down significantly across its key market, Europe, while Vladimir Putin’s ‘pivot to Asia’ is failing. Second, Russian manufacturers are missing parts due to massive supply chain disruption. Third, consumer sentiment has plummeted. Fourth, more than 1,000 foreign companies have left Russia, to the value of some 45% of the country’s GDP. Last, Russian state finances are strangled by sanctions, while its foreign reserves are evaporating. 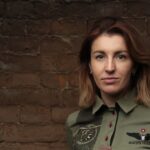 Was the IMF too cautious with its Russia report?

Two days after Yale’s report, the IMF released its World Economic Outlook update, which included several headline findings, such as: Russia is doing better than expected despite sanctions (as it benefits from high energy prices).

In an interview with Investment Monitor, Yale’s Sonnenfeld lambasts the report. “They must have accepted Putin’s propaganda naively standing on the unexamined, inconsistent statistics,” he says. “Someone should send the lazy IMF economists the facts. At least we put our methods into a public 120-page document and published it. Where are their methods?

“What are the assumptions that are backed into its forecast? Whose statistics is the IMF relying on? None of these crucial methodological wrinkles come through in its report… If you go to its ‘methodology’ on page seven of its report, [the economists] reveal that they have nothing to support their assumptions, even to reveal their assumptions.”

Investment Monitor sent Sonnenfeld’s comments to the IMF, giving right of reply. An IMF spokesperson responded with the following: “We want to stress that there is an unusually high level of uncertainty. Our latest baseline assessment of the Russian economy indicates that some sectors have been more resilient than initially projected, but this is not to say that Russia has been fully resilient to the sanctions. We are still projecting a very sizeable economic contraction this year of 6%.

“Going into 2023, we expect that the impact of the sanctions that have accompanied the war will lead to a further deterioration of economic output. We have a revision of -1.2 percentage points for [economic growth] next year. More importantly, we expect that by 2027 the economy will be some 15% smaller than was projected before the war, and the gap will grow beyond 2027. That is a substantial and permanent economic loss.”

The IMF’s report is indeed just a baseline assessment, in contrast to Yale’s deep dive. As such, Sonnenfeld’s vitriolic criticism throws into the question the real value of the IMF’s barebone analysis of the Russian economy.