Vladimir Putin’s invasion of Ukraine unleashed ongoing, and unprecedented, international sanctions on the Russian economy. The Kremlin, since day one, has lambasted these measures, calling them unethical and counterproductive.

For example, on 3 September, the Russian Embassy in the UK tweeted a statement from Sergey Lavrov, minister of foreign affairs, stating: “There have already been admissions in European capitals that sanctions are not working and are more harmful to their authors: inflation, rising prices, especially for energy. The population, the middle class, suffers first and foremost.”

Western sanctions on Russia have most certainly come at a large cost to the global economy, with Europe’s energy prices hitting record highs as Russian supply cuts begin to bite. Meanwhile, the Kremlin has also weaponised food supplies, in response to sanctions.

“The economic costs of the war and consequent price increases are felt disproportionately by vulnerable groups across all economies and particularly by those countries already facing food insecurities and fiscal challenges,” said a press release from the UK Treasury, following a recent meeting of the G7’s finance ministers.

A summer study from Yale, however, has provided comprehensive evidence against the Kremlin narrative that ‘Western sanctions are not working’. A recent statement from US Secretary of State Antony Blinken has backed the report, in an effort to call out alleged Russian disinformation. The following is Blinken’s argument, based largely on Yale’s data and criticism of Kremlin-picked economic data. 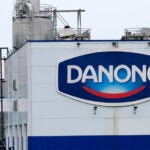 Ukraine Crisis
The price of silence: How keeping quiet and doing business as usual in Russia risks public backlash
Data Insights
View All

Fact: International sanctions are having a powerful effect on the Russian economy. The Kremlin’s purveyors of disinformation push the narrative that international sanctions have no significant effect on the Russian economy despite the fact that even Russia’s central bank chief, Elvira Nabiullina, admitted “economic activity is declining…the termination of long-term economic relations will have a negative impact”.

Russia does not have the capacity to produce domestic versions of products it once bought internationally. To try to bridge this gap, Putin even attempted to legalise intellectual property theft from “unfriendly countries”. Many of Russia’s most talented citizens have left the country in search of a better life. Researchers estimate that hundreds of thousands of academics, technology workers, artists, entrepreneurs and other members of the skilled workforce have left Russia since the Kremlin’s further invasion of Ukraine in February 2022. Even if Russia could rebuild its economy without materials from countries that have sanctioned it, the country now lacks the workforce needed to foster robust and dynamic economic growth.

Fiction: International sanctions are not effective because Russia can pivot to trading with countries that have not sanctioned it yet.

Fact: Russia is struggling to find new suppliers and customers for goods it once bought and sold globally. Since the invasion of Ukraine, Russia’s imports have dropped by 50%. The Kremlin is struggling to find new sources for important items it is unable to produce. This is notable on the battlefield where Russia is using microchips taken from refrigerators and dishwashers in its military equipment.

Publicly, Russia is touting its trade relationship with China to make up for import and export shortfalls. In reality, it is an unequal relationship as Russia needs China much more than China needs Russia. As of 2021, China was Russia’s primary source of imports; however, Russia ranked as only the 11th-largest importer of Chinese goods. Chinese exports to Russia shrunk by almost 50% from the beginning of the year to April 2022.

Russian officials incorrectly stated it can easily pivot to other buyers of its natural gas and oil exports, but exporting large amounts of natural gas to countries beyond Europe is not a short or even medium-term option for Russia. More than 90% of Russia’s gas is transported via pipeline, and the vast majority of Russia’s pipelines connect to markets and refineries in Europe. Russia would need to build expensive new pipelines or maritime facilities to meaningfully increase natural gas exports to Asia.

Fiction: The ruble’s performance shows the Russian economy is strong.

Fact: The Kremlin has enacted severe measures in order to artificially increase the performance of the ruble, which harm both Russian businesses and the general population.

Russian officials claim the ruble is the strongest-performing currency in the world in 2022, without mentioning that its relatively high value is due to the extreme capital controls Russia has enacted. After its full-scale invasion of Ukraine, the Kremlin banned citizens from sending money abroad, suspended bank dollar sales, required exporters to exchange 80% of their earnings into rubles and forced businesses to pay foreign debt in rubles. These measures propped up the value of the ruble by forcing purchases of the currency and outlawing sales. These draconian financial restrictions hurt both Russian businesses and citizens.

Fiction: The Russian government can enact policies that protect its economy from the effect of sanctions, therefore the average Russian consumer is not affected by Russia’s failing economy.

Fact: Average Russian citizens already see the effects of the Kremlin’s war on Ukraine in their daily lives. The Kremlin cannot ensure the average Russian citizen has the same quality of life as he or she did before the Kremlin made the decision to further invade Ukraine. More than 1,000 international companies across a range of sectors have left Russia in 2022, resulting in Russian citizens no longer having access to goods and services they once enjoyed. For example, Apple has left Russia and its products will no longer be available once existing stock is depleted.

Various data shows how the dire state of the Russian economy negatively impacts the lives of average Russian citizens. Inflation in import-reliant sectors such as appliances and hospital services increased by between 40% and 60%. In May 2022, new car sales dropped by 84%, indicating consumers in Russia do not have the confidence in the economy to make major purchases. Reports indicate that Russia’s domestic production in many sectors has been severely disrupted, with real impacts on Russian citizens. For example, Russian companies have stopped manufacturing cars’ airbags or anti-lock braking systems due to a shortage of necessary components, putting Russian consumers at greater risk.