Amid the beauty of the Bavarian mountains and fields, geopolitical questions of the highest order were discussed at the June 2022 G7 Summit.

“Shall we take our clothes off?” UK Prime Minister Boris Johnson asked US President Joe Biden and the other world leaders poised at the roundtable. “We all have to show that we are tougher than Vladimir Putin.” (Putin is known for his topless photo shoots, the ultimate machismo.)

Hours before Johnson’s stylistic suggestion, the world leaders announced that they would implement a ban on new imports of Russian gold (in an attempt to further punish Putin for the invasion of Ukraine). They also agreed to explore ways to impose a collective cap on Russian oil prices, so as to curb Moscow’s ability to finance its war in Ukraine.

This was all good stuff but not enough. 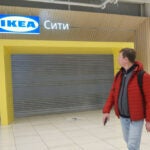 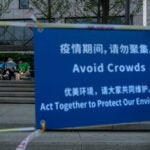 A bit more walking the walk from all G7 members

While the aforementioned efforts are laudable, the corporate exodus from Russia could have received far more attention from the G7.

Well over 1,200 companies have cut ties with Russia, albeit to very varying degrees, but companies from certain countries have totally outperformed others. For example, British businesses have excelled in their exit, with every single one taking some form of action, and often in very significant ways. Canadian companies have also excelled.

Meanwhile, Italian and French companies have lagged way behind, ranking among the slowest in the entire EU to leave Russia (after Hungary, Slovenia, and Austria). G7 nations Japan and Germany have also been sluggish, although not nearly as bad as France and Italy. In this regard, however, all four nations have moved slower than the EU average, as per the visual below.

The results are a very bad look for Emmanuel Macron, in particular. Although Italy ranks as the slowest in Investment Monitor's above table, the situation is particularly grave for France, given the size of its economy and role in the EU, and secondly, due to the fact that 26 French companies have taken zero political action, compared to 13 Italian companies.

Macron wants to be seen as the EU’s leading negotiator, and he has indeed made some of the most publicised efforts to serve as an interlocutor between Russia and Ukraine. But how can he claim to represent the EU’s pro-Ukraine agenda when so many French companies continue to operate in Russia, business as usual?

To clarify, huge French names such as Auchan-Retail, Leroy Merlin, Lacoste and Babolat have done nothing to curtail their operations in Russia. There are many reasons for this, not least French companies’ high degree of market penetration in Russia, as previously analysed by Investment Monitor.

Nonetheless, G7 nations need to be at the forefront of the corporate exodus from Russia, as pioneered by the UK and Canada (and the US to some extent too). If lacklustre and self-interested companies won’t budge, governments have the ability to use sticks and carrots. Their continued failure to do so, especially France, is undermining the G7’s credibility as a champion for Ukraine.