With the second-hand clothing market set to rocket in size within the next three years, investors are taking a closer look at this sub-sector and searching for opportunities there.

In fact, the second-hand clothing market is expected to reach $77bn in value globally in 2025, up from $36bn in 2011, according to ThredUp’s annual resale report, which contains research and data from GlobalData. The report also reveals that the resale market is set to grow 11 times faster than the broader retail clothing sector over the same period.

The ThredUp analysis also highlights how buying used clothes instead of new ones displaces the carbon emissions emitted from harmful new clothing production. The report states that when a second-hand clothing item is purchased instead of a new one, it displaces almost 8kg of carbon dioxide emissions, reducing the carbon footprint of the purchase by 82%. 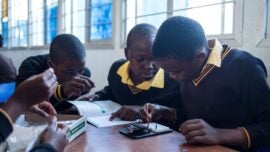 Recycling
ESG and FDI: A glossary 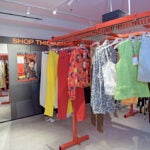 Apart from reducing carbon emissions, the second-hand clothing market also reduces the need to produce new fabric, which is essential for saving resources such as water and energy. On top of that, buying and selling second-hand clothes can prevent old clothing from ending up in landfill.

This environmental impact, along with the estimations that the second-hand clothing market will only continue to grow, have been among the key reasons that spurred mergers and acquisitions (M&A) activity in this field.

Investment Monitor has selected three deals that shaped the second-hand clothing market in 2021.

Etsy, a New York-based online marketplace, has acquired community-powered fashion marketplace Depop for $1.625bn. Depop is a London-headquartered resale marketplace, with about 30 million registered users in more than 150 countries.

Etsy believes that Depop has a highly differentiated position in the fast-growing resale space, because younger consumers adopt second-hand fashion faster than any other audience and the majority of Depop’s users are under the age of 26. Moreover, Depop has been among the most-visited shopping sites among Generation Z consumers in the US.

ThredUp, an Oakland-headquartered resale platform for women and children's apparel, shoes and accessories, has entered into a definitive agreement to acquire Remix Global. Remix is a fashion resale company that operates in nine markets across central and eastern Europe.

The price of the deal is about $28.5m, with the Remix management team given $6.5m restricted stock units to vest over four years.

The deals comes as ThredUp is seeking international expansion. The press release states that “the Remix acquisition also allows ThredUp the potential to extend its resale-as-a-service [RaaS] platform beyond the US, enabling brands and retailers to deliver customised resale experiences to their customers in Europe. A number of the world's leading brands and retailers already rely on ThredUp's RaaS platform to power their resale channels, and European expansion opens doors to potential future growth.”

Following the acquisition, Remix will operate as an independent business unit under the ThredUp umbrella. It will be led by CEO Lyubomir Klenov, whose responsibilities will include leading ThredUp’s European expansion efforts as it continues to build out its presence across other key markets.

Farfetch, a London-headquartered platform for the luxury fashion industry, has announced the acquisition of resale platform Luxclusif for an for an undisclosed sum. Luxclusif’s team will join Farfecth group as part of the deal.

Luxclusif is a business-to-business service provider with a turnkey solution, which enables the acquisition, authentication and sale of second-hand luxury goods to and from auctions, retailers, e-commerce platforms and stores worldwide.

The acquisition will “allow Farfetch to accelerate its resale capabilities through the development of key technology and service features such as automated pricing and faster geographic and category expansion of its resale service, Fatfetch Second Life,” according to the press release.

The second-hand market, as well as re-commerce activity more generally, has risen on investors’ agendas, given the positive impact they can have on promoting sustainability and contributing to the circular economy. By backing projects in these sectors, investors can also help move towards the targets of the UN's Sustainable Development Goals (SDGs), particularly SDG12 (which involves ensuring responsible consumption and production) and SDG13 (which focuses on climate action).