In February 2017, Gina Lopez, the Philllipines’ then environment secretary and a long-time green activist, ordered 23 of the country’s 41 mines to close permanently and another five to suspend operations indefinitely for alleged environmental violations. That decision was overturned by President Rodrigo Duterte last December, and the new government led by president-elect ‘Bongbong’ Marcos – who assumes office on 30 June – is likely to continue with the change of direction.

The government’s decision is underpinned by the knowledge that nickel is the most important metal by mass in the lithium-ion batteries used to power electric vehicles and is set to play a vital role in the global green energy transition. In 2020, Tesla CEO Elon Musk asked mining companies to, “please mine more nickel”, and nickel prices have jumped by more than 35% between 1 January and 20 May this year.

The Philippine Government would like to triple the size of the country’s mining sector by 2027, and nickel will form a cornerstone of any such resurgence. Yet environmental concerns remain, and the challenges of trading in an increasingly globalised sector, mean that any optimism for the future of nickel in the Philippines ought to be tempered.

Making up for lost time 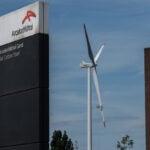 Mining
FDI in metals and minerals in 2021: The state of play 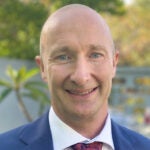 The Mines and Geosciences Bureau (MGB), part of the Philippines’ Department of Environment and Natural Resources, notes that the country could have as many as 190 new mining projects during the next four years and up to 40% will be open-pit mines. Nickel – which comes from laterite deposits in the country – will account for one-third of the new mines and make up the bulk of the new open-pit mining.

The MGB said in March that about 12 new metallic mines – mostly nickel projects – would begin commercial operations this year.

“The moratorium on new mining agreements, not just for nickel, was reversed last year to aid pandemic recovery, as it is expected to inject more tax revenue and provide more jobs in the far-flung areas of the country,” says Mitzi Sumangil, associate commodity analyst, metals and mining research at S&P Global Commodity Insights.

“The potential of the mining sector to help the economic recovery is very high,” says Wilfredo Monacano, the director of the MGB, whose agency has drawn up plans for the future of the country’s mining sector in the form of the Philippines Minerals Industry Roadmap.

“Under phase one [of the roadmap] we suggested policies that would stabilise the business environment and they are already in place,” Moncano continues. “Under phase two – which we are currently under – we have identified priority mining projects for different commodities, including nickel, gold and copper. The plan is to expand the production capacity of existing mines and to open up new mines.”

The Philippines is the fifth-most mineralised country in the world with an estimated $1tn in untapped reserves of copper, gold, nickel, zinc and silver. Under its national constitution, the state owns all natural resources including minerals, and the exploration, development and use of mineral resources are under the full control and supervision of the state.

According to the US Geological Survey, the Philippines boasts the fifth-largest reserves of nickel in the world, and according to S&P Global, it accounted for a quarter of Asian mined nickel production in 2021.

Beyond these larger projects, a total of 190 planned new projects would bring the overall number of workers in the metallic and non-metallic mining sector up to as many as 600,000 by 2027 from around 215,000 today. Currently, the large-scale mining sector contributes around 0.7% to GDP but, if all the new projects come to fruition, that could rise to as much as 5% by 2027.

The Philippines’ return to nickel mining comes at a time where demand for the metal has never been higher. According to research firm Wood Mackenzie, nickel consumption for EV batteries is projected to leap 64% between 2019 and 2025. Indonesia’s first plant to process nickel for use in batteries was commissioned in May 2021, with at least seven more projects in the pipeline.

“We understand now that the Philippines has been shipping nickel ore directly to China and Japan but, as the regulator, we are linking with the national congress because we want to ‘value add’ to our mineral ores that are being extracted,” says Moncano. “During the incoming administration, we would propose that congress passes a law to mandate the gradual restriction on the direct shipping of the ore, so that domestic processing can be established in the country and add value in particular to nickel.

The Philippines has been China’s biggest supplier of nickel ore and concentrate since Indonesia introduced its ban. It will be hard for the country to move significantly down the nickel supply chain, as the production of nickel-rich cathodes in lithium-ion batteries requires a stringent, high-purity class I nickel as feedstock to produce the key ingredient, nickel sulfate. Traditional stainless steel feed of nickel pig iron (NPI) and laterite ores have not been suitable for the production of these batteries.

Moncano says it is possible that the Philippines will supply a greater volume of nickel to Western companies in the future, and such global deals are quickly becoming a necessity of the modern mining industry.

“It’s a business decision on the part of the individual mining companies [in the Philippines] but the nearest and biggest consumer of this nickel ore is China,” Moncano says. “There would be additional costs to transport it to Europe for processing, say [but]e do not discourage it.”

“While some legislative hurdles have been removed, the country’s mining industry still has a long way to go,” says Sumangil. “Stable government policies, strong economic plans, and transparency can secure investment, but there is also a need to assure and prove that the extractive mineral industry will safeguard the environment and its directly impacted communities.”

A strong business case can be made for the Philippines to establish new open-pit nickel mines, amid such high global nickel prices. Thousands of jobs will be generated. However, it is highly unlikely that new mines can be opened up without causing significant environmental damage.

The prospect of environmental damage remains the greatest obstacle to more widespread mining operations, with environmentalists heavily opposed to the new projects. Neri Colmenares, the chair of the Bayan Muna political party, said in an interview with the Phnom Penh Post that the government should stop using economic recovery as an excuse for allowing destructive, large-scale mining since there were “far better ways to revitalise the economy”.

“It is a death sentence for our forests, rivers, mountains and the communities that depend on them,” he said.

Moncano is more sanguine about the potential environmental impact. “Under phase one of the roadmap there are already existing policies that would minimise the adverse impact of surface mines,” he says. “For example, a nickel project with an annual mining capacity of one million wet metric tonnes would only be allowed to disturb a maximum area of 50ha at any given time. They are not allowed to develop new areas until the mined-out areas are progressively rehabilitated, restored and revegetated. There is a limit on the production of allowable disturbed area.

“Submarine deep sea tailings disposal was allowed in the country until the early eighties but it’s no longer allowed,” continues Moncano. “Tailings disposal now takes place via the construction of a storage or sedimentation facility inland. Tailings containment is now inland [and] there has to be a balance between the economy and environmental protection.

This article originally appeared on our sister website Mining Technology.

Topics in this article: Mining
SUBSCRIBED