In March 1974, French Prime Minister Pierre Messmer took to national television. Military conflict to Europe’s east had been brought home in the form of an energy crisis, one that threatened spiralling inflation across the Western world.

Messmer’s answer was startlingly simple. “France has not been favoured by nature in energy resources,” he conceded. “Our great chance is electrical energy of nuclear origin.”

In the name of energy security, Messmer ordered the construction of 44 new nuclear power plants to be under way within seven years, with 120 operational by the year 2000. The plan, as he put it, was for France to go “all nuclear, all electric”.

Strong state control over the energy sector meant the construction could proceed apace, with the first plants beginning construction within months and being completed in just six years. 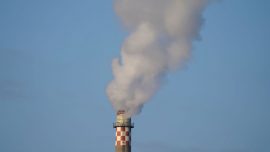 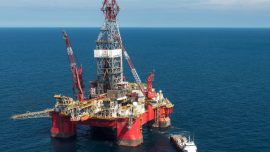 The problems that would beset the Messner Plan doomed nuclear power more broadly. The 1980s saw rising interest rates and declining public support as well as the growing privatisation and decentralisation of energy systems across Europe.

Although the plan was never fully enacted, meeting just over one-third of its target, the result nevertheless remains perhaps the most significant example of an advanced economy transitioning to green energy.

The plants built worldwide in that decade still represent about 40% of overall nuclear capacity today, according to the International Energy Agency (IEA). Though nuclear power is now responsible for just 10% of global electricity generation, down from 18% in the 1990s, it remains the second most important low-emissions source (after hydroelectric) and has shaved an estimated 20% off global electricity-related emissions since the 1970s.

Almost 50 years later, with a 1970s-style energy-inflationary crisis now coinciding with the increasingly urgent threat of climate breakdown, could the stage be set for nuclear’s second coming?

Could nuclear power have a role in fighting climate change?

That is the question posed by the IEA’s recent report on the role of nuclear power in the energy transition.

Under the agency’s plan for reaching net zero by 2050, nuclear power is set to play a small but vital role in compensating for nature’s inherently variable supply of wind and sunshine. In China, for instance, the IEA’s plan would see nuclear power providing just 10% of overall electricity but almost half the system’s inertia (a key component of flexibility).

The alternative would be to combine fossil fuel plants fitted with carbon capture technology and an unprecedented level of energy storage capacity in the form of batteries and hydroelectric dams. The IEA estimates that achieving net zero with these methods would require an additional $500bn in investment, raising consumer electricity bills by an average of $20bn per year and continuing to expose them to fossil fuel price fluctuations.

Keeping costs down while avoiding power outages would also require building significant excess capacity. The IEA estimates that every gigawatt (GW) of nuclear capacity forgone in such a scenario would need to be compensated with 3.5GW from other sources. As well as increasing costs, the agency warns, such a strategy would lead to a major increase in demand for materials that are already likely to be in short supply during the energy transition.

That is not to say that the IEA’s targets will be easy to meet. Nuclear power capacity will need to nearly double by 2050, increasing by 399GW. By contrast, over the past three decades total capacity has risen by just 60GW and under current policies is set to rise by just 117GW by 2050 – less than one-third of the necessary increase. To meet that goal, annual investment will need to rise to $100bn by 2030 (up from $30bn per year in the decade to 2020).

Russia and China are cornering the market

There are some signs that major economies are heeding the IEA’s advice. Ten new power plants broke ground in 2021, twice as many as was typical in recent years, while transition strategies recently announced by the UK, France, China, India and Poland all give substantial importance to the role of nuclear power.

In France, those plans include €50bn ($52.23bn) to begin work on six new reactors by 2028, while the UK plans to source one-quarter of all electricity from nuclear power by 2050. South Korea’s newly elected president has pledged to halt the country’s current phase-out plans, to restart construction at two sites and to build ten plants overseas by 2030.

Even in Germany and Japan, which began to phase out nuclear power entirely following the 2011 Fukushima accident, the conversation has shifted noticeably. Japan has begun the process of restarting its shuttered plants, while Germany, which has shut down 33 of its 36 reactors since 2011, is now considering extending the lifetime of the three that remain.

These developments mark a sharp turnaround. In recent years, major nuclear construction projects in advanced economies have been beset by delays and cost overruns. Some of the issues are simply due to a lack of expertise or unreliable supply chains, reflecting the long neglect of the sector, while others have been blamed on a lack of regulatory stability – requiring frequent mid-construction design changes and limiting companies’ ability to repeat designs.

In the past few years, that gap in the market has been increasingly filled by Russia and China. Of the 31 nuclear power plants that have started construction since 2017, 17 are of Russian design and ten Chinese.

Both countries have sought to secure a place as market leaders, with China using the UK as a springboard for its ambitions in Europe. Russia is already a major global player, with 14 of its 17 recent plants being built in India, China, Bangladesh or Iran. Finland had also been planning to receive a Russian-designed plant but cancelled the contract in the wake of the war in Ukraine.

Russia’s position is likely to be of particular concern for European governments currently scrambling to reduce their exposure to the country’s energy exports. Its structural advantage in the market is based partly on its own historical enthusiasm for nuclear power and the accompanying growth of expertise and supply chains as well as its close relationship to Kazakhstan, producer of 41% of the world’s uranium.

As of 2020, according to the IEA, Russia supplies nuclear fuels, parts and expertise to 73 Russian-designed reactors around the world, accounting for 16% of the world market. That same year, Russia accounted for 38% and 45% of the world’s uranium processing and enrichment capacity, respectively, including one-quarter of each for the EU’s member states.

Governments will need to act fast

The immediate issue for advanced economies is extending the lifetime of existing plants, with the number of operational plants worldwide set to shrink by one-third by 2030 unless action is taken. The US has already extended the lifetime of 88 of its 93 reactors, with President Joe Biden’s recent infrastructure bill providing $6bn more for this purpose. Such extensions, the IEA estimates, have already prevented the loss of more than one-quarter of total capacity that would otherwise have occurred by 2020.

With the average European reactor now aged 38, compared with just five in China and 15 in India, another issue is the withering of supply chains and the loss of expertise, which raises costs and contributes to inexorable delays. Without the return of nuclear power on a significant scale, those trends are likely to continue, further eroding Europe’s ability to compete in the global market.

Such a return is likely to require significant government intervention, including major regulatory changes.

If it is to compete with wind and solar, the IEA estimates that the cost of nuclear power needs to fall by 44% by 2030 (and by 72% if it is to compete with carbon capture technology). The agency says that costs could be reduced substantially through regulatory changes, allowing producers to finalise designs before construction, to build multiple units at the same site and to reuse designs for subsequent plants.

The IEA also notes that nuclear power’s most valuable attribute – its ability to compensate for renewable energy supply shortages – is not properly valued under current market mechanisms. In most energy markets, price caps serve to limit the amount producers can charge for electricity provided during these lulls, depressing investor interest in nuclear power.

If governments are to maintain price caps, important as they are for consumer energy security, they may need to do more than merely regulate. Nuclear power has rarely been successful in courting sufficient private sector investment. Projects are extremely complex and capital-intensive, and provide returns only gradually over the course of 40–80 years. Moreover, regulatory hurdles and the complexity of operations can add unexpected costs, requiring investors to balance their desire for timely returns with the need to maintain competitiveness with other sources of power.

As a result, successful projects have historically relied on government largesse, whether that be in the form of direct state ownership or measures taken to shift the risk from investors to consumers and taxpayers.

It is the latter 'derisking' approach that has been advocated by the World Bank, and recently adopted by the UK government in the case of nuclear power. By shifting risk away from investors, the thinking goes, such policies can lower the cost of capital and, ultimately, consumer energy prices. Similarly, the malign incentives produced by price caps could be avoided were governments to make up the difference out of their own budgets.

Such approaches, despite their name, are not without risk. Consider the 'take-or-pay' agreement, under which the state guarantees to pay a certain amount to producers even if no energy is delivered. Under one such contract, the Nigerian government was forced to pay $137m over two years for energy that was never used. Ghana, Kenya and South Africa are all reconsidering their own take-or-pay agreements in light of such scandals.

If governments are to meet the IEA’s ambitious targets for nuclear power, a more hands-on approach may be necessary. Messmer’s state-led plan ultimately failed for a host of reasons, including issues of public support and interest rate hikes that loom over the current debate. If the recent success of Russia and China’s nuclear programmes is anything to go by, however, excessive government investment was not among them.

Topics in this article: ESG, renewables